Trump's attention on Iran is more "obsession than strategy" 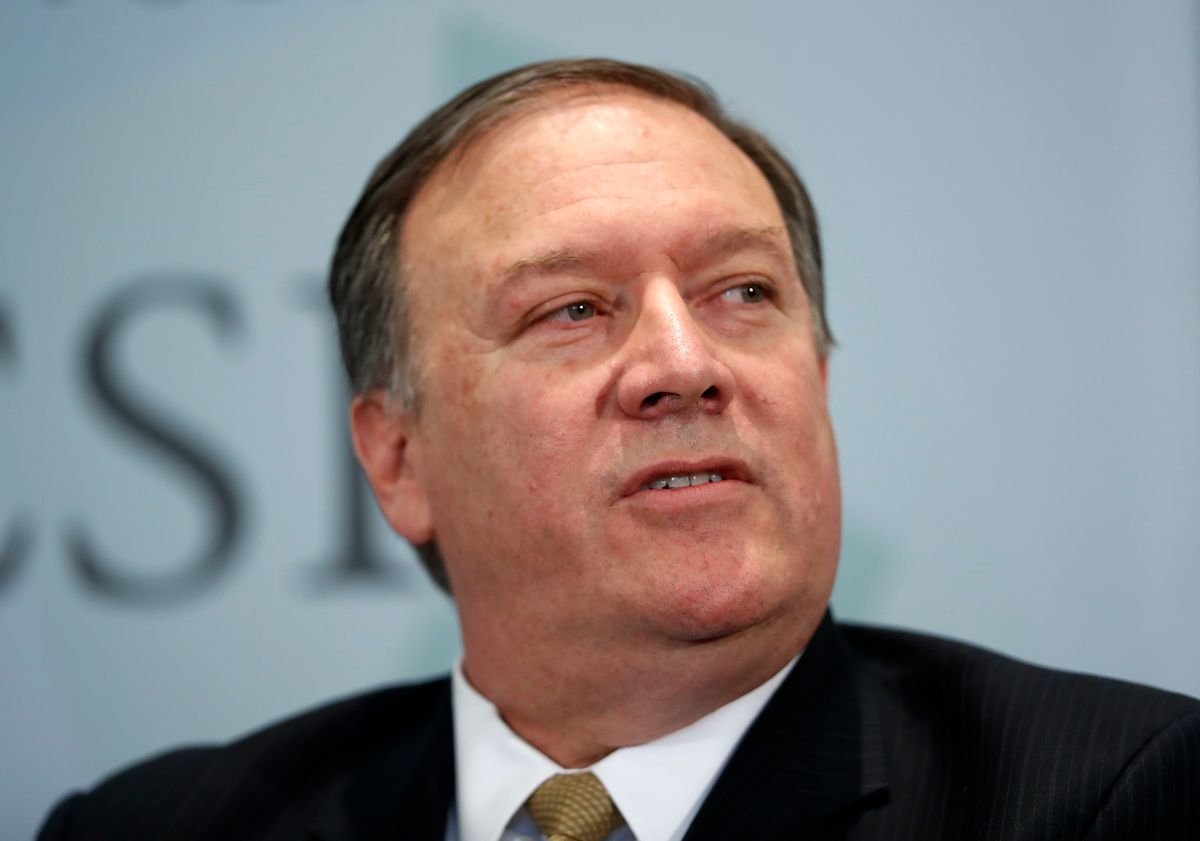 President Trump’s policy of “maximum pressure” on Iran, notes former CIA analyst Paul Pillar, is more obsession than strategy, and a not-so-mysterious explosion on the outskirts of Baghdad Monday shows why.

Iraqi political analysts are blaming the attack on Israel, saying it follows two attacks earlier this month on facilities of Iranian-backed militias in Iraq. According to an Israeli news report, Israel launched the two attacks with U.S.-made F-35 jets.

The dynamic exposes two underappreciated realities of Trump’s Iran obsession: Any U.S. war on Iran will ignite war in Iraq, and U.S. credibility is visibly faltering across the region. When things go wrong, a strategy can be rethought. An obsession can only ignore the warning signs.

The U.S.-Saudi war in Yemen that was supposed to check Iran’s power is now in disarray. The bloody war that Trump continued, over the bipartisan congressional objections, has generated the world’s worst humanitarian crisis, and it is farther than ever from success.

The U.S.-backed Yemen war is losing allies, even among the Persian Gulf states that fear Iran. First, the United Arab Emirates announced it is now bailing out of the Yemen war effort. Then, separatist Yemeni forces, backed by the UAE, took the southern port city of Aden from the Saudi-backed forces. Saudi Arabia is now fighting another war in Yemen that has nothing to do with Iran. It’s a maximum mess.

In Europe, no government has joined Trump’s anti-Iran crusade (though John Bolton is whispering in the ear of the new Trump-loving prime minister, Boris Johnson.) Last month Germany refused to join a U.S.-led naval mission to the Persian Gulf aimed at deterring Iranian attacks, saying everything should be done to avoid escalation sought by Washington.

When it comes to “maximum pressure,” the international reaction is: “include me out” — except in Israel, and therein lies the danger for the U.S. government and the American people. Israel has a vested interest in escalation, not de-escalation, with Iran.

Iran is growing stronger across the region and in Iraq in particular. Since last summer Iran has been delivering of short and medium range ballistic missiles to the PMUs. If fired from southern and western Iraq, these missiles could reach Riyadh and possibly Tel Aviv. They are Iran’s main deterrent to a U.S.-Israeli-Saudi attack and thus a threat to Israeli freedom of action in the region.

“The logic was to have a backup plan if Iran was attacked,” an Iranian official told Reuters. “The number of missiles is not high, just a couple of dozen, but it can be increased if necessary.”

Since January, Secretary of State Mike Pompeo has pressured the Iraqi government to order the dissolution of the Iranian-sponsored Popular Mobilization Units. The PMUs, as they are known, are the Shia militias that led a successful fight to drive ISIS out of western Iraq in 2017. They are Iraqi versions of Hezbollah combining Iranian-trained military forces with political fronts. (The bombings attributed to Israelis all targeted PMU facilities.)

The PMUs are controversial in Iraq. While hailed for their role in fighting ISIS, their subsequent expansion into domestic politics was not. Ayatollah Ali Sistani, the nation’s religious leader, blessed the PMUs’ war on ISIS with a fatwa in 2014 but openly opposed their electoral list in 2018.

Nonetheless, the PMUs’ political alliance, known as Fateh, finished second in Iran’s 2018 parliamentary election and helped select Prime Minister Adel Abdul-Mahdi. According to Iranian news reports, Pompeo made it clear in a January meeting with Abdul-Mahdi that Washington would not react to Israeli attacks against the PMUs.

As Iraq incorporates the PMUs — and there are more than 40 of them — into its armed forces, Iran is bolstering their independence. During the recent meeting in Tehran, a spokesman for one PMU, the Hezbollah al-Nujaba Movement, said any government in Iraq that stands against Iran will be overthrown in a matter of weeks.

That threat is overstated, but the influence of the PMUs is not. They helped save the country when ISIS erupted in 2014. They wield “significant political and military power,” according to the Jamestown Foundation, a security think tank that is hostile to Iran. Despite Pompeo’s pressure, their dissolution is “quite unlikely.”

Thanks to Trump’s policy, the incentives for Iraq to side with Iran are growing. No Iraqi government can afford to be seen making common cause with Israel. When Israel announced last week it would join a U.S. coalition to protect Persian Gulf maritime traffic, the pro-American government in Iraq spurned the idea. Iraq “rejects any participation of forces of the Zionist entity in any military force to secure passage of ships in the Arabian Gulf,” said Foreign Minister Mohammed Ali al-Hakim.

“Iraq will work to lower tensions in our region through calm negotiations,” al-Hakim said, while “the presence of Western forces in the region would raise tensions.” As a result of Trump’s “maximum pressure,” Iraq had adopted the message of the U.S.-sanctioned Iranian diplomat Javad Zarif: the U.S. campaign against Iran is a menace, and “only regional nations can make regional peace.”

The U.S. alliance with Israel comes with a high political price that Trump appears willing to pay. The secret attacks may enhance Israeli security; they also serve to isolate Washington from its Iraqi allies. The attacks may degrade Iran militarily; they also bolster Iran’s standing politically. They may make Israelis nominally safer. They also make the remaining 5,200-plus U.S. troops in Iraq more vulnerable.

In short, the secret Israeli attacks increase the chances that any U.S.-Iran war will be fought in Iraq, where the U.S. intervention proved to be a disaster 15 years ago. And there’s no reason to think the Israeli attacks won’t continue.