Why Jeffrey Epstein surrounded himself with scientists 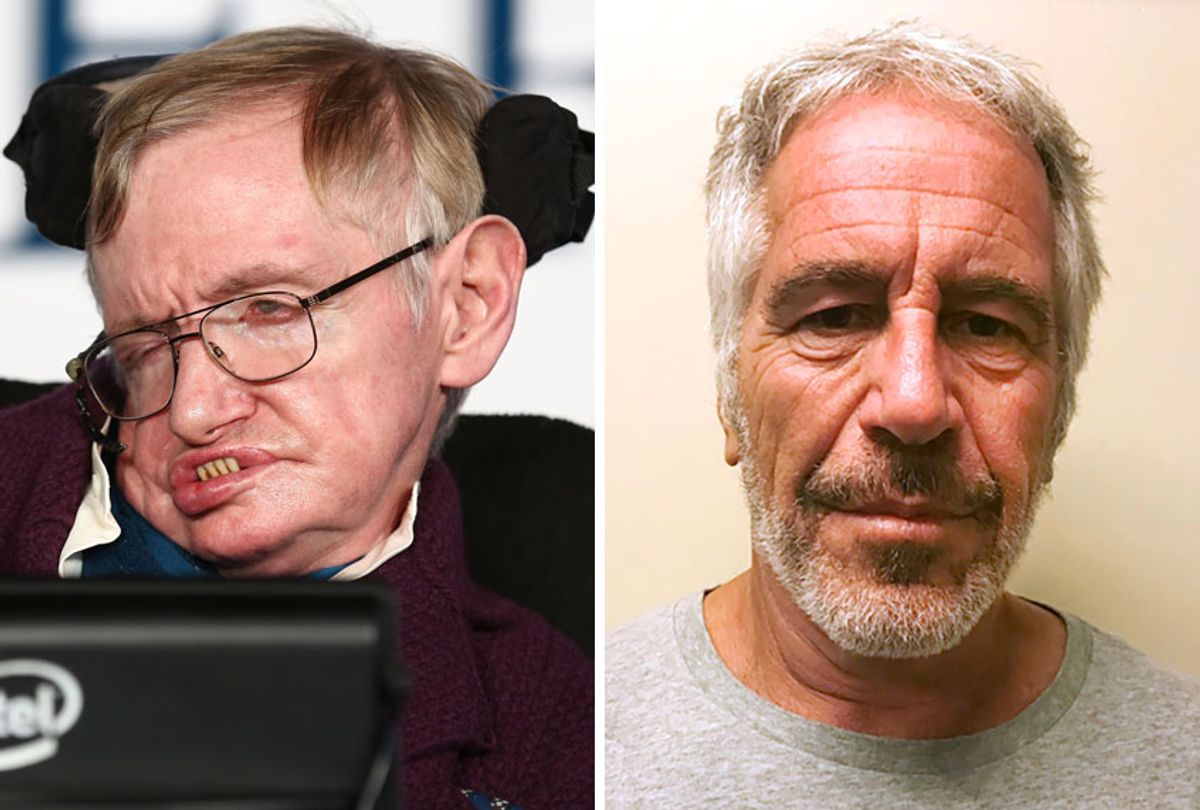 Wealth and power often beget one other, but they are not synonymous; moreover, those with one quite often crave the other. And so the wealthy financier Epstein sought to feel more powerful by surrounding himself with those whom he thought of as influential, whether politicians (like Bill Clinton), artists (like Matt Groening) or even prominent scientists. Unsurprisingly given the sex trafficking charges Epstein faced at the end of his life, many of his associates have been scrambling to downplay their associations with him.

That Epstein was interested in cavorting with scientists does not bode well for the sciences at large — mainly, what it says about the culture of scientists is dangerous and antithetical to the process of science.

The term “star system” refers to a Hollywood phenomenon of the 1930s onwards, whereby studios both exploited and nurtured the celebrity of their actors. This was a change from the late nineteenth century, when starring actors were often not even credited in films.

The idea behind the star system is that consumers will go to see a movie not because they know it is well-acted, but because they follow the career of a specific actor or exhibit a fondness for them. In turn, the star system cultivates the image and appeal of these actors off-screen. Thus, the qualifications for working as an actor in the star system are not necessarily that one is a good actor; one merely needs to be attached to this celebrity PR apparatus.

Nowadays, the star system in Hollywood is so normalized that few of us see this strange system as an aberration. But if you compare it to any other industry, it makes no sense: when you’re hiring for a position, would you not choose the best candidate for the job, rather than a famous one who may not be particularly good at their job, but whom many people know by name due to a relentless celebrity news cycle?

And yet this is the modern norm in Hollywood: once an actor gains the imprimatur of “fame,” they become a marketable celebrity, sought-after to appear in big-budget films. An excellent sketch artist might demo her talents and get hired as a portraitist on the spot; but an excellent actor who isn’t famous can’t merely go down to Disney studios and get a leading role in the next Marvel film. It doesn’t work that way.

But the sciences — ideally — should. That’s because the main notion behind the academy is that it is a meritocracy: all scientists’ hypotheses should be weighed the same, and those that withstand repeated testing should be the ones that we keep around. Hence, Charles Darwin is a household name, but few know of Georg Ernst Stahl, promoter of the long-discredited phlogiston theory of chemistry.

"Overall, the star system is seen as a rarefied phenomenon applying to the academic rich and famous, separate from the normal and more staid careers and practices of work-a-day academics," Jeffrey J. Williams wrote in the Minnesota Review in a 2011 issue dedicated to the topic of the star system in academia. Williams notes that the star system's arrival was "seen as a popular cultural phenomenon imported to the academic sphere... criticized as a foreign or specious measure imposed on scholarly work." He adds:

Most extremely, it is viewed as evidence of venal influences encroaching on the presumably purer academic realm, and condemned as one further sign of the decline of the academy and contemporary intellectuals therein.

Epstein, thus, was attracted to these specific scientists because of their star power: the media industry's star system concept had leaked into the scientific academy.

That is not to say that the scientists Epstein invited to his house were "bad" scientists in any way: merely that they had attained a kind of celebrity status, and celebrity has the nasty side effect of reducing other people's ability to criticize you. We saw this play out with Donald Trump in the public sphere in a severe way in the 2016 election: Trump is wealthy, and famous, and therefore successful and good, many rationalized. His celebrity status outshined the ability to think critically about his political qualities — not for all of us, but a significant portion of the American electorate was seduced to some degree by his celebrity. Think of celebrity as a sort of halo that surrounds someone — and the religious metaphor is apt, I think, because both religiosity and celebrity imply a degree of worship.

It is precisely that worship that will damn our ability as a civilization to progress scientifically. Hence, that the star system exists within the sciences bodes poorly for all of us. It means that bad or failed ideas might linger for longer than they should, because they have the imprimatur of fame — not a testable or scientifically rigorous condition if there ever were one. And it means that good scientists doing good science might miss promotions or recognition by virtue of not being stars, while middling scientists who have attained stardom might experience the inverse.

The point is, the star system is antithetical to the sciences — as it is to the academy as a whole. Jeffrey Epstein lived in a decrepit vortex of celebrity and power, taking scientists under his reign because of their celebrity. His association with them is tainting, but it speaks to how celebrity can distorts one's perception.