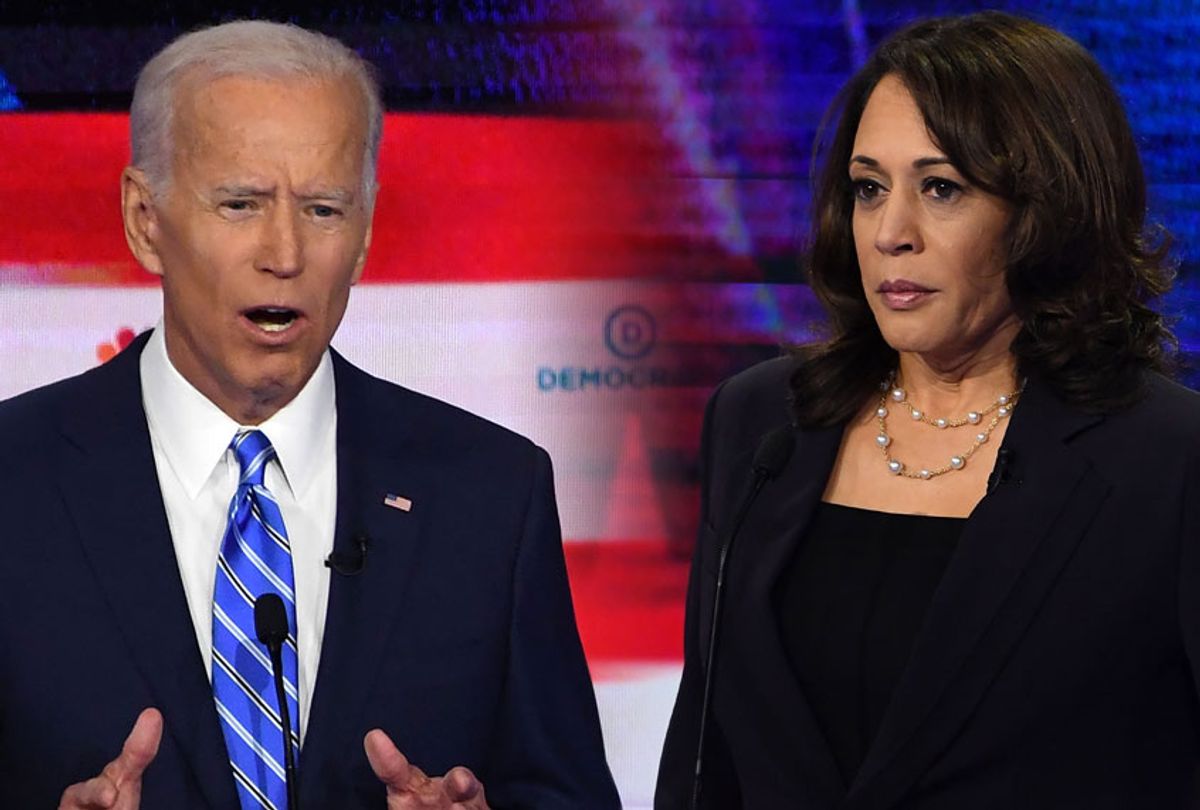 Joe Biden has expanded his lead over the nearly two dozen Democrats running for president in 2020, according to the results of a new CNN/SSRS poll released Tuesday.

The survey finds that 29 percent of registered Democrats and Democratic-leaning voters name the former vice president as their top pick to run against President Donald Trump next year.

Biden's surge in support gives him, at least according to the poll, a double-digit lead over his next-closest rival: Sen. Bernie Sanders of Vermont, who is at 15 percent. Sen. Elizabeth Warren of Massachusetts is in third with 14 percent, followed by Sen. Kamala Harris of California and Mayor Pete Buttigieg of South Bend, Ind. who are polling at 5 percent each.

All other candidates in the crowded field featuring nearly two dozen Democrats are polling at 3 percent or less. In addition, the difference between Sanders and Warren is within the poll's margin of error.

The latest poll reveals Biden has gained support since the previous CNN/SSRS poll, conducted in June. No other presidential hopeful made significant gains over that time period, though Harris has seen her support drop considerably since the previous poll, which showed her in second place and trailing only Biden. Harris at the time stood at 17 percent support, while Biden received 22 percent.

But now, roughly two months later, the same poll found Harris has the support of just 5 percent of registered Democrats or likely Democratic voters. The senator's current numbers have dropped to the level of support she had in the spring, before her initial debate performance.

The previous CNN/SRSS poll was conducted in the wake of the first Democratic presidential debates. Harris saw a surge in support after her much lauded performance at the debate, where she confronted Biden over the issue of race.

Harris took aim at Biden over his civil rights record, as well as remarks the former vice president made earlier this year about his "civil" working relationship with segregationist senators in the 1970s.

Biden's numbers, which took a hit after the first Democratic debate, have rebounded since then, while Harris's have returned to roughly where they were pre-debate.

The CNN Poll was conducted by SSRS August 15 through 18 among a random national sample of 1,001 adults reached by a live interviewer on landlines or cell-phones. Results for the full sample have a margin of error of plus or minus 3.7 percent, and plus or minus 6.1 percent for the subsample of 402 registered Democrats and Democratic-leaning voters