Reps. Ilhan Omar and Rashida Tlaib question whether Israel is a true ally of the US

"Denying visit to duly-elected members of Congress is not consistent with being an ally," Omar said to reporters 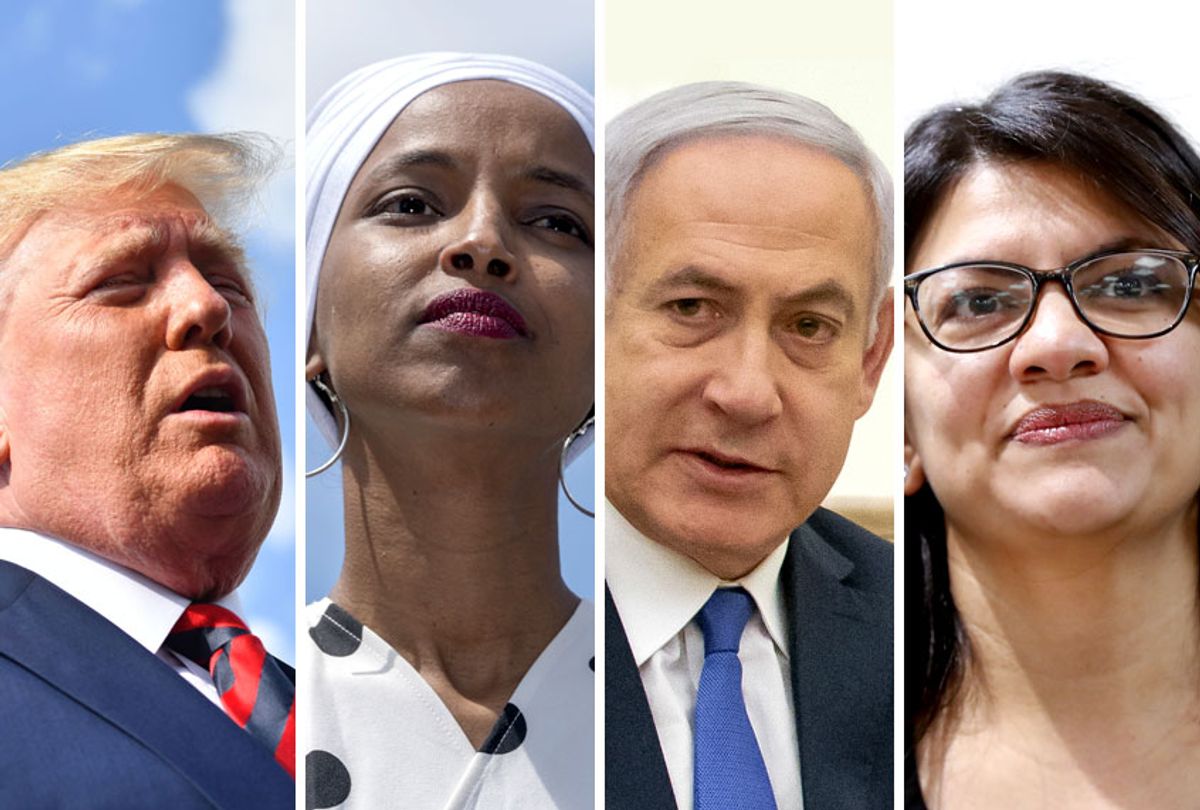 Reps. Ilhan Omar of Minnesota and Rashida Tlaib of Michigan denounced Israel's decision to bar them from visiting the Middle Eastern nation during a press conference in which they also questioned whether Israel is a true ally of the U.S.

"The only way to preserve unjust policy is to suppress people's freedom of expression, freedom of association and freedom of movement," she added.

Although Tlaib was subsequently granted admission to Israel in order to visit her 90-year-old grandmother, she rescinded that offer because of a stipulation that she not use her trip to advocate for a boycott of Israel.

"Through tears, at three o'clock in the morning, we all decided as a family that I could not go until I was a free, American United States Congresswoman coming there, not only to see my grandmother but to talk to Palestinian and Israeli organizations that believed that my grandmother deserves human dignity as much as anyone else does," Tlaib said.

Omar called into question the legitimacy of the alliance between Israel and the U.S. She also suggested that the Middle Eastern nation was behaving in a way antithetical to democracy.

Although it had been contemplated by the Israeli government for some time, the decision to ban Omar and Tlaib was announced shortly after President Donald Trump tweeted that to do otherwise would "show great weakness" on Israel's part.

"It would show great weakness if Israel allowed Rep. Omar and Rep. Tlaib to visit. They hate Israel & all Jewish people, & there is nothing that can be said or done to change their minds. Minnesota and Michigan will have a hard time putting them back in office. They are a disgrace!" the president wrote on the social media platform.

In a statement to CBS News explaining his decision, Netanyahu argued that "as a free and vibrant democracy, Israel is open to critics and criticism, with one exception: Israeli law prohibits the entry into Israel of those who call for and work to impose boycotts on Israel. Congresswomen Tlaib and Omar are leading activists in promoting the legislation of boycotts against Israel in the American Congress."

"We disagree with Reps. Omar and Tlaib’s support for the anti-Israel and anti-peace BDS movement, along with Rep. Tlaib’s calls for a one-state solution. We also believe every member of Congress should be able to visit and experience our democratic ally Israel firsthand," AIPAC wrote on Twitter.