Trump's cancellation was a shock, since he said the planned trip was unrelated to his interest in buying Greenland 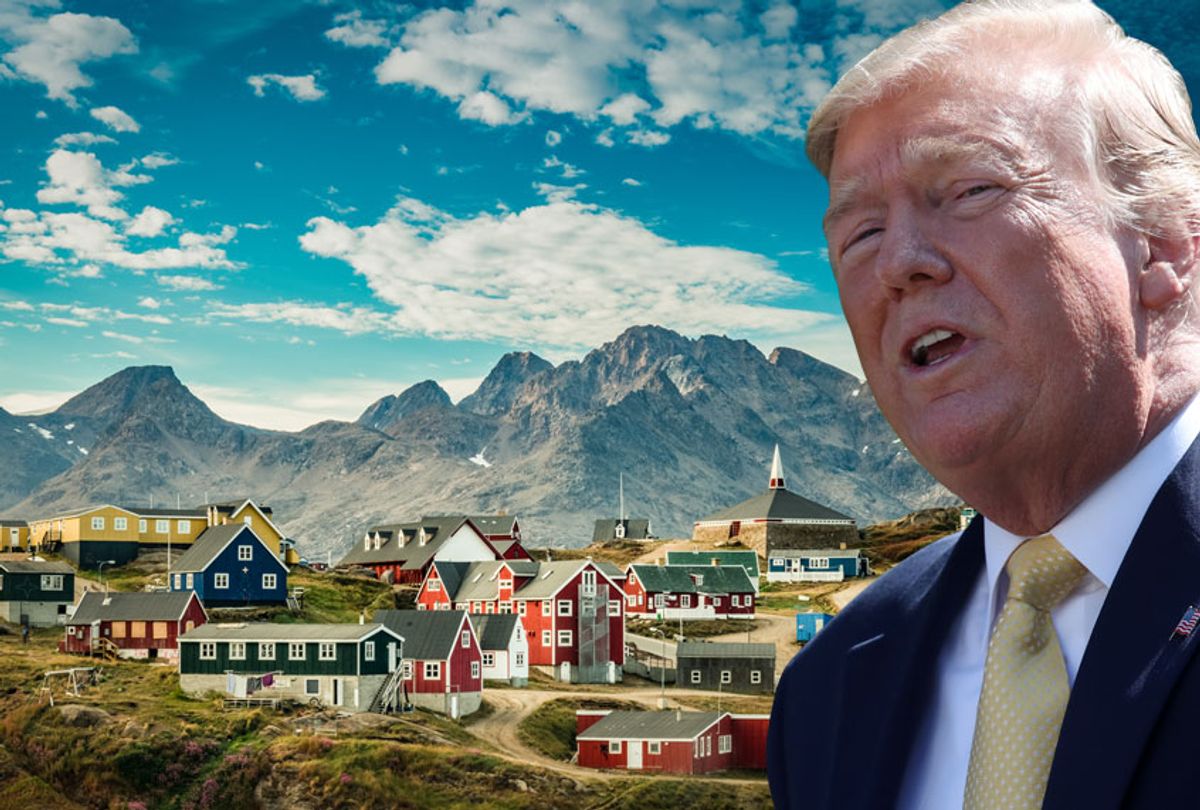 President Donald Trump announced on Twitter that he has postponed his scheduled trip to Denmark after the European nation's prime minister described his interest in purchasing Greenland as "absurd."

"Denmark is a very special country with incredible people, but based on Prime Minister Mette Frederiksen's comments, that she would have no interest in discussing the purchase of Greenland, I will be postponing our meeting scheduled in two weeks for another time," Trump tweeted Tuesday night.

"The Prime Minister was able to save a great deal of expense and effort for both the United States and Denmark by being so direct," he continued. "I thank her for that and look forward to rescheduling sometime in the future!"

Trump and first lady Melania Trump had accepted an invitation to visit Her Majesty Margrethe II, the Queen of Denmark, and had been expected to meet with business leaders and participate in a series of bilateral meetings, according to the White House.

The president mused about acquiring the semi-autonomous Danish island on Sunday, telling reporters that "it's something we have talked about."

"Denmark essentially owns it. We're very good allies with Denmark," he added. "Strategically, it's interesting. And we'd be interested, but we'll talk to them a little bit."

He then went on to compare purchasing the icy 836,000 square-mile island in the North Atlantic — the world's largest — to a "large real estate deal."

"A lot of things can be done," he said of purchasing Greenland. "It's hurting Denmark very badly, because they're losing almost $700 million a year carrying it. So they carry it at a great loss. Strategically for the United States, it would be nice. We're a big ally of Denmark, and we help Denmark. And we protect Denmark."

The proposed acquisition was greeted with a chorus of surprise and confusion. Officials in Greenland have said in recent days that the island is not on the market.

The island, which is home to roughly 56,000 people, is believed to contain a host of natural resources, including coal and uranium. The U.S. already houses a military base there, part of the nation's ballistic early-warning system.

Kim Kielsen, Greenland's premier, said in a statement that the island "is not for sale and cannot be sold, but Greenland is open for trade and cooperation with other countries — including the United States.”

Trump's abrupt cancellation of the visit came as a surprise, since he described his planned trip to Denmark as unrelated to his interest in purchasing Greenland.

"We're going to Poland, and then we may be going to Denmark ⁠— not for this reason at all. But we're looking at it," Trump told reporters on Sunday. "It's not No. 1 on the burner."

It's unclear whether the postponement will impact his scheduled visit to Warsaw, Poland, part of the same trip, where he is scheduled to attend commemorative ceremonies and visit memorial sites for the 80th anniversary of the beginning of World War II.