Jay Inslee, the candidate who focused his presidential bid on climate change, drops out of 2020 race

While he won't move to the White House, Inslee is reportedly likely to seek a third term as governor of Washington 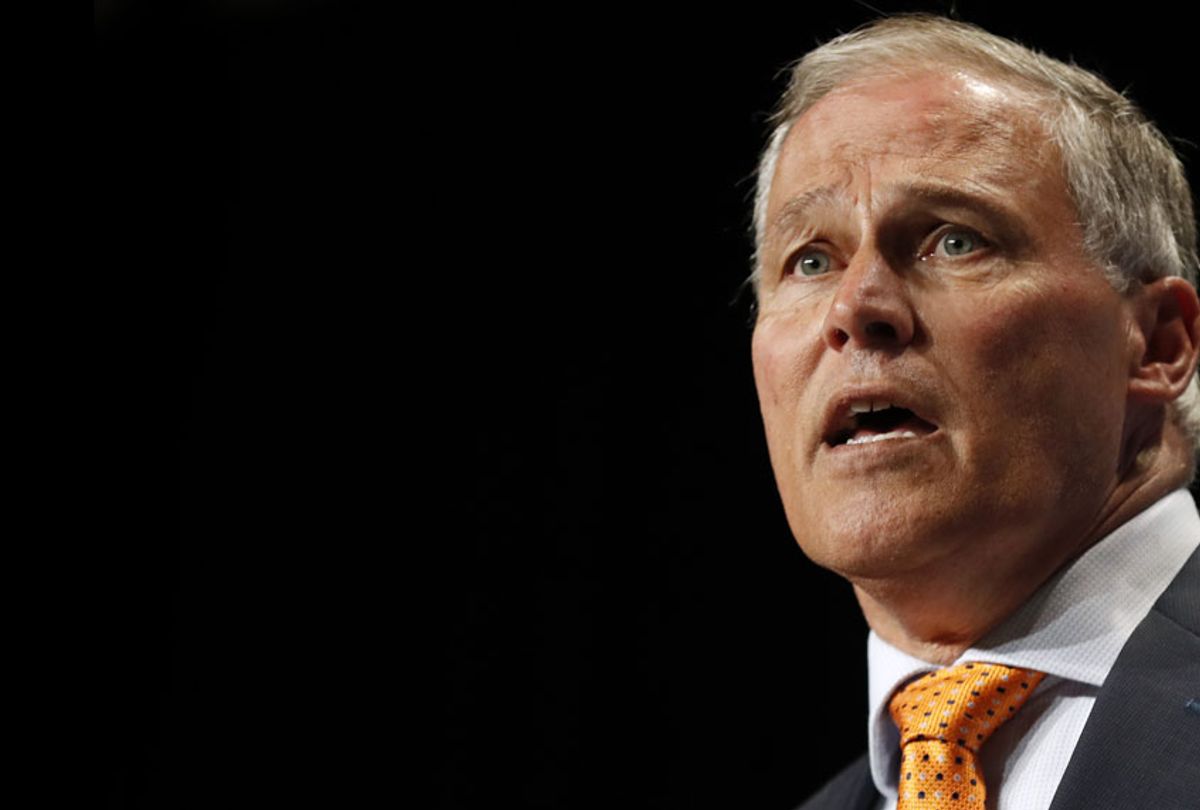 Washington Gov. Jay Inslee announced on Wednesday that he is dropping out of the 2020 presidential race amid reports indicating he plans to seek a third term as governor.

"I've been fighting climate change for 25 years," the governor continued. "And I've never been so confident of the ability of America now to reach critical mass to move the ball."

Inslee also referred to his climate change plan as "the gold standard" and hopes other candidates will use it. One indication that he could get his wish is that Sen. Bernie Sanders, I-Vt., praised his former 2020 opponent in a tweet Wednesday night.

"Congratulations to @JayInslee on his impactful campaign to bring the climate crisis to the forefront of the national conversation," Sanders tweeted. "There is no more important issue facing humanity. Together we will work to pass a Green New Deal and create millions of jobs."

Inslee's political career is unlikely to end with the closure of his presidential bid. Two individuals close to the governor's campaign told the Associated Press he plans on running for a third term for governor and will make his official announcement Thursday. Inslee has served as the governor of Washington since 2013.

In an interview with Salon in May, Inslee emphasized that he was running for president with a focus on climate change because he believed the future of human civilization was at stake.

"I think we should call it 'the climate crisis' because I believe that's what it is," Inslee told Salon. "And what what made me do this is reality and science. And those are things you can't negotiate with. And the reality is that this is all the issues, not a single issue. And all of the things that we would like to achieve — which are better health, a better economy, a more secure nation — cannot be achieved unless you are victorious over this one problem. So everything else depends on this. And by necessity we have to win this or other victories are not possible."

He later discussed how he thought his campaign platform, which was notable for its detail, could lay the foundations for a future Green New Deal.

"Yeah, I think we've complimented the aspirations of the Green New Deal... which, by the way, I think has been very helpful to the cause," Inslee explained. "I'm very appreciative of the leaders who brought that into the national discussion. And the way I sort of look at it is, I think this is the Green New Deal said we're going to the moon, and I think my really comprehensive plan designed the rocket ship, and I think both are important. Both are pushing the 'Go' button on the mission, but also designing the systems that will get you there. And I think anyone who will spend some time looking at our plan will conclude, like most reviewers have, that it is by far the most rigorous comprehensive plan. It's really not a campaign document, it's a governing document, and we're ready to go on Day One because we have the plan in place with everything from a green new bank, to quintupling research and development, to whole new systems of buildings."

You can watch Inslee's appearance on Maddow here: