Taylor Swift's "Lover" is a love letter herself — past and present

"Lover" is billed as "a love letter to itself," but naturally that means it's all about who Swift is, and has been 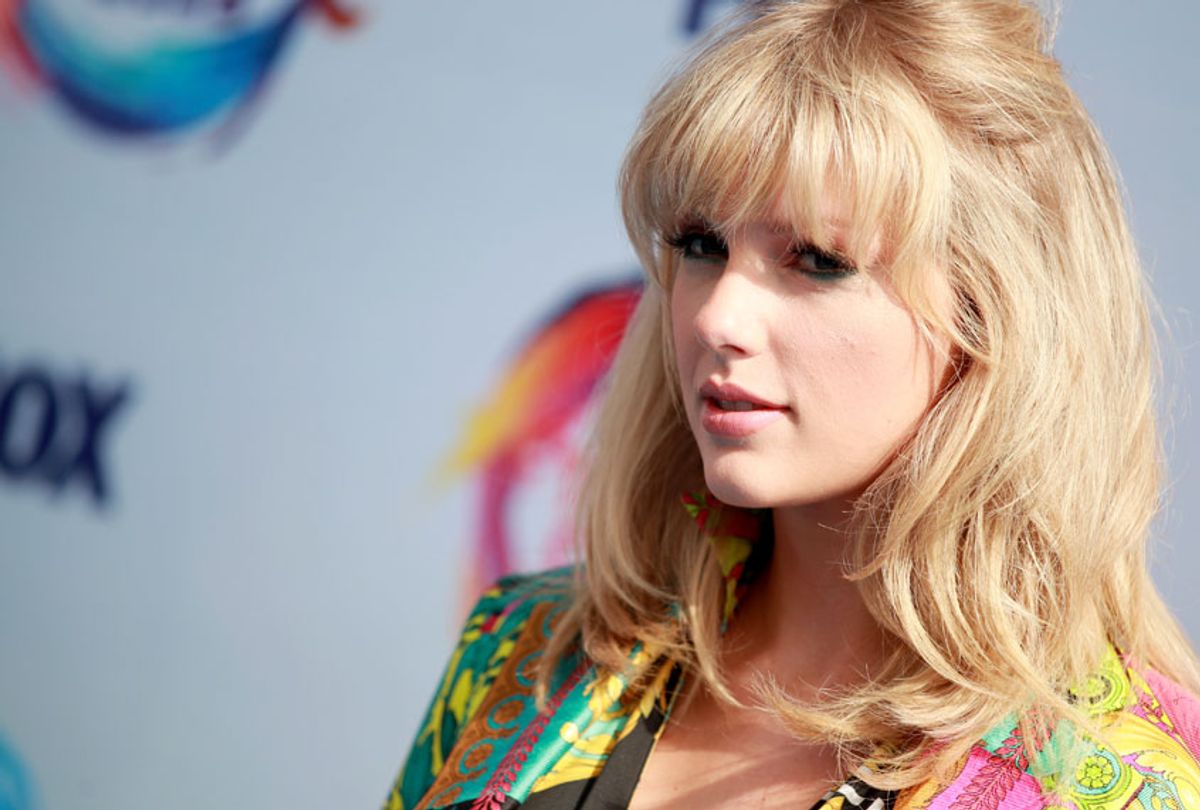 If we’re to judge an album by its cover, “Lover,” Taylor Swift’s latest which was released today, is already a massive turnabout from “Reputation,” the 2017 album that was brooding and acerbic in bursts following the artist’s messy, public feud with Kanye West and Kim Kardashian. The cover of “Reputation” featured Swift in black and white, hair coolly pushed back, flanked by a collage of newspaper print and tabloid headlines, her name written over and over again; “Lover” shows her against a sky of pink cotton-candy clouds, a glitter heart drawn around her right eye.

This isn’t a surprise. Each of Swift’s past albums have brought updated personas; for a refresher, one only needs to view the music video from “Look What You Made Me Do.” There are more than a dozen past Taylor Swifts on display, from the sweet, glasses-wearing "You Belong With Me" singer to the bedazzled 2012 Met Gala attendee.

But what’s refreshing is who Taylor Swift has chosen to embody in this most recent rebirth: herself. It’s a persona  — one that is just as carefully crafted, but one that seems to acknowledge that she (and her listeners) contain multitudes. “Lover” references her past characters, without taking any of them too seriously. The tone is akin to looking back at photos from your various phases in middle school and high school, and being gentler to the girl in the past than you ever were when those pictures were first taken, knowing who you were then informs who you are now.

As such, the 18-track album has something to appeal to fans all across the Swift spectrum, while potentially looping in new listeners too. The opening track “I Forgot That You Existed” will appeal to fans looking for just a touch of her catchy bitterness, a footnote to or dismissive wave in the direction of “Reputation” in a way. “Soon You’ll Get Better,” a nod to her mother’s cancer diagnosis, has the lonely guitar strums of her early country career. She weaves in an array of collaborators — St. Vincent, The Dixie Chicks, Brendan Urie, stalwart Jack Antonoff.

On the whole, it’s simple and sweet, much like the title track, a gentle Mazzy Star-studded force that has unexpectedly redeemed the squicky word “lover” from its past lives as fodder for a Saturday Night Live sketch (“At this point during the soak, my lover and I usually crave spiced meats”) and Carrie Bradshaw’s greeting for a new pair of Manolo Blahniks.

In combination with songs like “London Boy” and “Paper Rings,” the album can at times feel like an overwhelmingly obvious dedication to her boyfriend of three years, actor Joe Alwyn. But while it may be grounded in real-life romance — or, as Swift writes in the liner notes, a “love letter to itself” — Swift’s “Lover” also reads like a well-warranted love letter to herself.

Swift has had a tough few years. The release of “Lover” comes in the wake of a different kind of public feud, which Salon covered in last month. On June 30, it was announced that Ithaca Holdings, a company owned by entertainment executive Scooter Braun, had acquired Taylor's old record label, Big Machine Records, for $300 million. As part of the deal, Big Machine Records, and thereby Braun, would retain the rights to the masters for all six of her previous albums in perpetuity.

On top of the unfortunately common problem of an artist having to fight for the rights to her own music, Swift and Braun have a long history of animosity, which Swift detailed in a lengthy open letter on Tumblr, adding a personal layer on top of the professional conflict.

But Swift announced this week that she plans to re-record her existing catalog in order to regain artistic and financial control of her material.

“It's something that I'm very excited about doing, because my contract says that starting November 2020 — so, next year — I can record albums 1 through 5 all over again — I'm very excited about it,” Swift said in an interview with Good Morning America host Robin Roberts. “I think artists deserve to own their work. I just feel very passionately about that.”

Braun has since congratulated Swift on a “brilliant” new album. The cycle — adversity, controversy, triumph, reconciliation — can appear to the outside observer like a predictable part of the business, the machinations of which were on full display in the marketing of “Lover” and the most current iteration of Swift’s public persona.

In a rapidly shifting era of pop-up music releases, surprise albums and streaming, Taylor Swift holds steady with, as The New York Time’s Joe Coscarelli termed it, the “traditional pop playbook.”  Indeed, the lead-up to “Lover” has seen the strategic release of radio singles — “Me!,”“You Need To Calm Down,”“Lover” and “Archer” — along with requisite social media revamps, TV appearances and a well-timed Vogue cover.

In the accompanying September issue profile, Swift discussed her hesitancy to step into politics; she was notably silent during the 2016 election while other celebrities used their platforms to advocate for Hilary Clinton. That was during the period in which she had been “cancelled” by a swath of the music-listening public following the West-Kardashian feud. She was worried her support would be a liability.

“Literally millions of people were telling me to disappear,” Swift said. “So I disappeared. In many senses.”

Those days are over. “Lover” marks the record on which Swift isn't afraid to own her political beliefs, albeit packaged in a bubble-gum wrapper. “You Need To Calm Down” tells homophobes to stand down with a catchy call to her fans to champion equal rights as they sing along: “Why are you mad? When you could be GLAAD? (You could be GLAAD).”

Listening to “Lover” as a whole, it appears that Swift has been building up to this album for quite some time. Swift signals this in a few ways, including through the scanned diary entries included in one of the four deluxe editions of “Lover.”

There are scribblings from a wide-eyed 13-year-old writing about her love of music; a note from 2004 about meeting record executive Scott Brochetta that reads: “I really loved all the stuff he said in the meeting, and he stayed for the whole Bluebird show, and he’s SO passionate about this project”; an entry from the night before “Red” lost out on Album of the Year at the Grammys: “Never have I felt so good about our chances.”

It’s a methodical and even slightly understated nod to the tracks within. “Lover” pulls from the past; both past decades — a lot of the album sits in the soft glow of '90s nostalgia — and the singer’s own past musical inspirations. But while much of Swift’s work takes on the topic of transformation, “Lover” takes a pause. This is Taylor, and this is pop music, in 2019. She’s living in the now.