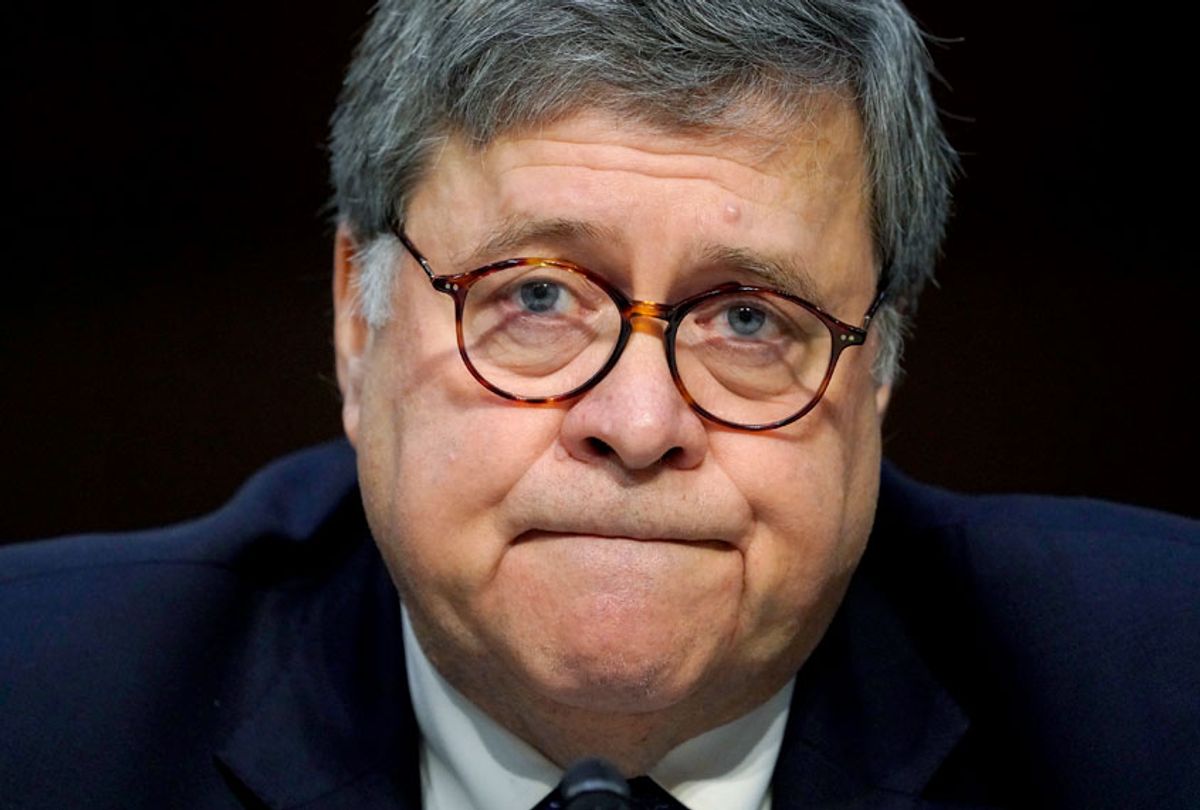 The Department of Justice (DOJ) on Thursday said an email sent to all immigration court employees this week mistakenly included a link to a white nationalist website.

The email, which included links to various news articles on immigration, included a link to a blog post on VDare, a white nationalist website, BuzzFeed News reported.

"Publication and dissemination of a white supremacist, anti-Semitic website throughout the [Justice Department's Executive Office for Immigration Review] is antithetical to the goals and ideals of the Department of Justice," the letter reportedly said.

Salon has not independently obtained the letter or the email.

The Justice Department's Executive Office of Immigration Review admitted there had been an error in a statement to BuzzFeed News.

"The daily EOIR morning news briefings are compiled by a contractor and the blog post should not have been included," EOIR assistant press secretary Kathryn Mattingly told BuzzFeed News. "The Department of Justice condemns Anti-Semitism in the strongest terms."

A former senior DOJ official told BuzzFeed news that the email in question was "generated by a third-party vendor that utilizes keyword searches to produce news clippings for staff. It is not reviewed or approved by staff before it is transmitted."

News of the DOJ's email came a day after President Donald Trump invoked a "dual loyalty" trope widely viewed as anti-Semitic when he told reporters that Jewish Americans who vote for Democrats are "very disloyal to Jewish people and very disloyal to Israel."

"I think any Jewish people that vote for a Democrat, I think it shows either a total lack of knowledge or great disloyalty," the president said on Tuesday.

"Five years ago, the concept of even talking about this . . . of cutting off aid to Israel because of two people that hate Israel and hate Jewish people — I can't believe we're even having this conversation," Trump continued. "Where has the Democratic Party gone? Where have they gone where they're defending these two people over the State of Israel?"

This week was not the first time that Trump accused the Democratic Party and its supporters of being "anti-Israel."

He previously suggested Jewish Americans have a dual loyalty to Israel and its prime minister, Benjamin Netanyahu, telling the Republican Jewish Coalition in April that Netanyahu was "your prime minister."

The president has also accused the Democratic Party and its supporters of being "anti-Israel" in the past.

The president's comments this week appear to be part of a broader effort to spotlight divisions among Democrats over Israel and anti-Semitism in an attempt to increase his popularity among Jewish Americans, who are far more likely to vote for Democrats than Republicans and oppose Trump.