Mass rallies, crazy decisions, grandiose posturing: This is what living in a dictatorship feels like

We still live in a democracy, for the moment — but the jokes about Trump serving 14 more years aren't funny 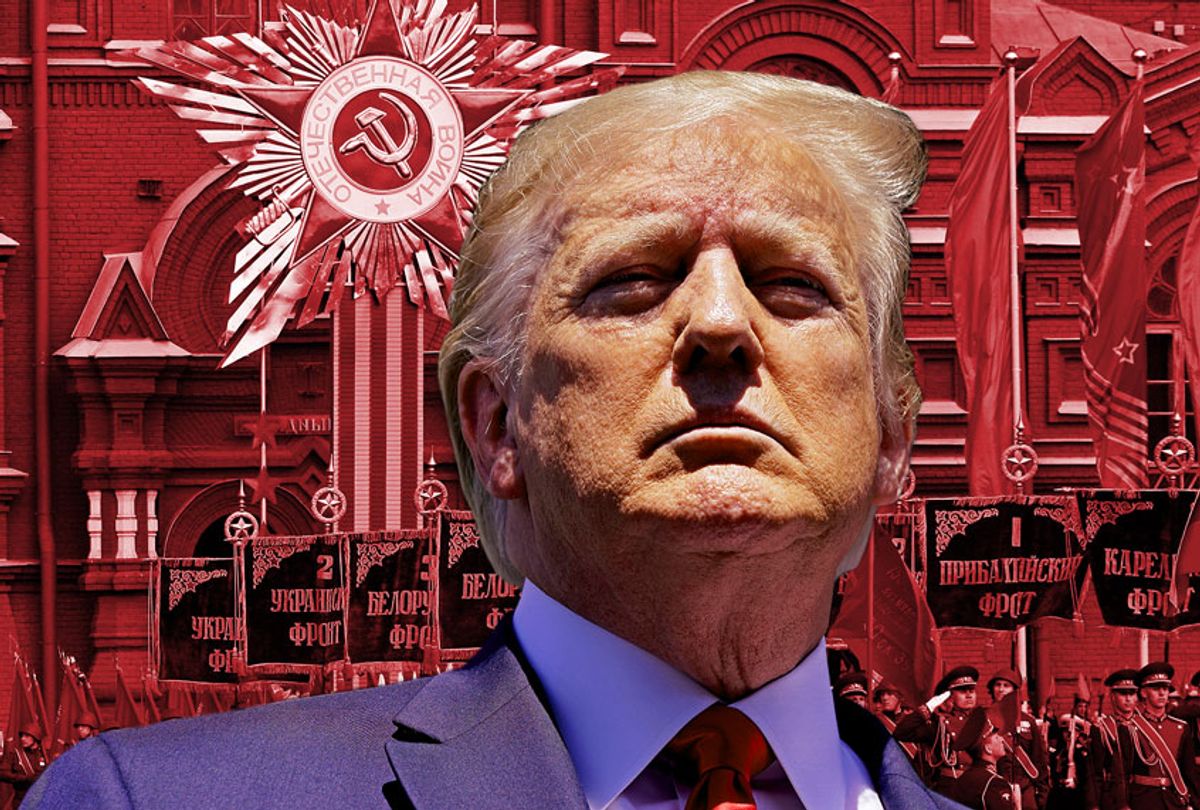 Another week of shaking our heads and wondering how much longer we can survive him. Yet again, Donald Trump overwhelmed practically everything with the force of his obscene personality, running his mouth and his thumbs even while he was failing to run the country in any sort of conventional sense. He doesn’t actually do anything, but he dominates everything. Living in America today is like being trapped in a room with him — no doors, no windows, no exits, only Trump and the sound of Trump and the hideous image of Trump, all day, every day, for day after day after day.

I was trying to think how to describe what it feels like to live in this country today when I came across a big profile of Neil Young published in this weekend’s New York Times Magazine. The author, David Samuels, was commiserating with Young about the state of music in the age of Spotify and Apple and the digitization of everything comprised of musical notes. Surveying a landscape into which he doesn’t feel he fits anymore, Samuels described Young as “stumped.” “I’ve got great melodies, and the words are all profanities,” Young said.

Exactly. That’s America in the age of Trump, why everyone’s Facebook posts are screams of frustration and anger stuffed with profanity. The sense of powerlessness is almost overwhelming. You don’t feel like you can actually do anything. Everything is in stasis, stuck. Neil Young is right. We’re stumped.

Our senses dictate how we experience the world — our hearing and sight and touch and smell, even the ineffable stuff like intuition and belief. But when our senses are overwhelmed by someone like Trump, when our lives seem filled with a man who does nothing but endlessly tweet and lie and hate, it kills us inside. Trump is killing us.

Look at what happened this week. On Monday, Planned Parenthood was forced out of the federally funded family planning program under Title X because of an arbitrary rule change by the Trump administration.

Trump announced that signs of an economic downturn were the results of a “conspiracy” against him personally. “The Fake News Media is doing everything they can to crash the economy because they think that will be bad for me and my re-election,” he tweeted. It’s not that markets and corporations and entire economies of other nations are reacting negatively to the trade war he started and insisted would be “easy to win.” Him. It’s all about him, all of the time.

On Tuesday, Trump accused Jews who decide to vote for Democrats as being guilty of “great disloyalty.” Never mind that singling out ethnic and racial minorities, especially Jews, as being “disloyal” to the state is the classic way dictators whip up hate to gain support. Never mind that these charges come on the heels of his demands that four female members of Congress who are not Christian or white should “go back” to the countries they “came from,” yet another tactic used by dictators to seize and maintain control. Donald Trump was going to demand “loyalty” no matter what.

On Wednesday, Trump held a completely unhinged press “gaggle” on the lawn of the White House during which he referred to himself as “the chosen one,” after only that morning positively retweeting a screed by a right-wing loon and conspiracy theorist claiming that Trump is the “king of Israel” and the “second coming of God.” Increasingly, Trump sounds in his blatherings on the White House lawn like he does at his rallies. Grandiose claims, a blizzard of lies, appeals to prejudice, he’s never wrong, it’s all somebody else’s fault — it’s all there. You have to wonder why the news media goes out there and records him. Most of them don’t cover his rallies. Why do they replay the madness he spews from the White House?

Trump wasn’t finished. He hurled insults at the prime minister of Denmark because she wouldn’t sell him the island of Greenland. He trashed NATO ahead of the G-7 summit and endorsed re-admitting Russia into an expanded G-8 with no conditions, after it was expelled for its illegal seizure of Crimea and incursions into Ukraine. And he threatened to release 2,500 captured ISIS terrorists to Europe, “into the countries from which they came … which is Germany and France and other places.” This too, ahead of his upcoming meeting with the leaders of those very countries.

He joked about still being in office 10 to 14 years from now, an apparent attack on the 25th Amendment, suggested overturning the right of birthright citizenship, which is guaranteed by the 14th Amendment, but assured his gun-totin’ base that “our Second Amendment will remain strong.” No mention of the 22 dead in El Paso, or the nine dead in Dayton.

Following a telephone conversation with NRA leader Wayne LaPierre, Trump backtracked on his pledge to close the loopholes in background checks for gun purchases, and then proceeded to describe his visits with the surviving victims of the recent mass shootings in Texas and Ohio in the only way he knows how: It was all about him. “The love for me — and me, maybe, as representative of the country — but for me — and my love for them was unparalleled,” he bragged.

It was like watching a man in the midst of a psychotic breakdown, but he wasn’t finished. By the end of the day, Trump’s administration had announced a new unilateral regulation that would allow the indefinite detention of immigrant families, including their children, essentially negating the court settlement known as the Flores agreement, which set a 20-day limit for holding immigrant children. This on the heels of having sent federal lawyers e into court to  argue that the Department of Homeland Security was not legally required to hold children in humane conditions, including providing blankets, food, sleeping pads, soap and toothpaste.

By the end of the week, Trump was ordering American companies to stop dealing with China and essentially calling the chairman of the Federal Reserve, whom he appointed, an enemy of the state.

Like tinpot dictators the world over, Trump thinks of himself as the center of the universe, and everything he does, all day long every single day, seeks to put himself there and keep himself there. All dictators equate their interests with the national interest, and so does Trump. Everything, and I mean everything, is about him. Late on Friday, Trump announced increased tariffs on $250 billion in Chinese goods. As he departed for the G-7 summit, it was clear that he would crash the world economy before he would admit he was wrong about starting trade wars.

During a month when 11 billion tons of ice in Greenland melted within 24 hours, Trump gets insulted when Denmark won’t sell him the island and its quickly disappearing ice shelves and glaciers. With the Amazon rainforest burning to the ground in the thousands of acres a day, Trump buddies up with the Brazilian president who, as he does, sees everything as a conspiracy against him, including the fires.

It’s all about Trump, all the time. He’s on our televisions all day long. When he’s not babbling in front of cameras on the White House lawn or in the Oval Office, he’s dominating the news with tweets quoting right-wing lunatics spewing hate and racism. You can’t turn him off. You can’t get away from him. You can’t stop it.

Neil Young is right. We may still live in a land filled with melodies, but in the face of this dictatorial madness, our words are profanities.