In the first detection of its kind, two dead stars of different composition collided 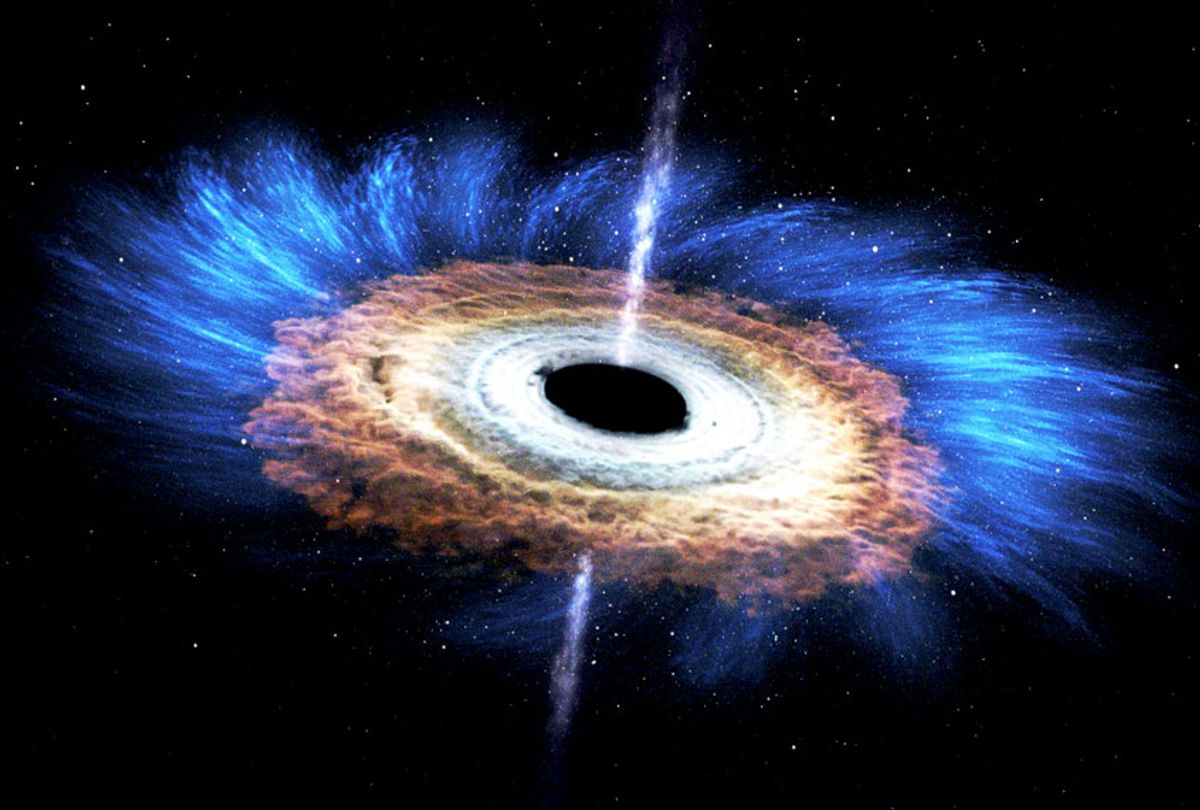 What happens when two dead stars meet in deep space? In this case, one devours the other. In the first detection of its kind, scientists believe they have spotted a black hole swallowing a neutron star. The ability to detect this distant collision was enabled by Earth's gravitational wave observatories, a recent and new kind of astronomical observation that has only become possible in the past decade.

"Scientists have never detected a black hole smaller than five solar masses or a neutron star larger than about 2.5 times the mass of our Sun," Susan Scott, leader of the General Relativity Theory and Data Analysis Group at Australian National University and chief investigator with the ARC Centre of Excellence for Gravitational Wave Discovery, said in a statement. "Based on this experience, we're very confident that we've just detected a black hole gobbling up a neutron star.

The event occurred an estimated 8,550 million trillion kilometers away from Earth, and was detected by gravitational-wave discovery machines in Italy and the United States, called LIGO and Virgo. These devices detected ripples in space and time.

"About 900 million years ago, this black hole ate a very dense star, known as a neutron star, like Pac-man — possibly snuffing out the star instantly," Scott said. "The ANU SkyMapper Telescope responded to the detection alert and scanned the entire likely region of space where the event occurred, but we've not found any visual confirmation."

Neutron stars are small in size, but incredibly dense. They are formed when stars of a certain mass range collapse in on their own gravity, overcoming the strong force that keeps electrons and protons from merging; in these collapses, the electrons and protons smush together into a ball of neutrons as dense as an atomic nucleus. Neutron stars tend to be around 20 kilometers in diameter with a mass greater than our sun, which has a diameter of 1.39 million kilometers.

However, when larger stars collapse, not even the repulsive force between neutrons remains intact, and said stars collapse into a singularity whose escape velocity is greater than the speed of light. These are known as black holes.

Collisions between black holes and other stellar objects like neutron stars constitute some of the most massive energy releases in the universe. The amoutn of gravitational energy released is so vast, and ripples across the entire universe, such that it can be detected by Earth-based gravitational detectors. Black holes are notoriously tricky to understand for physicists, given that we cannot "see" inside them; their nature defies such probing, since information cannot escape them. Detections like these provide astronomers more insight into these difficult-to-understand space events.

"We have always thought that there should be binary systems of a black hole and a neutron star circling each other out in space, so if this event is confirmed, it would be the first evidence that such systems do actually exist, and that some of them are spiraling closer and closer and eventually smashing together," Scott said.

However, since the event is unconfirmed, there are other possibilities. One is that the smaller object could be a very light black hole.

"We are not aware of any black holes in the universe with masses less than about five solar masses," Scott said via CNN. "This would raise many new questions such as, 'how does such a light black hole form?'"

Scientists hope to detect more similar events, to confirm or deny what they observed.

"We can better estimate the population size of these systems in the universe and also better understand how these systems 'get together' in the first place," Scott said. "On the extended wish list we would soon hope to have a supernova which goes off somewhere close so that we can capture the expected gravitational waves from this type of event and better model the supernova process."

This last decade has seen historic advances regarding human knowledge of black holes.

Years of advances in imaging technology led to last spring's first image of a black hole, too.