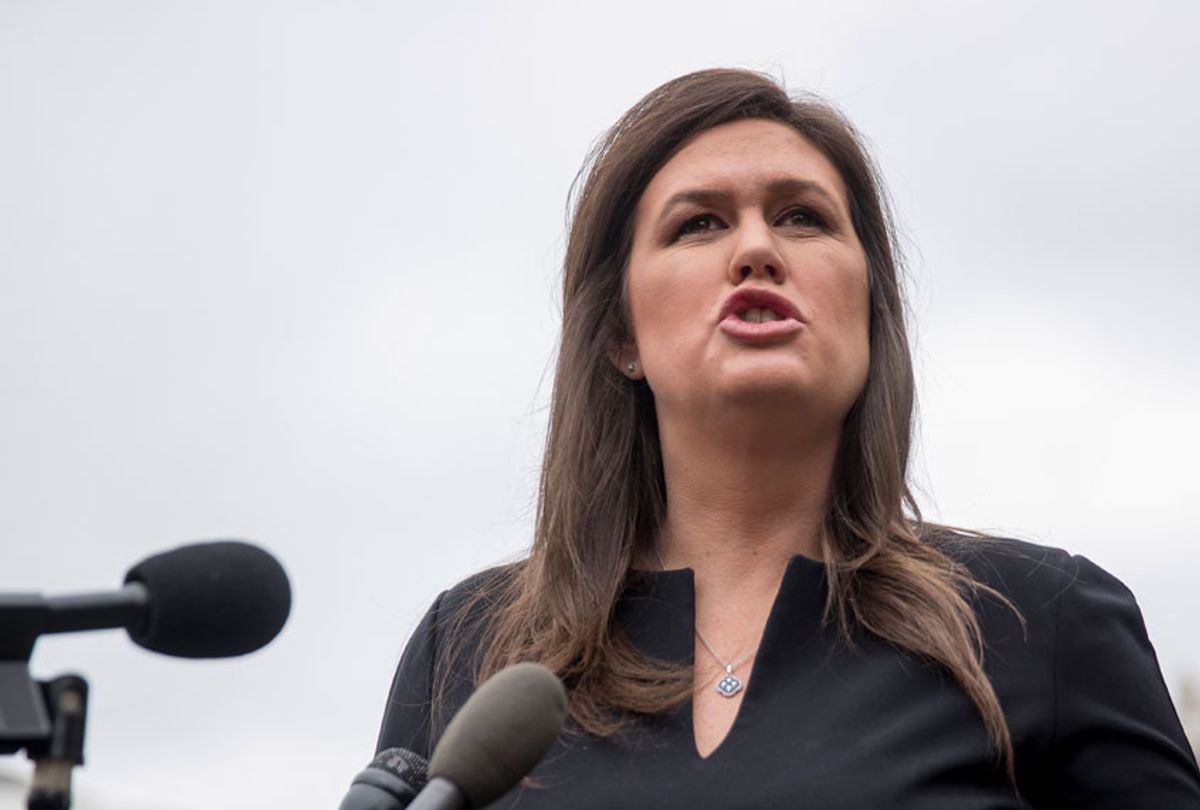 A new website launched this week by Sarah Huckabee Sanders looks an awful lot like the former White House press secretary is laying the groundwork for a campaign for political office, even though she has no official plans for doing so in the immediate future.

"Sarah Huckabee Sanders served as White House press secretary for President Donald J. Trump from 2017 to 2019," the website proclaims under a section called "Meet Sarah." "A trusted confidante of the President, Sarah advised him on everything from press and communications strategy to personnel and policy. Sarah is only the third woman – and the very first mom – to ever hold the job of White House press secretary."

If you click "read more," the website takes you to a longer biography, which touts Sanders’ close relationship with Trump.

"Upon her departure from the administration, President Trump described Sarah as 'irreplaceable,' a 'warrior' and 'very special person with extraordinary talents, who has done an incredible job,'" the website writes. "An early supporter of President Trump, Sarah joined the Trump campaign as a senior advisor in February 2016 during the Republican primary and continued in that role through the president’s defeat of Hillary Clinton, one of the greatest and most unexpected victories in American history."

Last week, it was announced that Sanders had joined Fox News as a contributor, with the former press secretary explaining in a statement that the right-leaning network “has been the No. 1 news organization in the country for 17 years running, and I am beyond proud to join their incredible stable of on-air contributors in providing political insights and analysis."

When it was first announced that Sanders was leaving the White House, Trump expressed his hope that his loyal staffer would return home to run for governor of Arkansas — a post once held by her father.

"After 3 1/2 years, our wonderful Sarah Huckabee Sanders will be leaving the White House at the end of the month and going home to the Great State of Arkansas...." Trump posted in a tweet at the time.

He later added in a succeeding tweet, "....She is a very special person with extraordinary talents, who has done an incredible job! I hope she decides to run for Governor of Arkansas - she would be fantastic. Sarah, thank you for a job well done!"

Sanders developed a reputation for being scathingly critical of media outlets which she felt were unfair to the president. In December 2017, she courted controversy when she told reporters at a press conference that "there's a very big difference between making honest mistakes and purposefully misleading the American people, something that happens regularly. You can't say that it's an honest mistake when you're purposefully putting out information that you know to be false. Or when you're taking information that hasn't been validated, that hasn't been offered any credibility, and that has been continually denied by a number of people, including people with direct knowledge of an instance."