With hours left to qualify for the third debate, over half the Democratic primary field likely won't make the cut 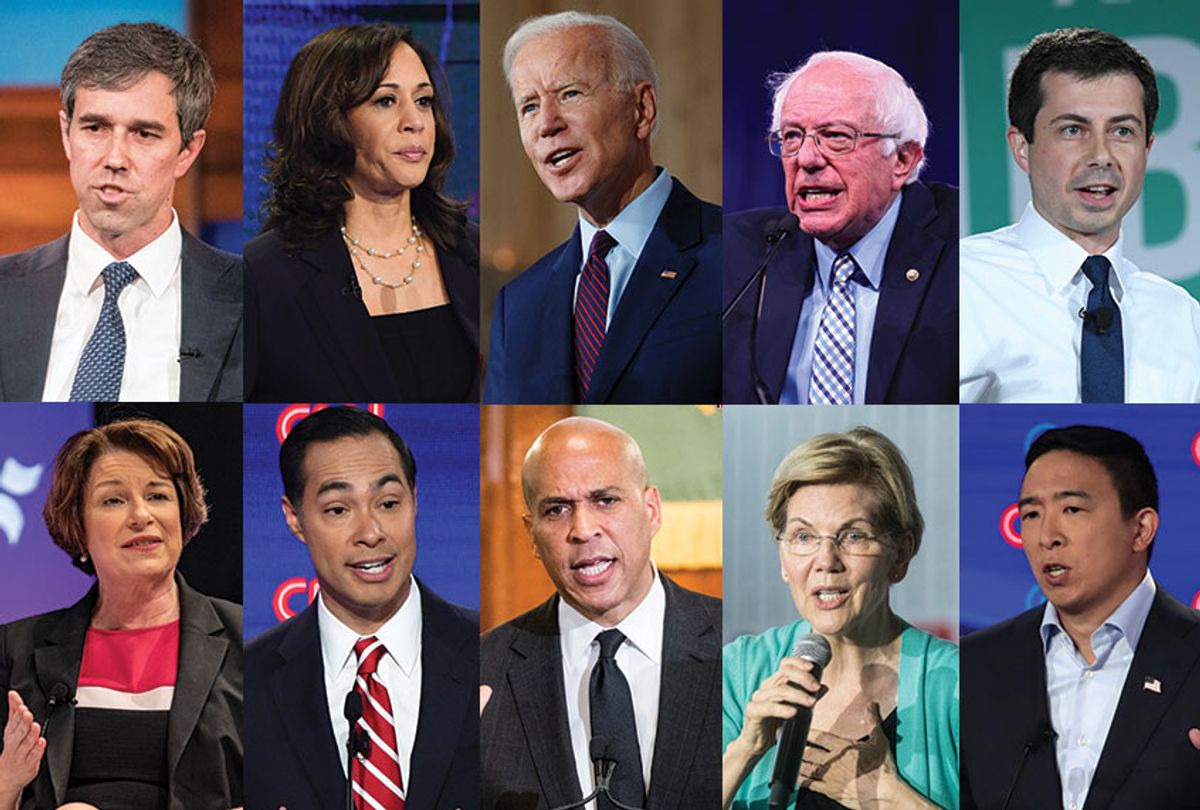 The third televised debate of the 2020 Democratic nominating contest is likely to be a one-night spectacle featuring just ten candidates, barring an 11th-hour development that could help one or more presidential hopeful make the cut for next month's event.

Ahead of Wednesday's midnight deadline to qualify for the debate in Houston on Sept. 12, only 10 candidates have reached both the polling and fundraising thresholds set by the Democratic National Committee (DNC), which is sanctioning each of the debates.

Three candidates — Hawaii Rep. Tulsi Gabbard, billionaire activist Tom Steyer and author Marianne Williamson — have said they met the fundraising threshold, but have yet to to hit their polling minimum to qualify. Steyer has come closest to reaching the polling threshold, getting above 2% support in three of his four necessary polls. Gabbard received at least 2% support in two qualifying polls, while Williamson hit 2% in one DNC-approved poll.

Two polls released Wednesday morning didn't give any struggling presidential hopeful the boost they needed to make the debate stage.

The new polls show Biden continues to hold a commanding lead over the primary field, though a Monmouth University poll released earlier this week suggested his support had eroded. (Patrick Murray, director of the Monmouth poll, said in a statement Wednesday that the university's latest poll is an "outlier.")

The latest USA Today/Suffolk University poll found 32% of registered voters name the former vice president as their top pick to run against Trump next year. Warren came in second with 14%, followed closely by Sanders at 12%. Buttigieg and Harris polled at 6%, respectively, while Yang received 3%. O'Rourke and Booker both polled at 2%. No other candidates received more than 2% support in the survey.

The Quinnipiac University poll found the same level of support for Biden, but placed Warren's support at 19% followed by Sanders at 15%. Harris polled at 7%, followed by Buttigieg at 5%. Yang received 3%. No other candidate topped 1%.

Candidates have until midnight Wednesday to meet the DNC's polling and donor thresholds to qualify for the third debate. Though it's possible a new poll could be published before the deadline, no other poll is expected to be released before midnight.

Quinnipiac's survey was conducted Aug. 21 to 26 and includes a sample of 648 Democratic and Democratic-leaning independent voters. It has a margin of error of 4.6 percentage points.

The USA TODAY/Suffolk Poll was conducted Aug. 20 to 25 with a sample of 424 registered voters who said they plan to vote in the Democratic primaries or caucuses. It has a margin of error of 4.96 percentage points.