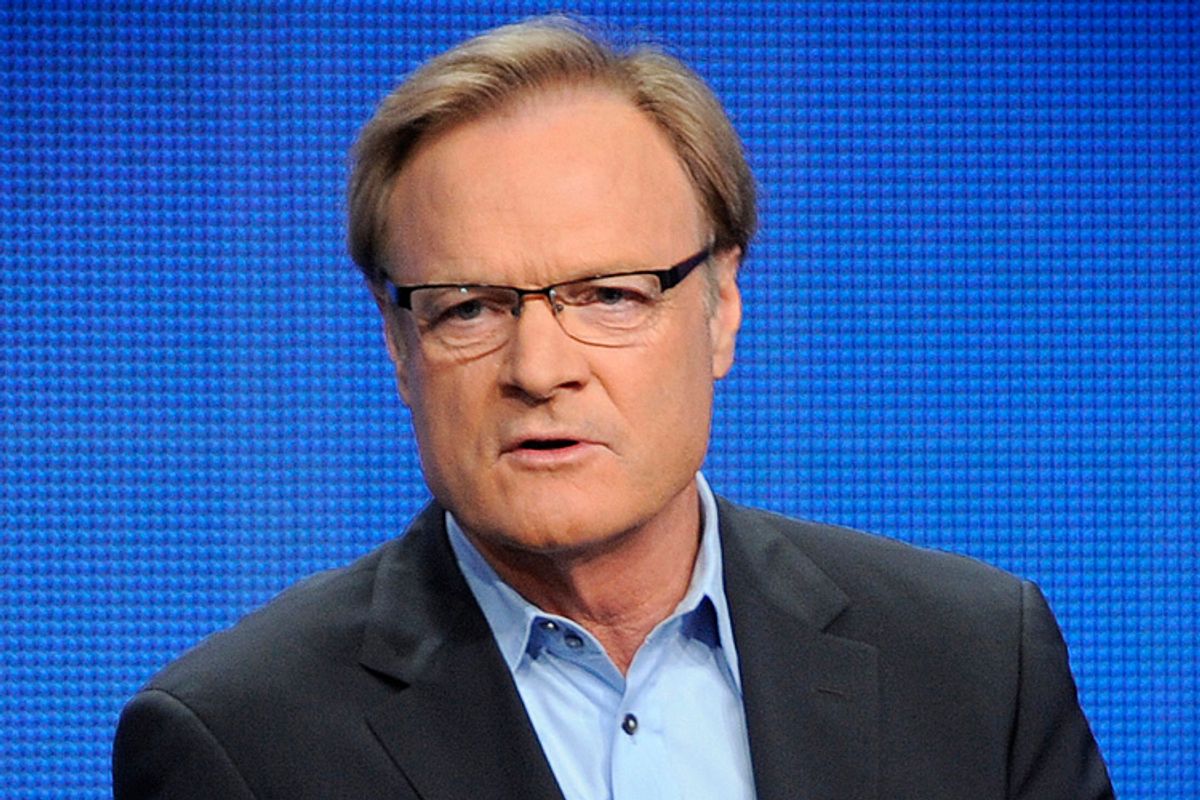 Editor's Note: This story has been updated since it was originally published to include a statement from MCNBC host Lawrence O’Donnell.

"Last night I made an error in judgment by reporting an item about the president's finances that didn't go through our rigorous verification and standards," O'Donnell said in a tweet Wednesday afternoon. "I shouldn't have reported it and it was wrong to discuss it on the air. I will address the issue on my show tonight."

The lawyer reportedly warned other news outlets against republishing the allegedly false statement, according to the Hollywood Reporter. (Salon is doing so, because it believes such republication is necessary to disclose what is a matter of public concern and protected by the First Amendment.)

On his program Tuesday night, O'Donnell reported that Trump received loans from Deutsche Bank that had been co-signed by "Russian oligarchs" close to Russian President Vladimir Putin. He cited a "source close to Deutsche Bank" for its reporting.

While discussing his reporting, O'Donnell repeatedly said he wanted to stress that "if true" it would "explain every kind word Trump has ever said about Russia and Putin."

"I stress 'if true,' because this is a single source," O'Donnell said on the program.

In closing his program, O'Donnell noted neither MSNBC nor NBC News could not confirm his reporting. He said neither he nor his source had seen any documentation from Deutsche Bank supporting and verifying the claim.

"I want to stress that this is a single source, that has not been confirmed by NBC News," he said. "I have not seen any documentation from Deutsche Bank that supports and verifies this. This is just a single source who has revealed that to me, and that's where it stands at this point. It's going to require a lot more verification before that can be a confirmable fact."

Salon has reached out to MSNBC for comment regarding O'Donnell's reporting and will update this article accordingly.

Trump is demanding O'Donnell and NBC "immediately and prominently retract, correct and apologize for the aforementioned false and defamatory statements," according to The Hollywood Reporter.

"Failure to do so will leave my clients with no alternative but to consider their legal options which could include immediate legal proceedings against Mr. O'Donnell and NBCU," the letter from Trump's lawyer read, per THR. "Should that occur, my clients would pursue all available causes of action and seek all available damages and other legal remedies to the maximum extent permitted by law."

In his Wednesday afternoon tweet, O'Donnell did not admit inaccuracy, retract his statements or apologize. He merely admitted he made an error by not going through the proper verification process. His reporting came just hours after Deutsche Bank confirmed it has tax returns of at least one member of Trump's family in a letter to the Second Circuit Court of Appeals.

Deutsche Bank redacted any identifying information, but disclosed it has tax returns, in either draft or as-filed form, relating to a subpoena from House Democrats seeking the president's financial information.

Deutsche Bank also said it has "such documents related to parties not named it the subpoenas but who may constitute 'immediately family' within the definition provided by the subpoenas."

The letters from Deutsche Bank and Capital One come days after the financial institutions refused to reveal whether they had copies of the president's tax returns during arguments before the Second Circuit last week, where they claimed that they are barred by "contractual and statutory obligations."

The case made its way to the appeals court after Trump appealed a lower court's decision that found lawmakers were within their rights to request the president's financial records from Deutsche Bank and Capital One.

The House Financial Services Committee and Intelligence Committee issued subpoenas to Deutsche Bank and Capital One earlier this year. The panels requested a cache of financial records related to Trump's family and his businesses, which they argued they need to examine the "potential use of the U.S. financial system for illicit purposes," including the president's financial relationships with foreign powers, such as Russia.