"The arrival of Chick-fil-A in this building is insulting, counterproductive and unacceptable," the group said 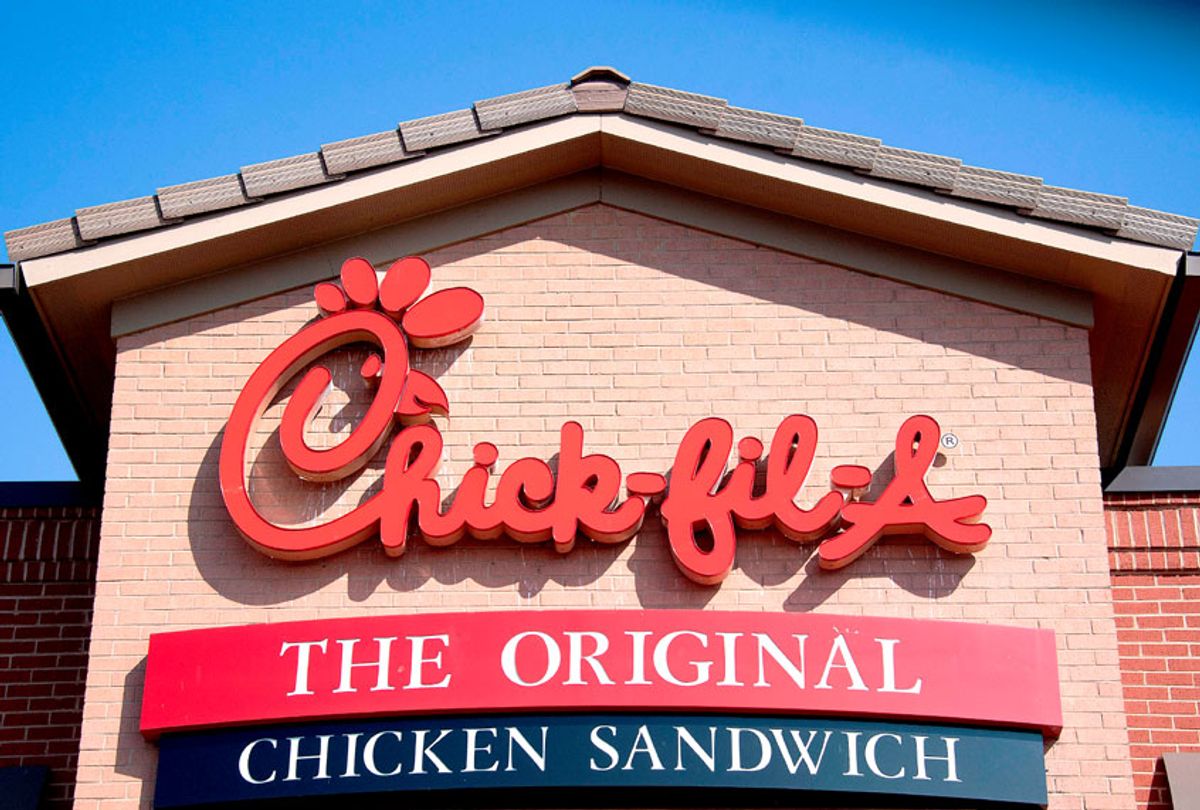 Faculty and staff at the University of Kansas this week condemned the school's relationship with Chick-fil-A and called for a boycott of the controversial fast food chicken chain.

In a letter to the school's chancellor and other university leaders, KU's Sexuality & Gender Diversity Faculty and Staff Council decried Chick-fil-A as a "bastion of bigotry" and noted its "history of supporting organizations that are hostile to lesbian, gay, bisexual, transgender and queer (LGBTQ) people, families and communities."

The group specifically spoke out against the university's decision to move Chick-Fil-A to a "new, prime real estate location in the heart of our campus." The organization noted that the school plans to house the fast food chain in its "Memorial Union," which it said was "one of the first places on campus to incorporate gender inclusive bathrooms for the comfort and validation of the experiences and range of identities of the people who walk our halls."

"Moving Chick-fil-A to the Union and granting it a role at the start of all home football games violates the feelings of safety and inclusion that so many of us have striven to create, foster, and protect on campus, and sends a message that the Union, KU Athletics and the administration at large are more concerned about money and corporate sponsorship than the physical, emotional and mental well being of marginalized and LGBTQ people," the group added. "The arrival of Chick-fil-A in this building is insulting, counterproductive and unacceptable."

In the meantime, the group said, "We will urge our members and allies to speak with their dollars as well as our words and boycott the restaurant."

Although his remarks sparked widespread backlash, Cathy told a radio show days later: "We are inviting God's judgment on our nation when we shake our fist at him and say, 'We know better than you as to what constitutes a marriage.' And I pray God's mercy on our generation that has such a prideful, arrogant attitude that thinks we have the audacity to redefine what marriage is about."

Additionally, the fast food giant's charitable foundation, the Winshape Foundation, has been called a "battlefield in the culture war" for funneling its profits to "anti-gay hate groups," such as Family Research Council and Exodus International, a now-defunct group known for promoting "conversation therapy."

Chick-fil-A has repeatedly claimed it does not have an "agenda, policy or position against anyone." In 2014, Cathy called his decision to foray into the same-sex marriage debate a "mistake," however he did not apologize for his comments.