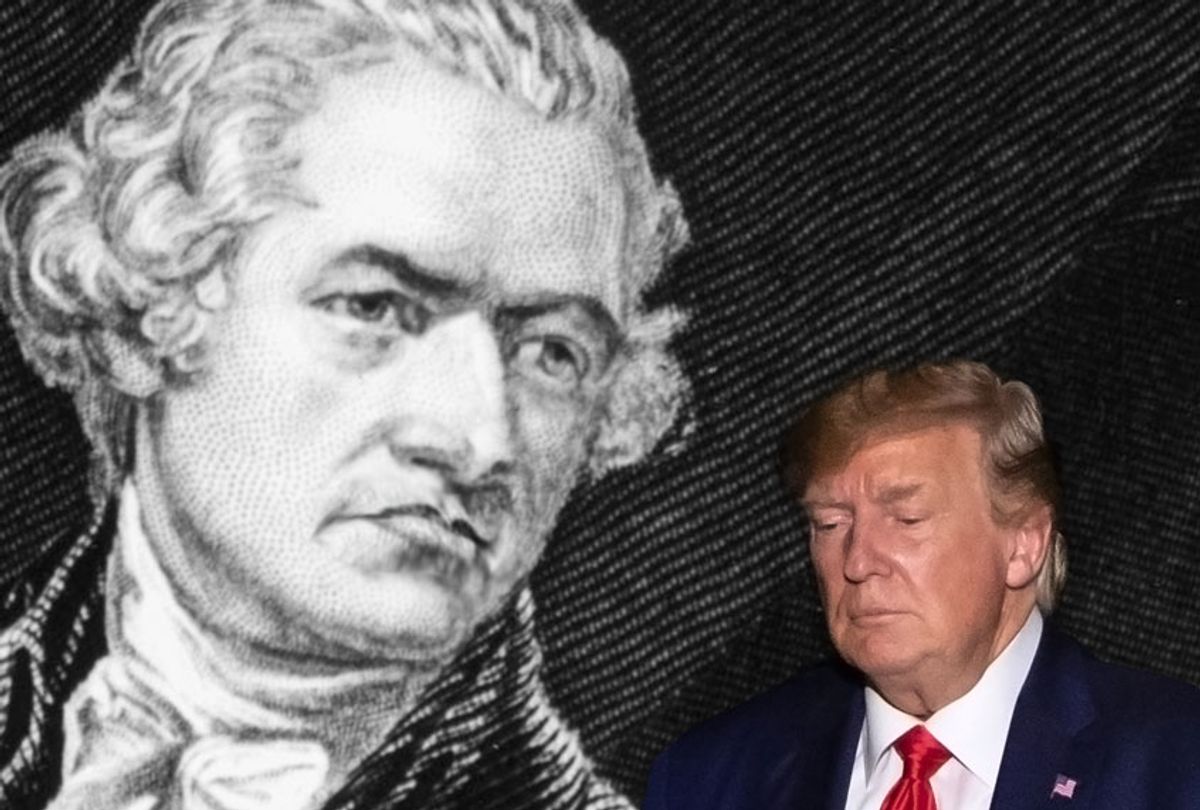 It’s perhaps fortunate timing that a federal appeals court has just decided that the 538 people who actually elect a president are not bound by the popular votes of their respective states. The United States Court of Appeals for the 10th Circuit in Denver ruled last week that Colorado acted unconstitutionally in 2016 when it reversed the vote of “faithless” elector Michael Baca, who wrote in former GOP candidate John Kasich even though his state had gone for Hillary Clinton.

That may sound like judicial overreach, but it’s not. The framers of the Constitution wanted some degree of popular participation, but they were also wary of direct democracy, inflamed as it often is by overheated, under-informed voters and the populist know-nothings they tend to support. If the framers were here to make their case, President Donald Trump would be Exhibit A.

There are too many examples to choose from, so let’s confine ourselves to Friday. That’s when Trump 1) ordered American firms to leave China and preferably return home; 2) declared Federal Reserve Chairman Jerome Powell an “enemy” because the Fed isn’t cutting rates sharply enough to counteract the economic damage Trump’s trade war with China is doing.

Let’s take these in sequence. It’s not clear where Trump derives authority to “hereby order” private companies where they can do business, unless he intends to impose sanctions via the various emergency powers available to him. Is that the plan? Does Trump even have a plan, or is he just winging it as usual, vomiting up whatever half-baked fever-thought happens across his brain, this time in apparent response to a new round of Chinese tariffs on US goods?

In any event, no one — particularly Republicans constantly howling about government “picking winners” — should want the president to have that sort of power. Just to indulge the idea a bit further, how would forcing companies back to the US square with Trump’s own criticism of China’s state-directed capitalism? How would anyone even begin to unscramble the egg of globalized production without creating economic havoc?

As for the Fed, Trump doesn’t seem to understand, or care, that the central bank is not supposed to be an instrument of partisan politics. It is supposed to be a technocraticinstitution (granted, that’s somewhat aspirational), using the best metrics available to pursue its “dual mandate” of price stability and full employment. It’s also supposed to “lean against the wind” of economic conditions (in the oft-quoted words of longtime Fed Chairman William McChesney Martin), easing up when growth slows and tightening when inflation looms. People argue about whether that’s how the Fed really operates, but no one says monetary policy should be dictated by the electoral prospects of whoever is in power.

That Trump is a profoundly, even petulantly, ignorant character is beyond dispute at this point, and his ignorance has consequences. Friday’s steep slide in stock prices is the least of them. As a New York Times op-ed observed in June, Trump’s uninformed musings about the US-Japan security treaty displayed “a strategic cluelessness and historical ignorance that would disqualify a person from even a modest desk job at the State Department.”

Which, of course, calls into question the whole relationship of intellectual competence to power, no small matter in a society that obsesses over SAT scores and graduation rates, and claims to be alarmed by its growing cultural illiteracy. But what does it say about intellectual achievement that the least accomplished call the shots?

The framers had no illusions that what pollsters euphemistically call “low-information voters” were qualified to govern, or even to choose directly who would govern. That’s why they created a system of electors, chosen by state parties for each election. They are supposed to be “men most capable of analyzing the qualities adapted to the station” of president, according to the Federalist Papers, the series of essays in which James Madison, Alexander Hamilton, and John Jay provided rationales for what was then a proposed constitution. Putting presidential elections (and Senate elections, too, until 1913) at one remove from the popular rabble “affords a moral certainty that the office of President will seldom fall to the lot of any man who is not in an eminent degree endowed with the requisite qualifications,” says Federalist 68, attributed to Hamilton.

“Seldom” turns out to be a critical word here. Some modern editions of Federalist 68 say “never.” (I’m going by the so-called McLean edition of 1788, which is supposed to reflect the original text.) If Hamilton meant the latter, maybe the system he helped create needs an overhaul. If the former, maybe he understood that an occasional Trump is unavoidable. Faithless electors, after all, could just as easily defect in favor of a demagogue as against. If the rabble is the only reliable vox populi, maybe there should simply be no electors, though it’s hard to imagine the framers buying into the sort of relativism that makes no distinction between qualified and unqualified.

It’s interesting to imagine what the world would be like today if 43 of Trump’s 304 electors had defected to Clinton, giving her the requisite 270 needed to win.

Trump would be braying from the sidelines about stolen votes and fake elections, and maybe he’d have an army of pitchfork populists at his back. But at least he wouldn’t be a threat to democratic norms, the economy, and foreign relations. If we’re lucky, he’d merely be what he always was, an annoyance.