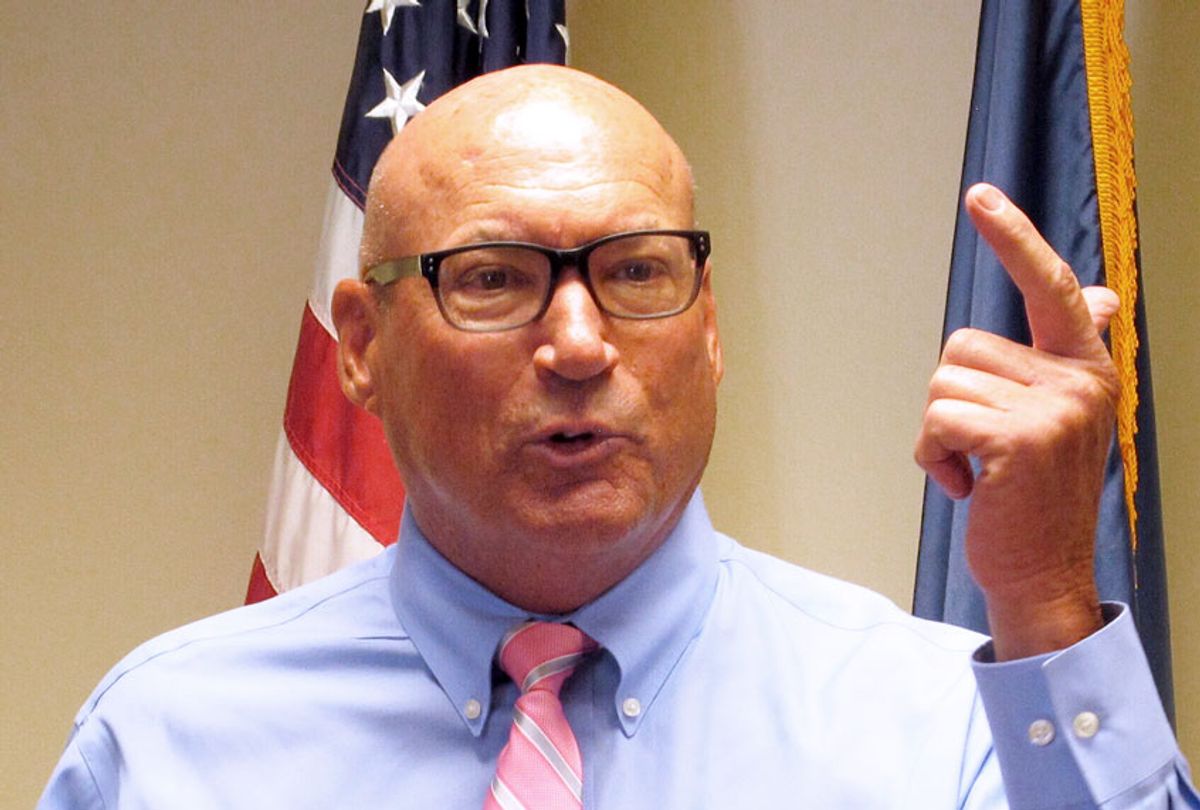 A right-wing candidate for Louisiana governor used a racial slur during an appearance on a local radio program.

Gary Landrieu, a cousin of former New Orleans Mayor Mitch Landrieu, is running as an independent candidate for governor on an anti-immigrant platform that echoes President Donald Trump’s rhetoric, and he dropped the N-word in response to an apparent prank caller to a radio show, reported Right Wing Watch.

The caller referred to Landrieu as a “piece of sh*t” during Wednesday’s broadcast of WGSO-AM’s “Chicks on the Right” program, and the hosts and the candidate taunted the man for using profanity.

Landrieu’s rant then went off the rails after he used the racial slur while defending himself.

“Let me tell you, when I was a kid we learned about protecting ourselves and defending ourselves because we were called a lot of ugly names as children,” Landrieu said. “As an 8-year-old, they called me, ‘Oh, there’s the n*gger-lovers right there.”

The hosts recoiled in horror.