Beto O'Rourke responds to latest shooting: This is "f***ed" up 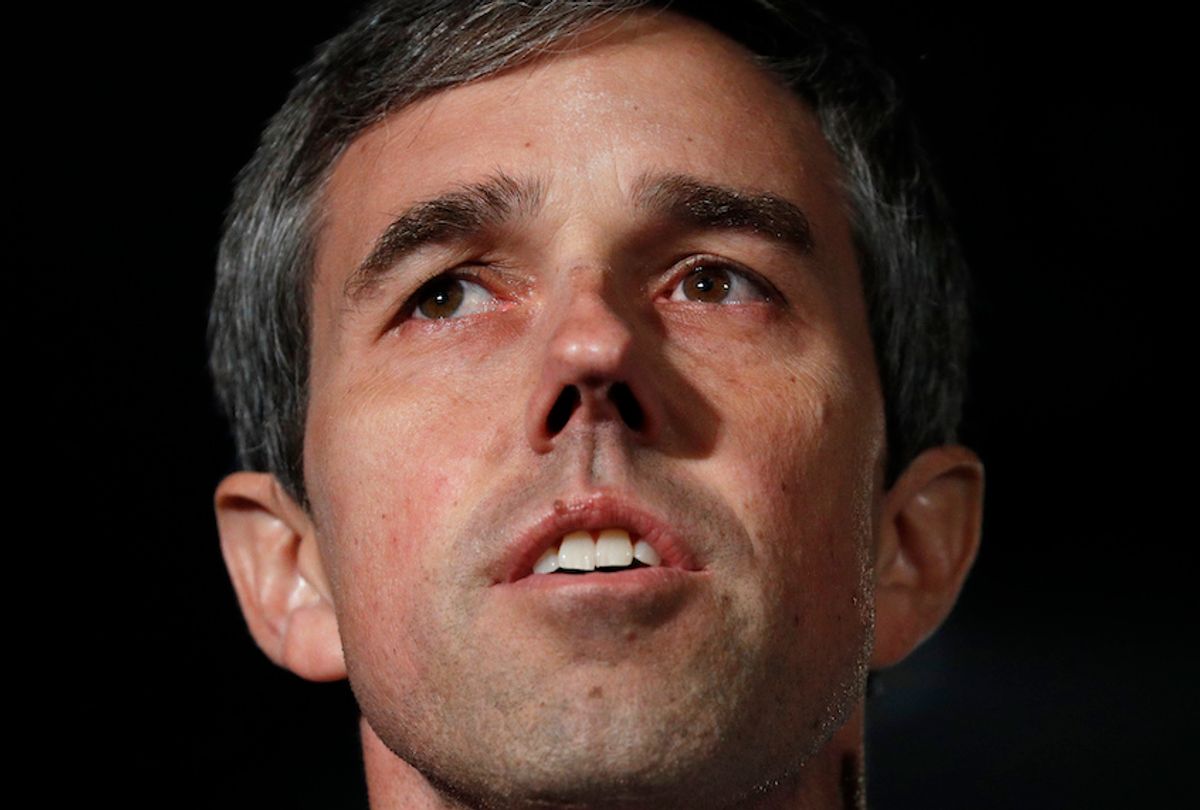 Former Rep. Beto O'Rourke of Texas, a Democrat who is running for president in the 2020 election, emotionally called for stronger gun control laws as he described the ongoing epidemic of mass shootings as "f***ed up."

"The rhetoric that we've used, the thoughts and prayers that you've just referred to, it has done nothing to stop the epidemic of gun violence," O'Rourke told CNN's Dana Bash on Sunday. "To protect our kids, our families, our fellow Americans in public places. At a Walmart in El Paso where 22 were killed, in Sutherland Spring in a church, one or two a day all over this country. A hundred killed daily in the United States of America. We're averaging about 300 mass shootings a year. No other country comes close. So yes, this is f***ed up. And if we don't call it out for what it is, if we're not able to speak clearly, if we're not able to act decisively, then we will continue to have this kind of bloodshed in America. And I cannot accept that. And so we're going to speak as defiantly and as strongly as we can, but we're also going to take action."

O'Rourke then specified a number of policies he believes would reduce gun violence including "Universal background checks. Red flag laws. An end of the sales of weapons of war. And buying those AK-47s and AR-15s back so that they cannot be used against our fellow Americans."

O'Rourke expressed similar thoughts during an event in Fairfax, Virginia on Saturday.

"Don’t know what the motivation is, do not yet know the firearms that were used or how they acquired them, but we do know this is f**ked up," O'Rourke said at the event. "We do know that this has to stop in this country. There is no reason that we have to accept this as our fortune, as our future, as our fate, and yet functionally right now we have. To have a Congress that will not even study gun violence, by law has prevented the Centers for Disease Control, from knowing the facts lest we be motivated and compelled to do something about them. Will not even pass universal background checks or close those loopholes that allow people to buy a firearm when they should not be able to."

O'Rourke also expressed outrage last month after a mass shooting in El Paso that was motivated by racist hatred of Latinx immigrants.

"In addition to universal background checks, in addition to ending the sales of weapons of war in our communities, in addition to red flag laws, we've got to acknowledge the hatred, the open racism that we're seeing," O'Rourke told CNN's Jake Tapper at the time. "There is an environment of it in the United States. We see it on Fox News, we see it on the internet, but we also see it from our Commander in Chief. And he is encouraging this. He doesn't just tolerate it, he encourages it. Calling Mexican immigrants 'rapists' and 'criminals,' warning of an invasion at our border, seeking to ban all people of one religion. Folks are responding to this. It doesn't just offend us, it encourages the kind of violence that we're seeing, including in my hometown of El Paso yesterday."