Right's massive free-speech hypocrisy: Bret Stephens and Mo Brooks are the tip of the iceberg

Bret "Bedbug" Stephens and Rep. Mo Brooks support free speech — but only as a tool for right-wing ideology 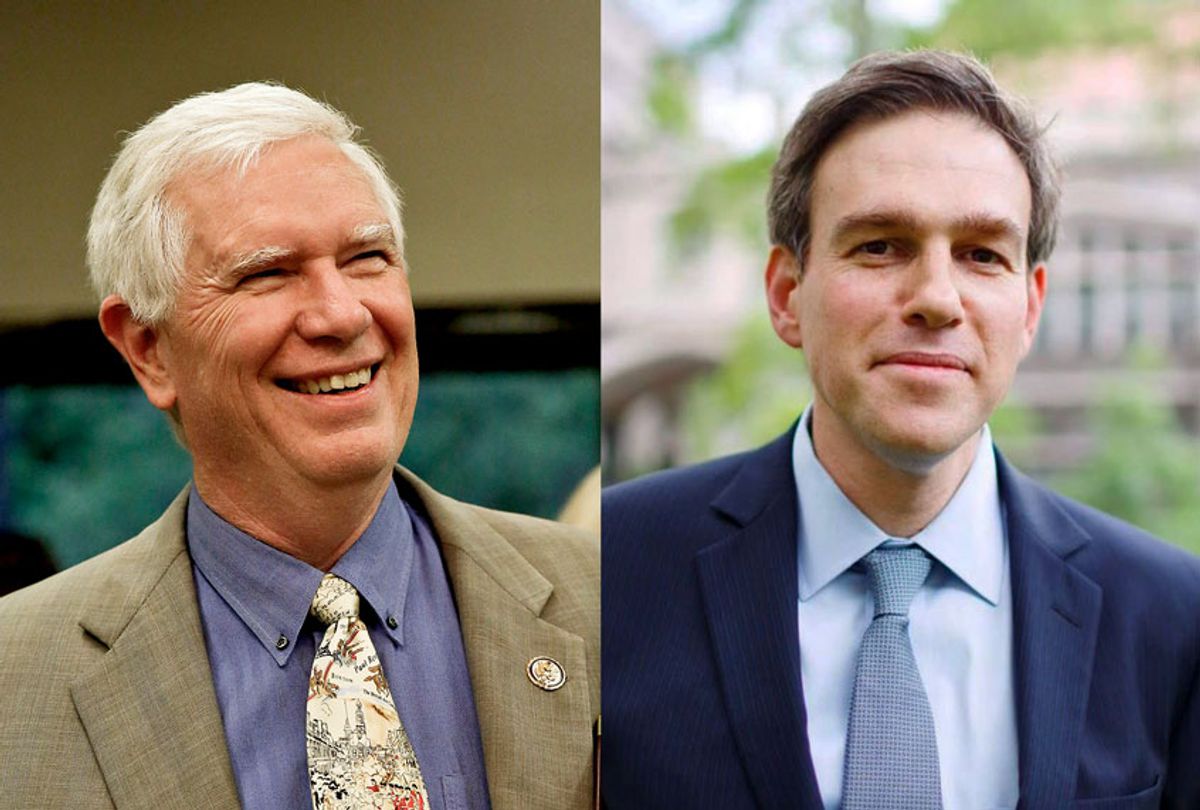 Last week’s embarrassing "bedbug" saga, in which a harmless joke finally drove New York Times columnist Bret Stephens off Twitter, is a perfect example of the incredibly thin skin possessed by most of the vocal “free speech warriors” who have used fear-mongering over the supposed silencing of discourse on college campus to leapfrog from the right wing into the mainstream. The hilarious anecdote also usefully breaks down the false premise upon which this particular battle in the culture wars is built.

After it was reported this week that the New York Times headquarters has a bedbug infestation, David Karpf, an associate professor at George Washington University, tweeted: “The bedbugs are a metaphor. The bedbugs are Bret Stephens.”

Without even being tagged in a tweet that had initially garnered zero retweets, Stephens noticed. He then wrote an email to Karpf to bemoan his lack of civility, sending a copy to the provost of Karpf’s university.

“I’m often amazed about the things supposedly decent people are prepared to say about other people — people they’ve never met — on Twitter,” Stephens wrote in a now-infamous email to Karpf. “I would welcome the opportunity for you to come to my home, meet my wife and kids, talk to us for a few minutes, and then call me a ‘bedbug’ to my face.”

Stephens later explained on MSNBC that he snitched to Karpf’s boss not in an effort to get him fired, but because “managers should know” about their employee’s private speech. This is the same Bret Stephens who has warned against trigger warnings in the classroom: “If you can’t speak freely, you’ll quickly lose the ability to think clearly.”

A day before Stephens' Twitter-induced meltdown, a right-wing Republican congressman called for a university professor to be fired for his speech.

After Allen Frances, former chair of the Duke University department of psychiatry, appeared on CNN last weekend, Rep. Mo Brooks, R-Ala., took to Twitter to call for his firing. Brooks objected to Frances’ argument that “Trump is as destructive a person in this century as Hitler, Stalin and Mao were in the last century.”

Brooks, who has previously compared Democrats and the media to Hitler, declared in a recent press release: “I support freedom and free enterprise. I oppose free speech suppression and Socialism.”

Both calls for suppression of speech from prominent voices on the right come about a week after a targeted campaign by right-wing media resulted in a professor actually losing his job because of political speech and association.

Conservative websites piled on Jeff Klinzman, an adjunct English professor at Kirkwood Community College in Cedar Rapids, Iowa, over a post on a Facebook page named "Iowa Antifa." After someone shared a tweet in which Trump referred to antifa protesters as "Radical Left Wack Jobs who go around hitting ... people over the heads with baseball bats," Klinzman commented, "Yeah, I know who I'd clock with a bat," ABC affiliate KCRG reported.

Trump said in July that his administration was considering designating anti-fascists as a terrorist organization after GOP Sens. Bill Cassidy of Louisiana and Ted Cruz of Texas introduced a non-binding resolution to label members of antifa groups as “domestic terrorists.”

Klinzman was forced to resign from his teaching position following the national outcry.

Even fewer have taken up the cause of Ismail B. Ajjawi, a 17-year-old Palestinian student recently detained at Boston’s Logan Airport on his way to Harvard University. The Harvard Crimson reported that U.S. officials interrogated Ajjawi, who was arriving to begin his freshman year at Harvard on a full scholarship, for eight hours. After searching his phone and computer, authorities eventually revoked his visa and sent him home to Lebanon, where he had lived as a refugee. Ajjawi's visa cancellation came just days before the U.S. State Department removed Palestine from its official list of countries.

According to a written statement by Ajjawi, an immigration officer claimed she “found people posting political points of view that oppose the U.S.,” though she discovered nothing Ajjawi had posted himself.

Not enough details are available on Ajjawi’s case to know whether any of his friends’ offensive posts were threatening in nature. But since there was no official boasting about having stopped a potential terrorist, it seems highly unlikely there was any imminent threat or any apparent history of radicalism. Indeed, Ajjawi is not even being punished for something he said — but for something his friends apparently said.

And his case comes the same week an inspector general released a report on political targeting within the State Department.

That investigation was launched following media reports of political retribution and the administering of a sort of loyalty test after Donald Trump’s inauguration. The State Department inspector general’s office found a pattern of inappropriate actions by Kevin Moley, assistant secretary of state for the department’s Bureau of International Organization Affairs, and his senior adviser, Mari Stull.

According to Foreign Policy, Stull’s job had been to “scour the social media accounts of employees, diplomatic staffers, and employees of international organizations connected to the US, to determine if they’re devoted and dutiful to Trump and his agenda."

Moley and Stull were also accused of deciding not to fill a bureau role that dealt with human rights because they did not like the leading candidate for the role, possibly because of the person’s relationship with the LGBTQ community. The person’s past work with a UN agency that deals with Palestinian refugees was also said to have bothered Stull, who felt the agency was anti-Semitic.

The IG’s report found that Stull had referred to her colleagues in the IO Bureau as the “swamp” on her personal Twitter account. On the allegation that Stull retaliated against career officials perceived as politically disloyal, the inspector general “found evidence of leadership and management deficiencies and mistreatment of career employees in the Bureau of International Organization Affairs.”

The majority of the employees the inspector general’s office interviewed, the report stated, “either directly experienced hostile treatment or witnessed such treatment directed at others.” Many of the bureau’s staffers said Stull “made positive or negative comments about employees based on perceived political views,” including referring to career employees as “‘Obama holdovers,’ ‘traitors,’ or ‘disloyal.’”

Stull told Foreign Policy that the inspector general’s “report is politically motivated payback for my efforts to implement President Trump’s agenda over the resistance of Deep State bureaucrats who opposed his reform agenda.”

Free speech is just a tool for conservatives, who have no serious commitment to the First Amendment or any other doctrine of basic human rights. The moment such freedom doesn’t further their ideology, it magically disappears.