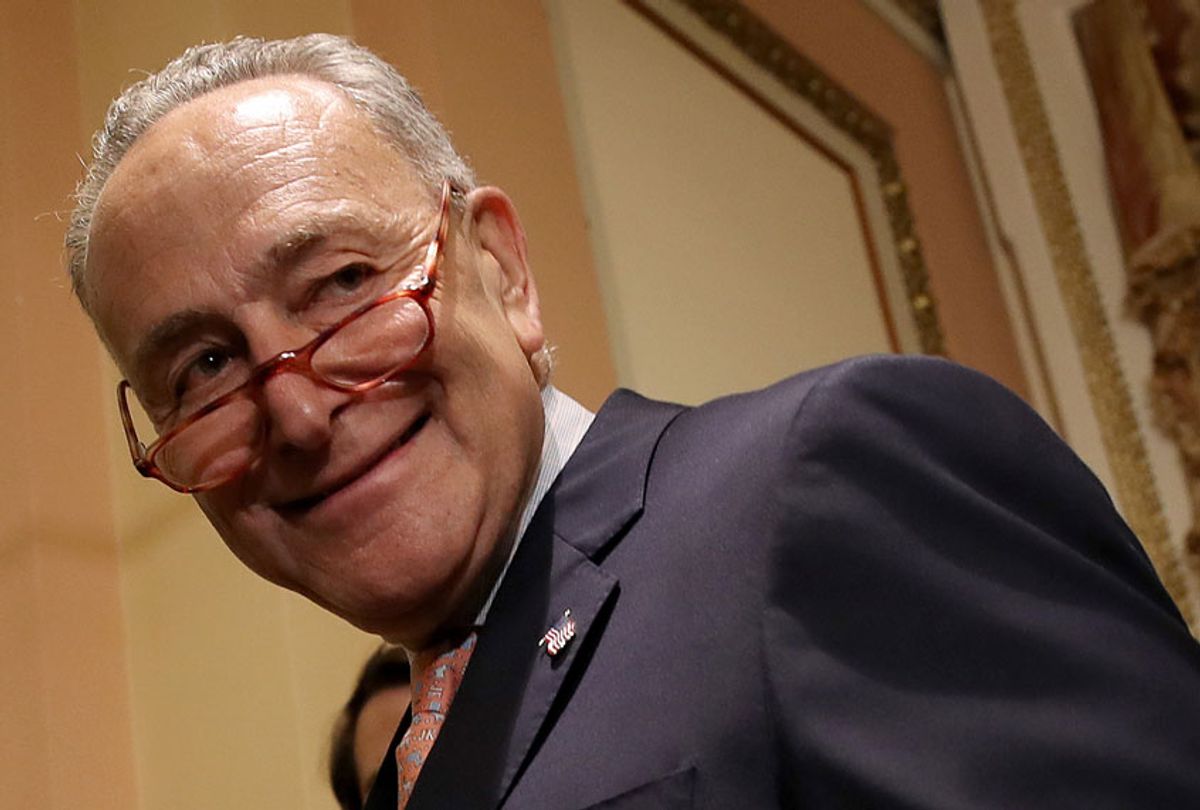 The Intercept reported Thursday that Andrew Romanoff, a Medicare for All and Green New Deal supporter running for Republican Sen. Cory Gardner's Colorado seat, has had "multiple consultants" turn down offers to work on his campaign due to "pressure from the DSCC."

The DSCC, which has endorsed former Colorado Gov. John Hickenlooper in the Senate Democratic primary, "pressured consultants from at least five firms not to work with" Romanoff, according to The Intercept.

"They've made it clear to a number of the firms and individuals we tried to hire that they wouldn't get any business in Washington or with the DSCC if they worked with me," Romanoff said. "It's been a well-orchestrated operation to blackball ragtag grassroots teams."

On Twitter, Romanoff suggested his support for Medicare for All and the Green New Deal is unacceptable to the Democratic establishment, which has thrown its support behind the anti-Medicare for All and pro-fracking Hickenlooper. As Sludge reported just before The Intercept's story was published, the DSCC "raked in cash from healthcare and fossil fuel lobbyists before endorsing Hickenlooper."

"Shameless, but not surprising," Romanoff said. "I support a Green New Deal and Medicare for All. Those priorities don't sit well with the party bosses and powerbrokers in Washington — but I'm not running to represent them."

Waleed Shahid, communications director for Justice Democrats, asked on Twitter, not without a note of irony, whether the DSCC was likely to interfere in the same way against Rep. Joe Kennedy III, D-Mass., a moderate Democrat running to oust progressive incumbent Sen. Ed Markey, Senate sponsor of the Green New Deal bill.

According to the Intercept, the DSCC's efforts to squash progressive campaigns are not limited to Colorado:

If the DSCC's intervention in Colorado is any indication, the Democrats' Senate campaign arm is taking the blacklist one step further, by discouraging consultants from working not only for challengers to incumbent Democrats, but also for progressives running against the establishment's preferred candidate in a seat currently held by the GOP...

Individuals connected to a handful of campaigns across the country said they've heard about interventions by national Democrats, either in the form of the DSCC pressuring consultants not to work with progressive candidates, or Senate Minority Leader Chuck Schumer telling people not to run for office in the first place.

Writer Aaron Freedman said the DSCC's tactics are "arguably even worse than the DCCC blacklist — Schumer is blackballing progressives in open primaries for GOP-held seats."

The DSCC, which is ostensibly headed by Sen. Catherine Cortez Masto, D-Nev., denied to The Intercept that it has an explicit policy of blacklisting consultants and firms that work with progressive challengers.

But the campaign arm's early interventions are infuriating progressives and depriving viable candidates of the resources and staff necessary to sustain a Senate campaign.

"First they came for the House candidates; now they're gonna come for the Senate candidates," Heather Brewer, manager of New Mexico Secretary of State Maggie Toulouse Oliver's Senate campaign, told The Intercept. "They're threatening people's livelihoods, if people dare break with what the insiders in Washington want. It's extortion."