To the relief of Senate Democrats, Joe Manchin has decided not to run for governor of West Virginia 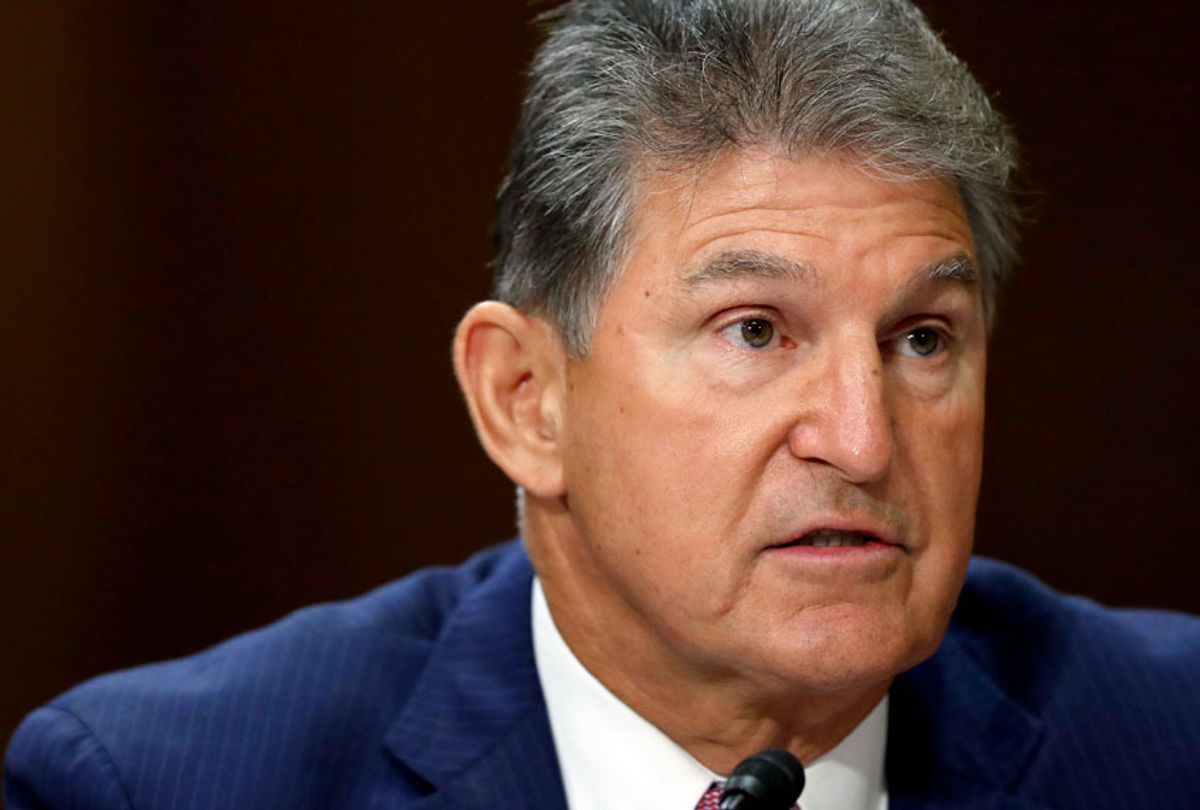 Sen. Joe Manchin, D-W.V., will not mount a gubernatorial campaign in his home state, a move which helps the odds of Democrats regaining control of the upper chamber in the 2020 elections.

"When considering whether to run for governor, I couldn’t focus just on which job I enjoyed the most but on where I could be the most effective for the Mountain State," Manchin said in a statement to Politico. "Ultimately, I believe my role as U.S. senator allows me to position our state for success for the rest of this century."

Manchin, who was a popular governor of West Virgnina from 2005 to 2010, had reportedly grown unhappy with his job in the Senate, where he felt hyper-partisanship makes it extremely difficult for both sides to work together for the common good.

"I have people back home that want me to come back and run for governor," he told the Hill in June. "We’re looking at all the different plays. I want to make sure whatever time I have left in public service is productive."

"I haven’t been happy since I’ve been here. I’ve always thought there was more we can do," he later added. "It’s the greatest body in the world, so much good could be done."

In an interview with Politico back in April, Manchin emphasized his desire to occupy the West Virginia governor's mansion again, describing it as "the best job in the world."

His potential gubernatorial ambitions roused concern among Democrats. Although Manchin has been criticized by some in the party as insufficiently liberal, he represents a state that voted for President Donald Trump by 42 points in the 2016 election. Thus, it would have been an uphill battle for another Democrat to win Manchin's seat if had decided to step down.

"Manchin’s decision to stay in the Senate is helpful to Democrats," Kyle Kondik of Sabato's Crystal Ball and the University of Virginia's Center for Politics told Salon by email. "While it’s possible that if Manchin had won the governorship, he could’ve appointed a replacement through the 2022 election, it’s also possible that state Republicans would have altered the state’s Senate vacancy law to force an earlier special election that would’ve allowed Republicans to capture the seat more quickly than 2022. So, for the time being, Democrats can count on retaining a Senate seat in what has otherwise become a very Republican state."

He added, "Overall, the Democrats have to net three seats in 2020 to force at least a 50-50 tie, which Democrats hope a Democratic vice president could break in their favor if they win the presidency at the same time. Retaining Alabama seems like it will be very difficult, so in all likelihood, Democrats will need to win at least four current Republican seats to win the Senate. Arizona and Colorado are obvious targets, and Democrats are probably no worse than 50-50 to win both. Maine and North Carolina also are attractive Democratic targets. Those are the four best opportunities for Democrats, I think, with the twin races in Georgia and other contests like Iowa as other possibilities."

"I’d probably rather be the Republicans than the Democrats in the race for the Senate," Kondik continued. "But the battle for control is very competitive, and the Democrats have a path."