Hurricane tracking technology is about to regress 30 years, thanks to 5G cell networks 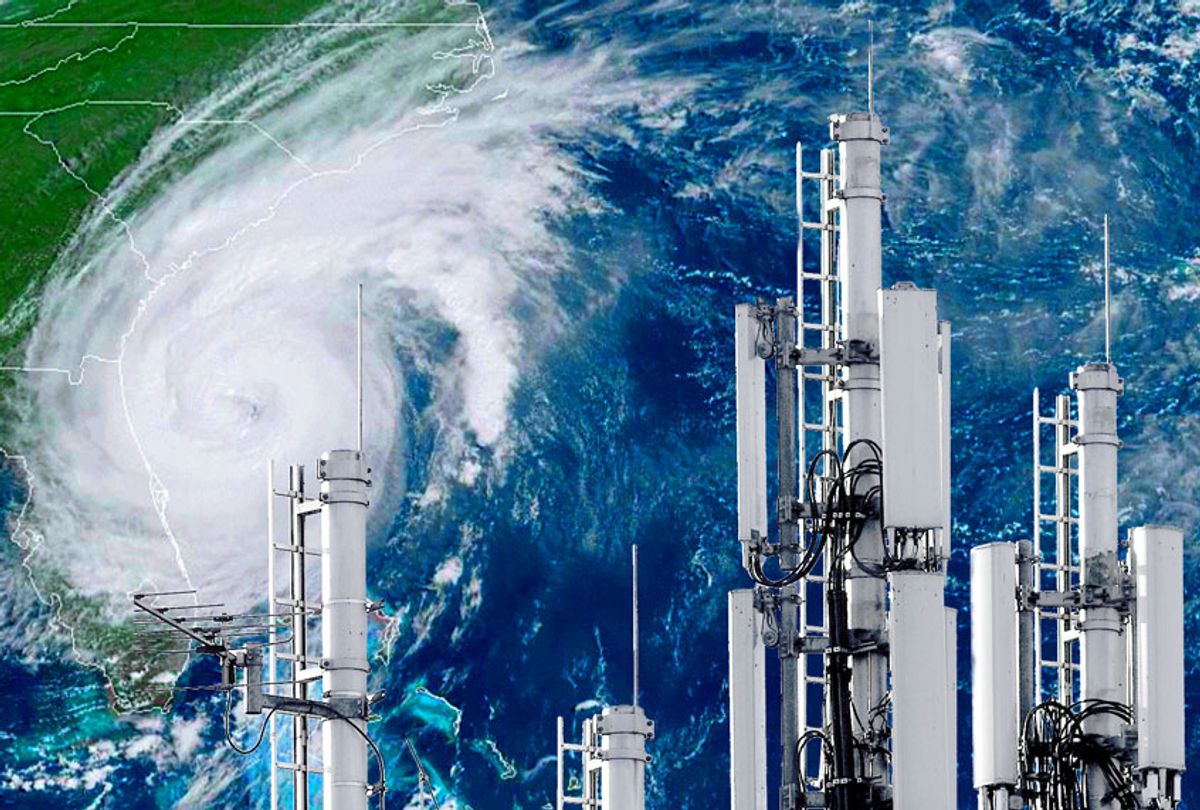 If you've been transfixed by the minute-by-minute tracking of Hurricane Dorian, thank a weather satellite. Data from weather satellites, weather stations and radar makes it possible for forecasters to use computer simulations to predict a hurricane’s path — and those predictions, though imperfect, help save lives. Yet as forecasting technology continues to improve, it faces a big threat that could impede humanity's ability to predict the path and intensity of category 5 hurricanes like Dorian: specifically, the onset of 5G cellular technology, the blazing-fast fifth generation wireless cellular network that is currently being rolled out.

What does a cellular network have to do with weather forecasting? It turns out quite a lot, as one signal interferes with the other.

In May 2019, Neil Jacobs, the acting head of the National Oceanic and Atmospheric Administration (NOAA), testified before Capitol Hill that 5G wireless signals could decrease forecasting accuracy by 30 percent.

“This would degrade the forecast skill by up to 30%. If you look back in time to see when our forecast skill was roughly 30% less than it was today, it's somewhere around 1980,” Jacobs said in May. “This would result in the reduction of hurricane track[ing] forecasts’ lead time by roughly two to three days.” A delay of two to three days could have a catastrophic effect on human life.

Still, these warnings haven't swayed regulators nor the cell phone industry.  In August, Sprint announced more cities would be added to its 5G rollout plan. AT&T already has 5G available to corporate customers in various cities. Verizon already offers 5G to customers and has plans to expand, too.

Weather industry officials say urgent actions, such as agreements to work together, need to be taken immediately.

“There is going to have to be some sort of agreement between the telecommunications and weather enterprises on what is a viable strategy on what protects the interests of atmospheric observing compared to delivering data via 5G,” Jordan Gerth, an Honorary Fellow at the University of Wisconsin-Madison's Space Science and Engineering Center, told Salon.

Gerth explained 5G poses a threat specifically to hurricane forecasting because both happen at the same frequency. When it comes to tracking a hurricane’s intensity and pathway, scientists use data from other phenomena in the atmosphere which are gathered by satellites.

Gerth said if 5G was rolled out over land, researchers would then have to take out the satellite observations for parts of those areas where potential interference occurred.

“Right now the uncertainty is to what extent there will be an interference,” he added. “In some sense the cause for education is to make sure that the existing weather sensing bands are protected and that 5G is in areas that are far enough away from where present weather sensors exist.”

This does not mean 5G can’t exist in states like Florida, but that the power might have to be turned down.

"If the power is turned down, there is a lesser likelihood that water satellites (that will sense the atmosphere) will sense the 5G network” instead, Gerth said.

Federal Communications Commission Chairman Ajit Pai has been dismissive of these concerns, which are only one of several in regards to 5G. As several experts told Salon last year, the effects of widespread use of mobile 5G need to be better-studied before it goes mainstream.

“Even though the radiation associated with 5G technologies hasn’t been investigated as extensively as that associated with current cell phone technologies, there is a substantial body of literature and evidence to indicate a significant impact of exposure on human health and development,” Dr. Jerry Phillips, a professor at the Department of Chemistry and Biochemistry at the University of Colorado, told Salon in 2018. “Of concern here are not just the potential effects of 5G-associated radiation, but what might result from the combined impact of 5G-radiation with other sources of non-ionizing radiation in our environment. Certainly, a more careful and thorough assessment of the risks to human and environmental health are warranted.”