Earlier this year, Pirro questioned on air if Democratic Rep. Ilhan Omar was un-American because she wears a hijab 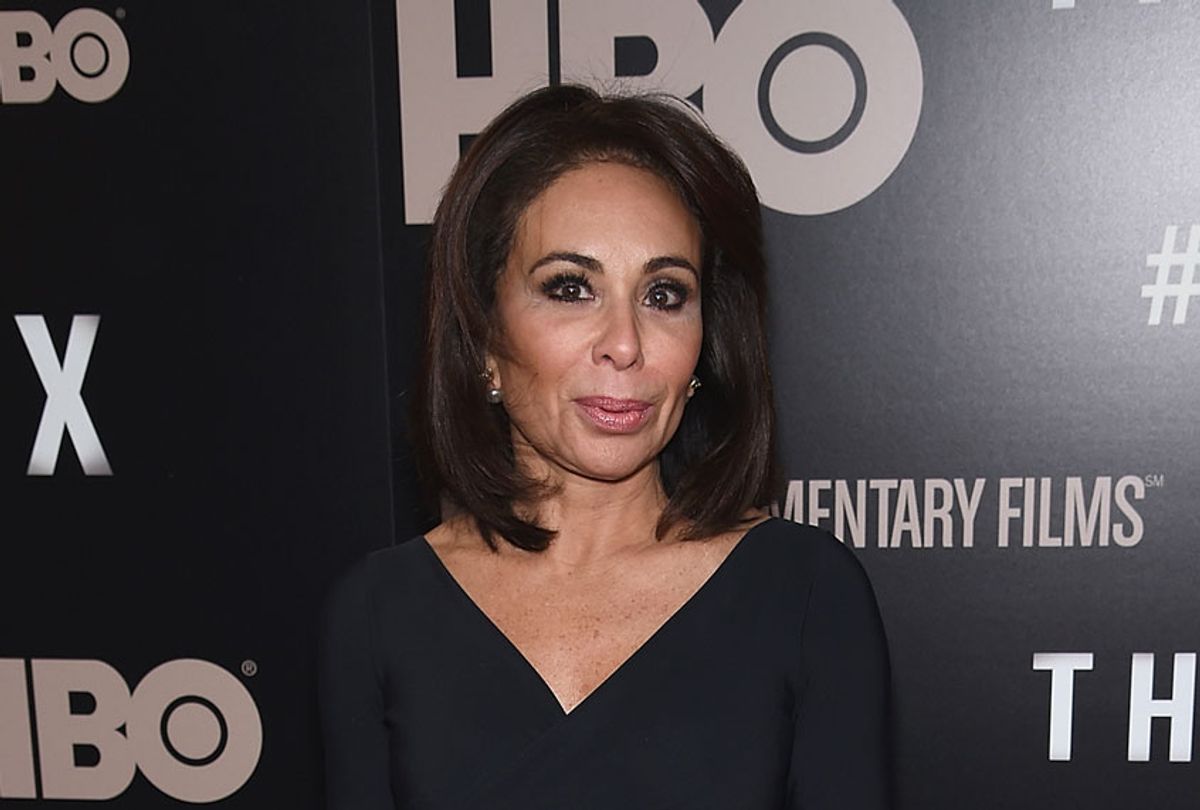 Fox News host Jeanine Pirro has confirmed a long-held suspicion: She was suspended by the conservative-leaning channel earlier this year for Islamophobic remarks she made about Rep. Ilhan Omar, D-Minn.

In an interview with former White House aide and ardent Trump supporter Sebastian Gorka, Pirro complained about how Fox News restricts her media appearances. The moment came after Pirro told Gorka that she would need to see if the network would allow her to do a live studio interview with him during a break on his YouTube show, "America First with Sebastian Gorka."

"You know, Fox News reviews everything. They're unbelievable," she lamented, prompting Gorka to ask if she had some flexibility due to her recent book release.

"No, they're still saying you cannot do Bill O'Reilly. You cannot do Newsmax," Pirro said. "You know what? They suspended me, and I'm not going to get fired. You know, I'm worried that that suspension was the basis to tee up for anything I do wrong. They'll fire me."

It is not clear whether Pirro knew that her comments were being broadcast, although Gorka had told her, "Hey Jeanine, we're still live. The mics are live on YouTube."

Although it was reported in March that Pirro had been suspended after she questioned on air if Omar was un-American because she wears a hijab, the Fox News host's comments on Tuesday marked the first time she publicly confirmed her suspension.

In response to questions about Pirro's mysterious absence from the air, Fox News said at the time that they were "not commenting on internal scheduling matters." In a later statement, however, the network appeared to try to distance itself from Pirro's opinion, stating: "We strongly condemn Jeanine Pirro's comments about Rep. Ilhan Omar. They do not reflect those of the network, and we have addressed the matter with her directly."

The controversy prompted President Donald Trump to jump into the fray and defend one of his most loyal media boosters, longtime friend and sometimes presidential adviser. In a series of tweets, Trump demanded that Pirro be placed back on the air immediately.

"The Fake News Media is using every trick in the book to SILENCE a majority of our Country. They have all out campaigns against @Fox News hosts who are doing too well. Fox News must stay strong and fight with vigor. Stop working soooo hard on being politically correct, which will only bring you down, and continue to fight for our Country," he wrote at the time. "Be strong & prosper, be weak & die! Stay true to the people that got you there. Keep fighting for Tucker, and fight hard for @JudgeJeanine."

Pirro returned to the air in late March after a suspected two-week suspension. She did not address the controversy at the time, instead merely thanking her viewers for turning in to her program and adding her signature sign-off.

"Finally, thank you to each of you for watching me tonight. I love my loyal Fox News channel viewers, and I appreciate you all for joining me," she said. "Advocating for truth, justice and the American way."