Drinking two glasses of soda a day increases your risk of an early death, study finds 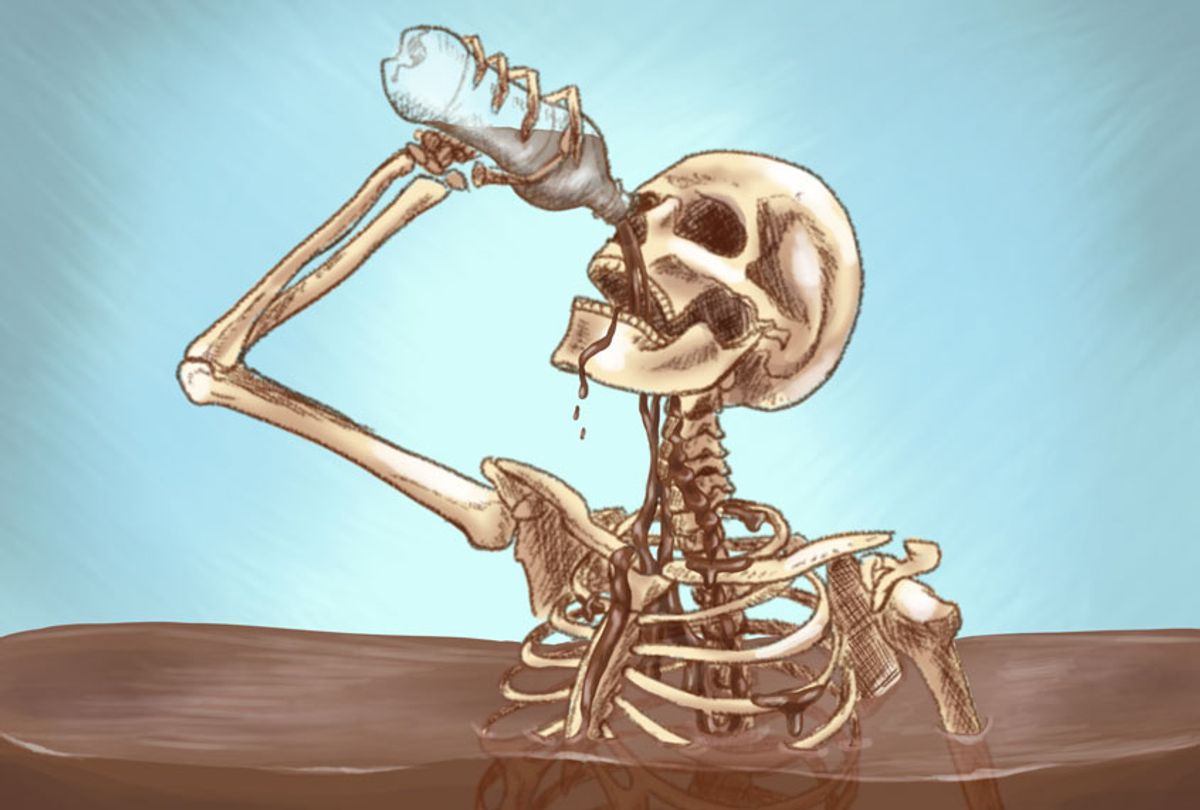 People who regularly consume soft drinks — sweetened both artificially and by sugar — may be better off drinking water, according to the findings of a new study published this week in JAMA Internal Medicine.

In the study, researchers found that people who drank more than two glasses of soft drinks per day had a higher risk of dying than those who consumed less than one glass of soda per month.

The study, one of the largest of its kind, analyzed data from more than 450,000 men and women from 10 countries in Europe. It found that consumption of two or more glasses of artificially-sweetened soft drinks a day was positively associated with deaths from circulatory disease. One or more glasses a day of sugar-sweetened drinks was associated with deaths from digestive diseases.

The researchers recruited people from Denmark, France, Germany, Greece, Italy, the Netherlands, Norway, Spain, Sweden and the U.K. Participants joined the study between 1992 and 2000, then followed up for an average of 16 years, during which time more than 41,600 deaths were reported.

Participants had an average age of 50.8, and those with health conditions such as cancer, heart disease or diabetes at the outset were excluded from the analysis. Of the participants, 71.1 percent were women.

When they signed up for the study, participants were asked to report some aspects of their lifestyle, including their level of physical activity, smoking habits and weight. They were also asked to reveal how frequently they consume "low-calorie or diet fizzy soft drinks," fruit and vegetable juices and coffee.

Researchers noted that once factors like alcohol consumption, body mass index, diet, physical activity, smoking and education were taken into account, participants who consumed roughly two glasses per day of soft drinks had a higher risk of death in comparison with those who drank less than one glass per month.

In spite of the study's findings, researchers noted it contains several limitations. Participants were required to report their levels of consumption, except in Greece, Italy and Spain, where data was collected using personal interviews.

Additionally, the researchers noted they could not establish a direct correlation between elevated soft-drink consumption and a higher risk of death, given the observational design of the study. They pointed out, however, that soft drink consumption may be an indicator of an overall unhealthy lifestyle.

The researchers also said additional studies are needed to investigate the possible health effects of artificial sweeteners on mortality.

"We found that higher soft drink intake was associated with a greater risk of death from any cause regardless of whether sugar-sweetened or artificially sweetened drinks were consumed," said Dr. Neil Murphy, the study's lead author and a scientist at the International Agency for Research on Cancer, part of the World Health Organization.

He added, "Our results for sugar-sweetened soft drinks provide further support to limit consumption and to replace them with other healthier beverages, preferably water."