According to the Washington Post, Trump repeatedly said “I don’t know” when asked if the map had been doctored 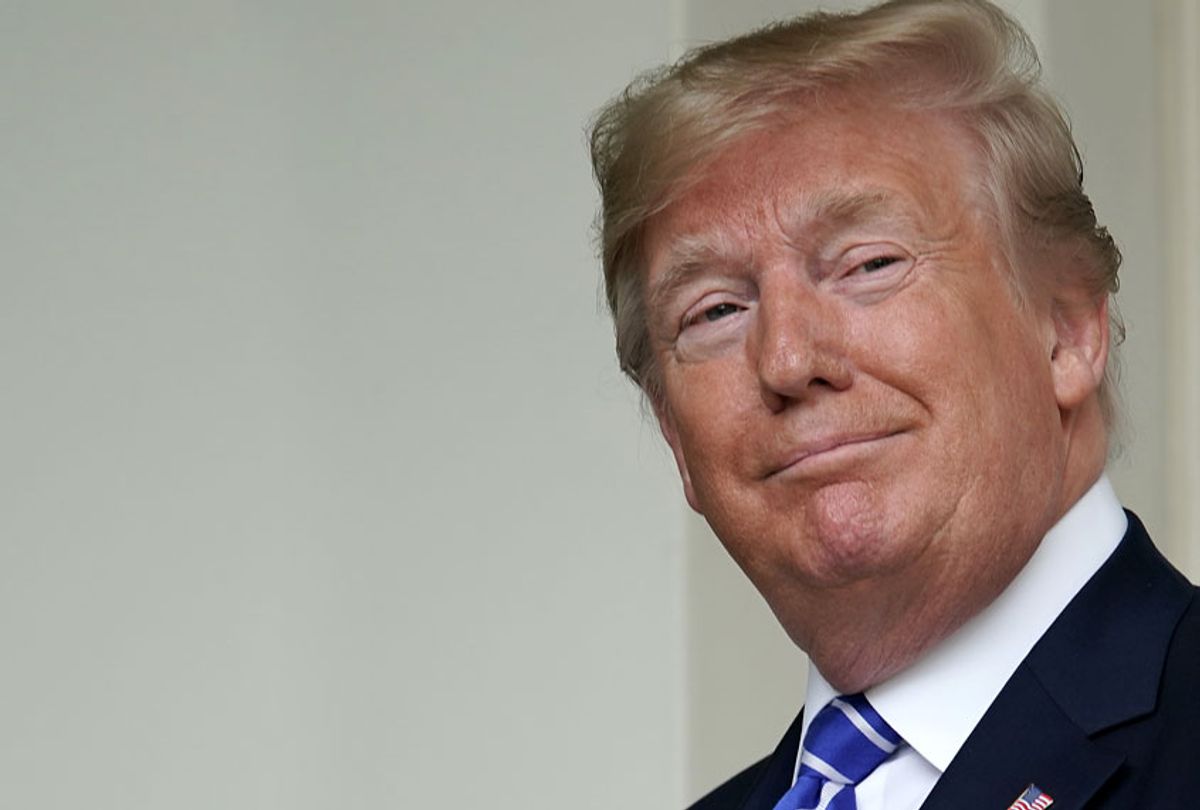 The forecast maps that the National Hurricane Center produces can be confusing. What they attempt to show is a range of possible paths a storm’s center could take over the next few days. Presented without that context, it’s no surprise some people think the maps show hurricanes growing larger over time, or that they show all the areas that could conceivably be under threat. (In fact, people living outside the “cone of uncertainty” are still at risk.) Visual journalist Alberto Cairo recently explained what the cone means in a fascinating interactive for the New York Times that’s very much worth your time.

Donald Trump, surprisingly, seems to understand exactly what the cone of uncertainty means. He just doesn’t agree with the meteorologists whose job it is to know whatever is humanly possible to know about hurricanes.

If you were online Labor Day weekend, you may have seen Trump tweet about Hurricane Dorian, which had recently ravaged the Bahamas and was heading toward the East Coast. “In addition to Florida – South Carolina, North Carolina, Georgia, and Alabama, will most likely be hit (much) harder than anticipated,” he wrote in a now-deleted tweet. There was only one problem: Dorian was not, in fact, forecast to hit Alabama. To clear up any confusion, the National Weather Service office in Birmingham tweeted a fact-check:

But on Wednesday Trump had the last word, as Trump is wont to do. In a video update on Hurricane Dorian filmed in the Oval Office, Trump presented a probability map for Dorian that, lo and behold, showed the hurricane potentially moving toward Alabama. What accounted for this unexpected change of forecast? Well, Trump, or someone on his staff, had amended the map’s cone of uncertainty in what appeared to be Sharpie.

“It was going toward the Gulf, that was what was originally projected,” Trump explained with a straight face as he gestured toward the altered map, “and it took a right turn.” Ah yes, the massive hurricane took a sharp right turn! That’s a much more plausible scenario than a scientifically illiterate president making a mistake in a hastily composed tweet.

According to the Washington Post, Trump repeatedly said “I don’t know” when asked if the map had been doctored. Credit where credit is due — a man who’s not afraid to admit it when he doesn’t know something is a man worthy of our admiration.