Activist campaign pushes Rep. Hakeem Jeffries, No. 4 House Democrat, to back Medicare for All 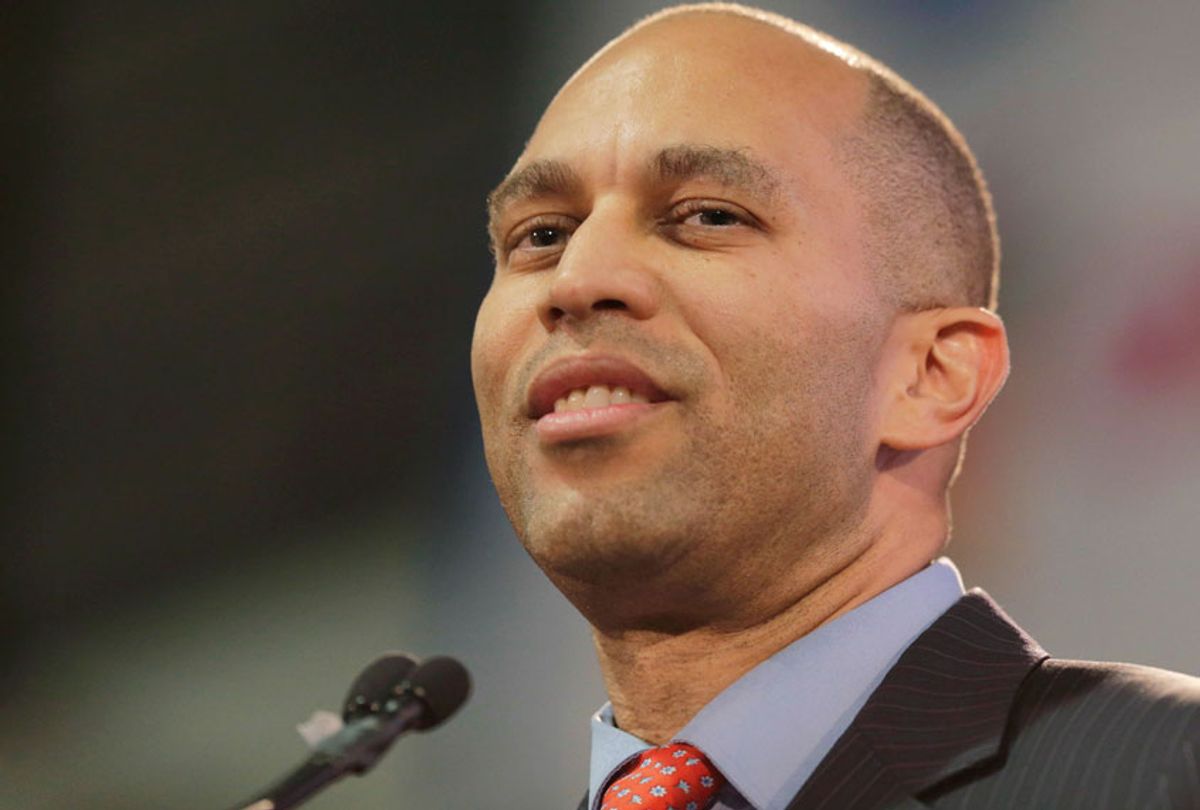 Following months of dogged campaigning by National Nurses United and other advocates, a top Democrat in the U.S. House on Thursday became one of the highest-ranking lawmakers to sign on as a co-sponsor of the House Medicare for All bill.

"There are several pathways to achieve this objective, including implementation of a single-payer system," Jeffries added.

Jeffries also announced his co-sponsorship of another proposal favored by progressives — the Medicare Negotiation and Competitive Licensing Act (H.R. 1046), which would allow the government to negotiate drug prices and issue licenses to competing companies if a pharmaceutical company refuses to negotiate a fair price.

NNU gave credit to the thousands of Americans who joined the group's campaign in recent months, calling on Jeffries' constituents in Brooklyn and Queens to demand that he support Medicare for All.

"We've proven — once again — that our grassroots organizing can apply the pressure needed to win over even the most hard-to-convince Democrats," wrote Jasmine Ruddy of the group's organizing team to supporters.

Volunteers sent 75,000 texts to Jeffries' constituents and 150 people signed up over the summer to canvas and make phone calls in his district in support of the popular proposal, the Senate version of which is co-sponsored by five of the seven senators who joined the presidential race this year.

Jeffries's support means that 119 out of 235 House Democrats now back the legislation.

Jeffries is the second-highest ranking Democrat to announce his support for Medicare for All, after Assistant Speaker Ben Ray Luján, D-N.M., signed on as a co-sponsor in June. Both lawmakers resisted the proposal for several years while NNU and other advocates were fighting for universal health care, calling instead for a public option.

The Democratic caucus chairman's support was seen as especially significant because Jeffries could eventually succeed House Speaker Nancy Pelosi, D-Calif., who has yet to support Medicare for All.

Seventy percent of Americans support Medicare for All, including 85 percent of Democrats, according to recent polling by Reuters.

NNU emphasized that campaigners must continue to pressure Democrats to join the majority of Americans in supporting the proposal.

"We have so much momentum on our side," NNU told supporters. "And while we're grateful for Rep. Jeffries's support, we can't let up."

"It's on all of us to put even more pressure on Congress to support Medicare for All," the group said.