In a letter, Schultz noted that "not enough people today are willing to consider backing an independent candidate" 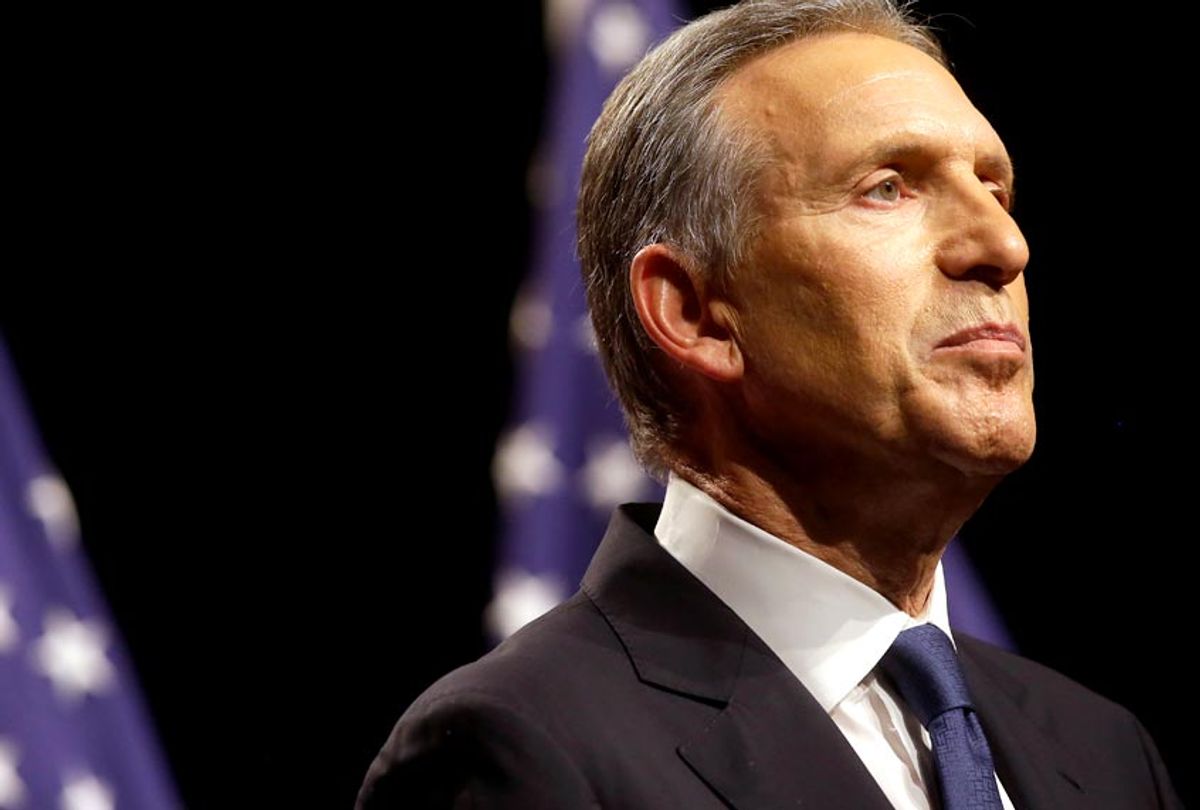 Howard Schultz, the former Starbucks CEO who had considered mounting a White House bid as a "centrist independent," announced on Friday that he will not run for president.

"My belief in the need to reform our two-party system has not wavered, but I have concluded that an independent campaign for the White House is not how I can best serve our country at this time," Schultz said in a letter posted Friday to his website.

Schultz announced in January that he was weighing a presidential bid as an independent. Though he described himself at the time as a "lifelong Democrat," he said he is "not in anyway in bed with a party."

"We're living at a most fragile time — not only the fact that this president is not qualified to be the president but the fact that both parties are consistently not doing what's necessary on behalf of the American people and are engaged every single day in revenge politics," he said at the time.

"Howard, I like your coffee, but please don't do this," Rep. David Cicilline, D-R.I., begged Schultz on Twitter. "You're not going to win. You're just going to make it easier for @realDonaldTrump to win."

Former Secretary of Housing and Urban Development Julián Castro, who is running for president in 2020, argued that a Schultz candidacy would "provide Donald Trump with the best hope of getting re-elected," because he could siphon off votes from the Democratic nominee. Castro said he did not think "that would be in the best interest of our country."

Trump, for his part, alleged on Twitter that Schultz "doesn't have the 'guts' to run for President!"

In response to the backlash and criticisms that followed the news of his presidential ambitions, Schultz penned an op-ed in an effort to persuade voters that a third-party candidacy would "resonate."

In his letter Friday, Schultz acknowledged concerns from Democrats who were worried that a third-party candidate would help Trump win a second term, writing that "not enough people today are willing to consider backing an independent candidate, because they fear doing so might lead to re-electing a uniquely dangerous incumbent president."

He also noted his recovery from a back injury in April that led to three back surgeries and hindered him from "continuing his travels and engaging with people to the degree that is necessary."

In June, the former Starbucks CEO announced that he would be taking a "detour" from exploring a presidential campaign as he recovered from back surgery.

Instead of running for president, Schultz said Friday that he plans to "spend this election cycle and the years ahead supporting bold and creative initiatives to transform our system and address the disparity of opportunity that plagues our nation."

Meanwhile, the money Schultz would have allocated to a campaign "will instead be used to invest in people, organizations and ideas that promote honesty, civility and results in our politics, and that move the country beyond two-party gridlock."