“Let’s not make something up when it’s not what he said," moderator Whoopi Goldberg said as she fact-checked McCain 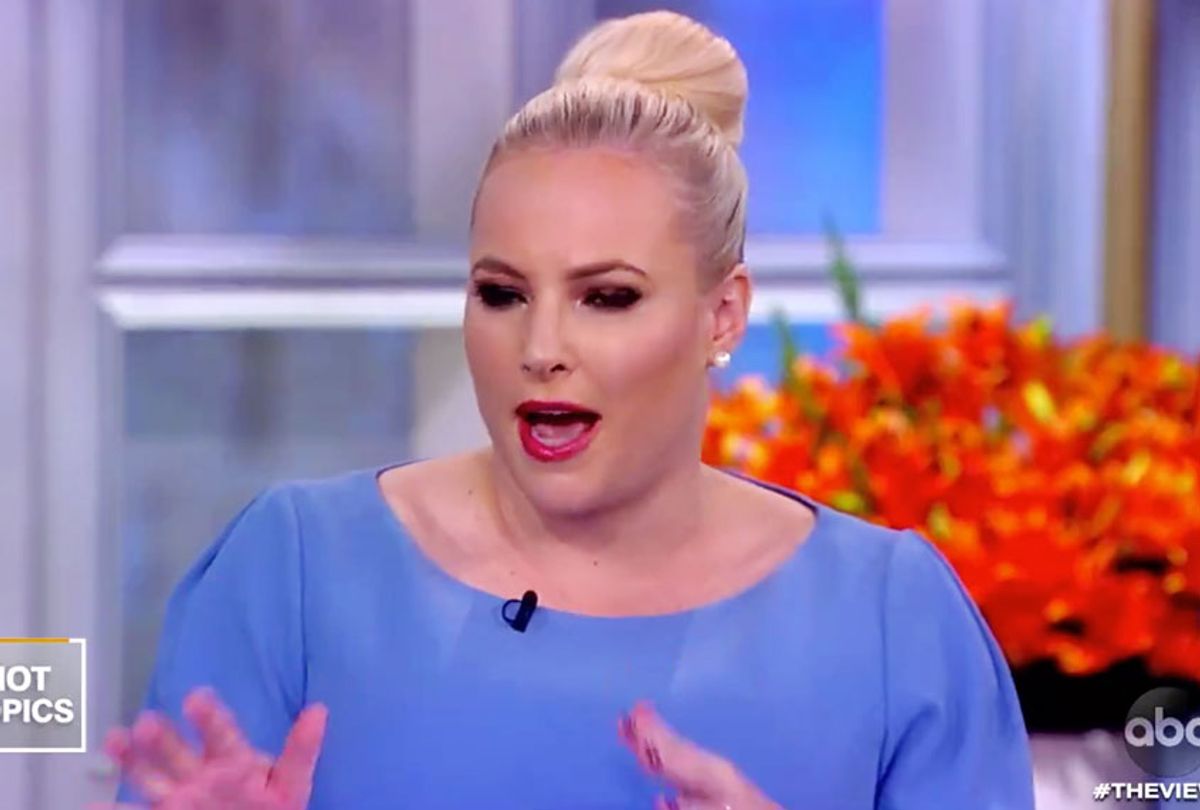 The Democratic presidential candidate agreed that family planning was a key feature in addressing climate catastrophe, and McCain backed her friend S.E. Cupp’s assessment of the remarks as an endorsement of eugenics.

“Population growth is on the decline,” McCain said. “The world’s population is projected to nearly stop growing by the end of the century — and in all clarity, I think people know this, but S.E. Cupp is one of my closest friends, and I agree with that. We were actually texting each other when this moment happened in the climate change debate.”

“Any time you’re talking about population control,” she added, “if you’re a pro-life person, it starts sounding alarms. Because, again, like in China they enacted a one-child policy, and now men outnumber women by 70 million in China and India. It’s disgusting.”

Co-host Sunny Hostin pointed out that wasn’t eugenics, which Goldberg had already defined earlier in the discussion, but McCain pressed on.

“I believe it’s a slippery slope towards that,” McCain said, “and I do think this dystopian hell hole nightmarish hellscape that Democrats are putting out that climate change is just going to end everything to the (point) that we’re going to have to have population control in this country seems very extreme.”

McCain and Abby Huntsman agreed that Sanders seemed to be supporting population control through abortion, while Hostin and Joy Behar argued that’s not was he was saying at all — and Goldberg cut in with a fact check.

“Let’s be clear about what he is saying,” Goldberg said. “Let’s not make something up when it’s not what he said, because when you bring in eugenics, that’s a different conversation. That is the controlling of a population because you don’t like the size of your nose or they’re too dark.”

McCain interjected to say that eugenics disproportionately impacts minorities and people with disabilities, but Goldberg said that was beside the point.

“They were having an insane amount of children,” Goldberg added. “What these women fought for and pressed for and marched for and got was the right to make that decision for themselves. I think that’s clearly — and maybe I misinterpreted it, but when he says, I think especially in poor countries around the world, where women do not necessarily want to have large numbers of babies, and where they can have the opportunity through birth control to control the number of kids they have, that’s something I support. That’s different than eugenics.”

McCain said she heard Sanders “through the prism of a conservative,” and she was alarmed.

“I was shocked by what was coming out of his mouth,” McCain said, “and clearly everyone else at the table thought it was normal and just in the vein of climate change.”

Huntsman was also alarmed, and the panelists argued over Sanders’ meaning, but Goldberg stepped back in again to restore order.

“Listen, you can be pissed at what he said all you want to,” she said, “but report it correctly.”

You can watch the segment from "The View" here: