My daughter gets her news from Ariana Grande; now I do too. This is how stars took on mainstream news media 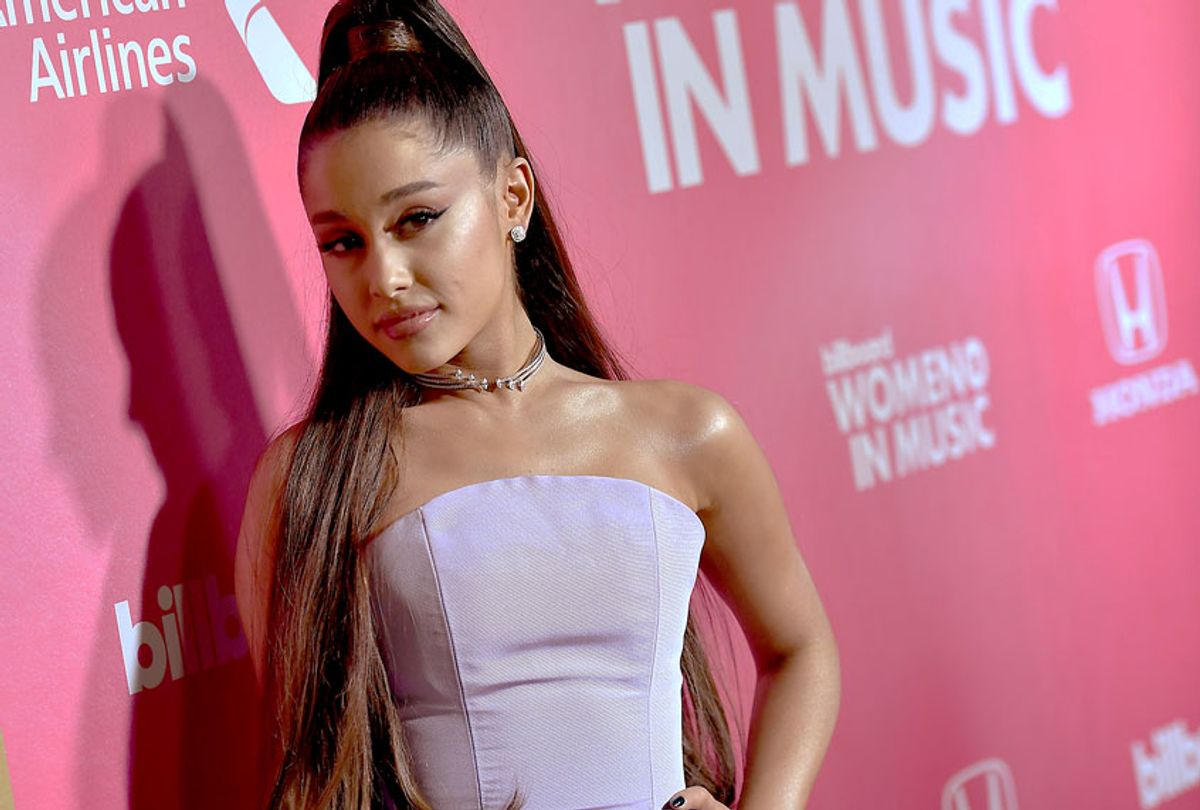 I get my news from all the usual sources — AP, CNN, Ariana Grande. You might want to do the same.

It was a warm August weekday, and my news feed was full of headlines about Sean Spicer being cast on the new season of “Dancing with the Stars.” That was the day my 15 year-old daughter asked me, “Can you believe what’s going on in Brazil?” I blinked blankly back at her. I couldn’t even fake it. “The rainforest?” she prompted. “I saw it on Ariana Grande’s Instagram.” She thrust her phone in my face. Along with three photos of the blazes, Grande had posted a message to her 163 million followers. “If ur not from Brazil, and dont have no clue about what’s happening here, here it goes. The largest rainforest on the world is on fire, for the 16th day. And the media is not giving a f**k for this. #PrayForAmazonia.” [sic]

Copy-editing inaccuracies aside, the line about "the media not giving a f**k" was on point. I admitted to my daughter that I’d had no idea. Then, as a comparison point, I opened up the New York Times app on my phone. We perused it together. There was nothing about the fires on the front page. Nor would there be until two days later.

At least singer-songwriter Camilla Cabello was on top of the story. On August 21 on her Instagram, sandwiched between two glamorous photos that can best be described as #hairgoals, she too posted an image of the fires and the words, ”this is heartbreaking and terrifying... This makes me want to cry with frustration. what are we DOING? We’re literally destroying our miracle of a home.” Demi Lovato, Jayden Smith and other young celebrities soon weighed in as well.

If you want to know what’s going on the world, you could do worse than consulting a pop star.

The relationship between celebrity and activism isn’t new — historians believe it was invented by Jane Fonda in the sixties. But social media has changed the nature of fame, and way the famous use their platforms. Generations ago, as long as you weren’t a communist, your politics could be a private thing. Even a decade or so ago, an artist like Taylor Swift might satisfactorily sum up her agenda with a hard line against being “Mean.” But that was then. Now, the job description for being a multi-hyphenate includes “credible knowledge of current geopolitical events and willingness to write an op-ed.”

It didn’t start with Standing Rock, but Standing Rock was surely a defining moment. The protests against the Dakota Access Pipeline gained momentum on social media in 2016 thanks to the advocacy of local indigenous community leaders. They also got a huge signal boost on Twitter thanks to stars like Leonardo DiCaprio. And when a wave of actors like Mark Ruffalo showed up to protest, the story went from an environmental one to something that demanded higher level media coverage. And while Shailene Woodley imploring her fans to call their representatives and look into where their banks have financial ties might not have changed the world, it did move the needle, undeniably, in the direction of awareness and action.

Behold the evolution of Taylor. After keeping mum on who she voted for in the 2016 election (interpreters of T. Swift symbolism have their theories), Swift’s Switzerland-like neutrality has become in recent years increasingly unsustainable to her fan base. Last year, she threw her support first for the March for Our Lives and then for her Tennessee Democratic candidates in the midterms. Her simultaneous message to young fans to “make their vote count, but first you need to register” set off a pronounced spike in voter registrations. As my celebrity publicist friend Jack said to me recently, “If you have 2.1 million Twitter followers and someone says go buy a pencil, everybody's going to buy a pencil.” And if you have 121 million followers, and that pencil is voter registration, I’m all for it.

More recently, throughout the summer-long run up to the release of her latest album “Lover,” newly woke Taylor hasn’t stopped making her positions clear, declaring herself pro-choice, vowing “ I just wanna do everything I can for 2020” and lobbying for the Equality Act during her acceptance speech at the VMAs. Her “Support the Equality Act” petition has over half a million signatures.

Casting celebrities as our modern truth tellers is a dicey game at best — having a sold out tour or superhero franchise is not exactly a reliable credential when it comes to fact gathering. And Hollywood doesn’t lack for crackpots, especially when it comes to vaccination information or female health. Just last month, a plethora of blue check-marked names, including Julia Roberts and Usher, fell for a hoax involving supposed new Instagram rules. If you’re getting your information from someone has an Oscar, you should still take a look at Snopes before retweeting.

A more cynical view of the famous person as news and analysis resource could be that it’s a tactical public image move. It certainly doesn’t hurt Matt Damon to be the clean water guy. But my publicist friend believes it’s usually coming from a sincere place. “With my clients, I never tell them what they should talk about,” he says, adding, “My job is to say, ‘Don’t say something you’re going to regret.’ If you’re going to say something that’s going to help people or is a positive message, if you tell me, ‘I can use my voice to take a stand,’ I will support you.”

And at a moment when the traditional mainstream narrative of what is and is not newsworthy is the hands of a smaller and chillingly less independent few, the allure of alternative sources is all but inevitable. It's especially for so younger people, who haven’t grown up assuming that a guy with a tie on TV has all the answers. A Common Sense Media report earlier this year found that an impressive 78% of American teens say it’s important to follow current events, and more than half of them get their news from YouTube and social media. Here’s the kicker — “Teens are about equally likely to say they are primarily informed about current events by news organizations (31%) as they are by family, friends, or teachers (33%) and by influencers or celebrities they follow online (31%).”

My own teen has taught me to see the value in that broad approach — to not be dismissive of information just because the person delivering it is young, female and has a ponytail. As my friend Jack says, “If Ariana Grande talks about the Amazon fire, guess what? Kids know about it.” Sometimes, they even tell their parents.