This is my favorite way to cook baby back ribs

Ideal for days when you don't want to turn on the oven. 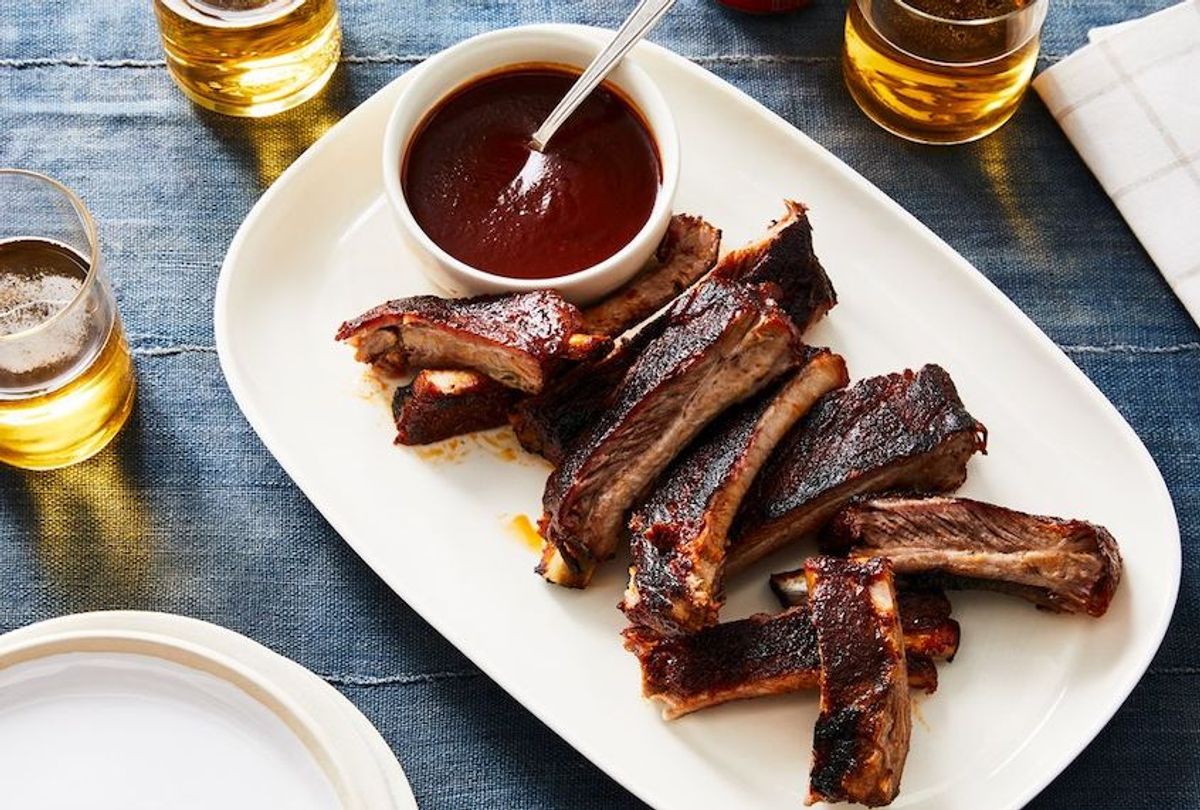 I’m about to say something that a lot of people, especially die-hard BBQ lovers, will find controversial: If you’re not using a slow cooker to make your BBQ ribs, then you’re doing it all wrong.

If you’re a barbecue rib master, sure, you’ve probably got your go-to method down pat. But as a home cook who believes cooking should be as effortless as it is tasty (and one who's had one too many rib fails), using a slow cooker or multi-cooker is your best bet for the juiciest, most hands-off barbecue.

Here’s the thing: I’ve always been a huge fan of ribs; just never a fan of cooking them.

The easiest way to make ribs is to smoke them using a smoker. This method involves a little babysitting, but nothing you can’t pass the time with by sipping a beer. (That’s how babysitting works, right?) Typically smoked ribs have an incredibly rich flavor and unparalleled texture. But the biggest problem with the smoker method is that you, ahem, need a smoker, an appliance that most people don’t own, let alone have the outdoor space for. So, unfortunately, that method is off the table for me (and I imagine for many others).

Another method is to just throw them on the grill. But, in my experience, this is the most problematic. Any time I’ve attempted to grill baby back ribs, they’re either perfectly cooked on the outside but not tender enough on the inside—or heck, just the opposite! (And, believe me, even if the BBQ sauce covers up the burnt outside, it will never cover up the taste.)

My many failures are likely due to my impatience. I tend to do a lot of poking, prodding, and lid-lifting, aka all the things most recipes tell you to avoid.

The most foolproof way I have found is to cook the ribs in the oven, from start to finish. Why? The heat is controlled, soft and steady, and the pork cooks to fall-apart perfection. The only problem with this method is that the oven is on for HOURS. In the warmer months, I follow a strict 15-minute rule when it comes to the oven, so unfortunately this method will have to wait until fall.

How to cook ribs in a crock-pot

This is where the slow cooker comes in like a superhero swooping in to save the day. It has the same temperature control as an oven, producing perfectly cooked ribs but without heating up the kitchen.

I like to give the ribs a dry rub before they’re cooked. To make them fit into the slow cooker, you’ve got to roll them up. So they don’t dry out, I add a little apple cider vinegar and water. The super flavorful leftover cooking liquid is then used as the base for a sticky BBQ sauce. 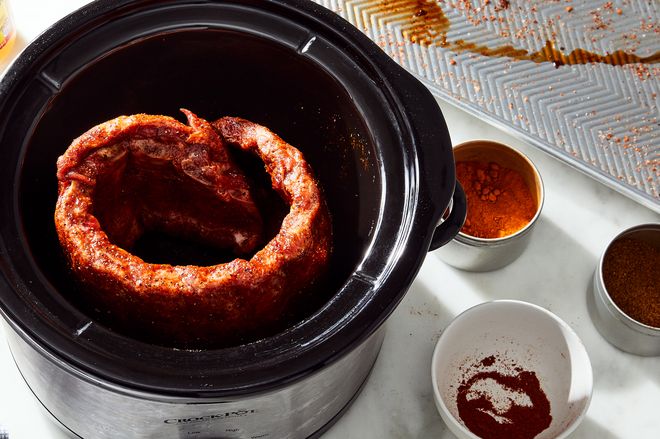 Rolled up. Photo by Bobbi Lin.

The best part about the slow cooking method is that it can be done a day in advance — meaning that, when it’s time to grill them up (or broil them), dinner is on the table in just 15 minutes. And finishing on the grill is key to giving them that flame-broiled kiss, should you want that. (Though, why wouldn't you?)

If you’re feeding a crowd, I’d suggest doubling this recipe. Served alongside this deliciously pickled potato salad and this cheesy broccoli salad situation, it’s the perfect (mostly) make-ahead Labor Day menu. And for drinks, I’d suggest a simple spritzer, but if you want to make things even easier, a bucket of beer will do just fine.

2. Pat the ribs dry. Flip them over, meat-side down, and remove the thin transparent membrane on the back of the bones. Sprinkle the rub evenly on both sides of the ribs and, well, rub!

3. Pour water and apple cider vinegar into the bottom of the slow cooker. Roll the ribs into a big coil and place into the slow cooker, meat side facing out. Place the lid overtop and cook for 3 1/2 hours on high or 7 hours on low.

4. When the ribs are finished cooking, carefully remove the rack of ribs to a foil-lined sheet tray. Pour the liquid from the slow cooker into a small sauce pot. Using a spoon, remove the layer of fat that floats to the top. Whisk in the ketchup and honey. Turn the heat on medium low and cook 20 minutes or until reduced by half.