Mark Sanford is running against President Trump in the Republican primaries

Former South Carolina Gov. Mark Sanford says he is opposing Donald Trump because the GOP has "lost our way" 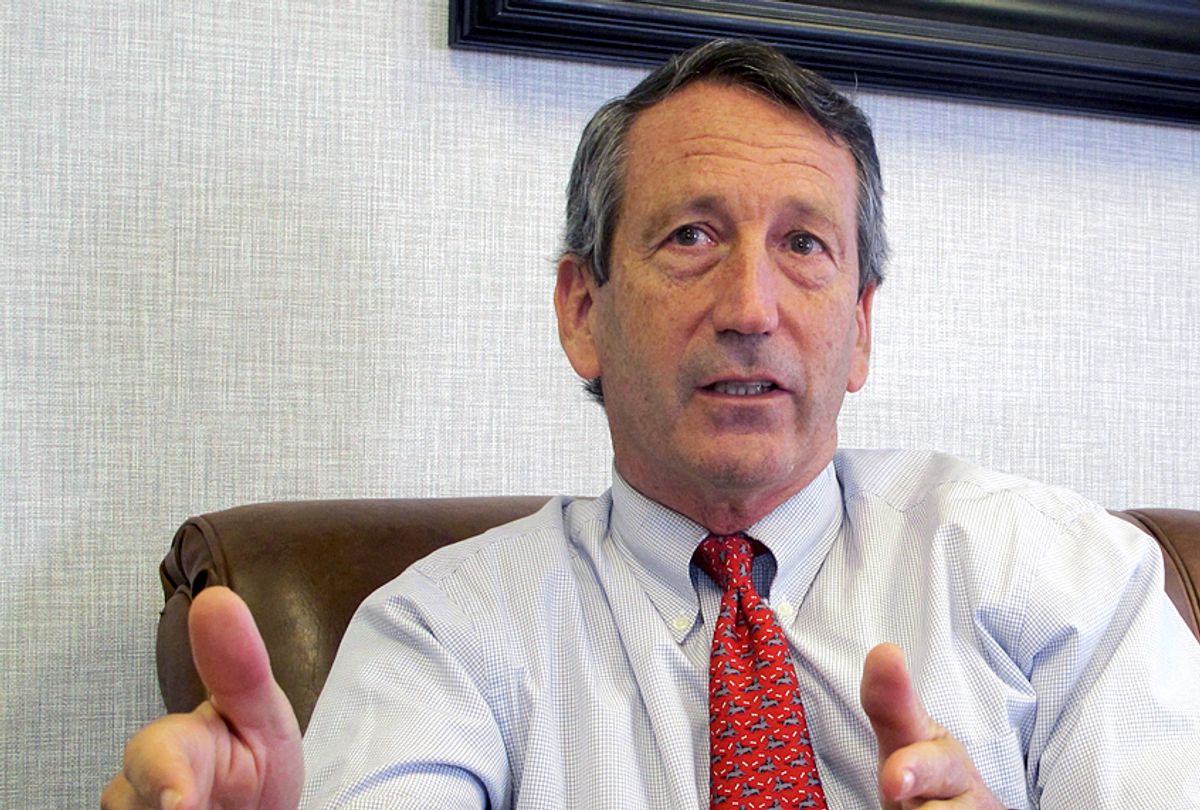 Former South Carolina Gov. Mark Sanford, a fiscal conservative perhaps best known for a scandal in which he vanished for days to spend time with his Argentine mistress, announced on Sunday that he is running against President Donald Trump in the 2020 Republican primaries.

"I think we need to have a conversation on what it means to be a Republican," Sanford said during an appearance on "Fox News Sunday. "I think that as a Republican Party, we have lost our way. And I'd say so on a couple of different fronts. I'd say first, and the sort of epicenter of where I'm coming from, is that we have lost our way on debt and deficits and spending. You know, one of the hallmarks of the Republican Party and the conservative movement has always been, how much do we spend?"

He added, "I mean it was Milton Friedman's notion that the ultimate measure of government is how much it spends. I think as a party we've lost our way. The president has called himself 'the king of debt,' has a familiarity and comfort level with debt that I think it is ultimately leading us in the wrong direction."

The former South Carolina governor and congressman then cited as one example the most recent debt deal that added $2 trillion of additional debt in the next 10 years, as well as adding one-third of a trillion in new spending.

Sanford is perhaps best known to the nation for vanishing over a period of several days while meeting with his mistress in Argentina (he used a spokesperson at the time to say that he had been hiking the Appalachian Trail). When "Fox News Sunday" anchor Chris Wallace asked Sanford about this, he responded that he had "profoundly apologized for that" and pointed out that Trump has yet to apologize for any of his transgressions.

Two other Republicans have announced that they are running against Trump in the 2020 primaries. Former Massachusetts Gov. Bill Weld plans on doing so as a comparatively more moderate candidate, and last week he tweeted criticism of the Republican Party for reducing the number of primaries and caucuses by writing that "Donald Trump, by turns arrogant and paranoid, has made no secret of the fact that he wishes to be crowned as President rather than elected. That might be fine in a monarchy, but we overthrew ours two centuries ago."

Former Illinois Rep. Joe Walsh, who has also worked as a right-wing radio host, is likewise running a campaign against Trump.

"I'm running because he's unfit; somebody needs to step up and there needs to be an alternative. The country is sick of this guy's tantrum — he's a child," Walsh told ABC News Chief Anchor George Stephanopoulos on ABC's "This Week" last month. He also expressed remorse for his past right-wing rhetoric regarding the president.

"I helped create Trump, and George, that's not an easy thing to say. I went beyond the policy and the idea differences and I got personal and I got hateful. I said some ugly things about President Obama that I regret," Walsh explained. He also said he regretted claiming Obama was a Muslim "and I have apologized for that. I'm bearing my soul with you right now on national TV. We have a guy in the White House who's never apologized for anything he's done or said."