Trump said he asked Bolton for his resignation, while Bolton claims he offered to resign 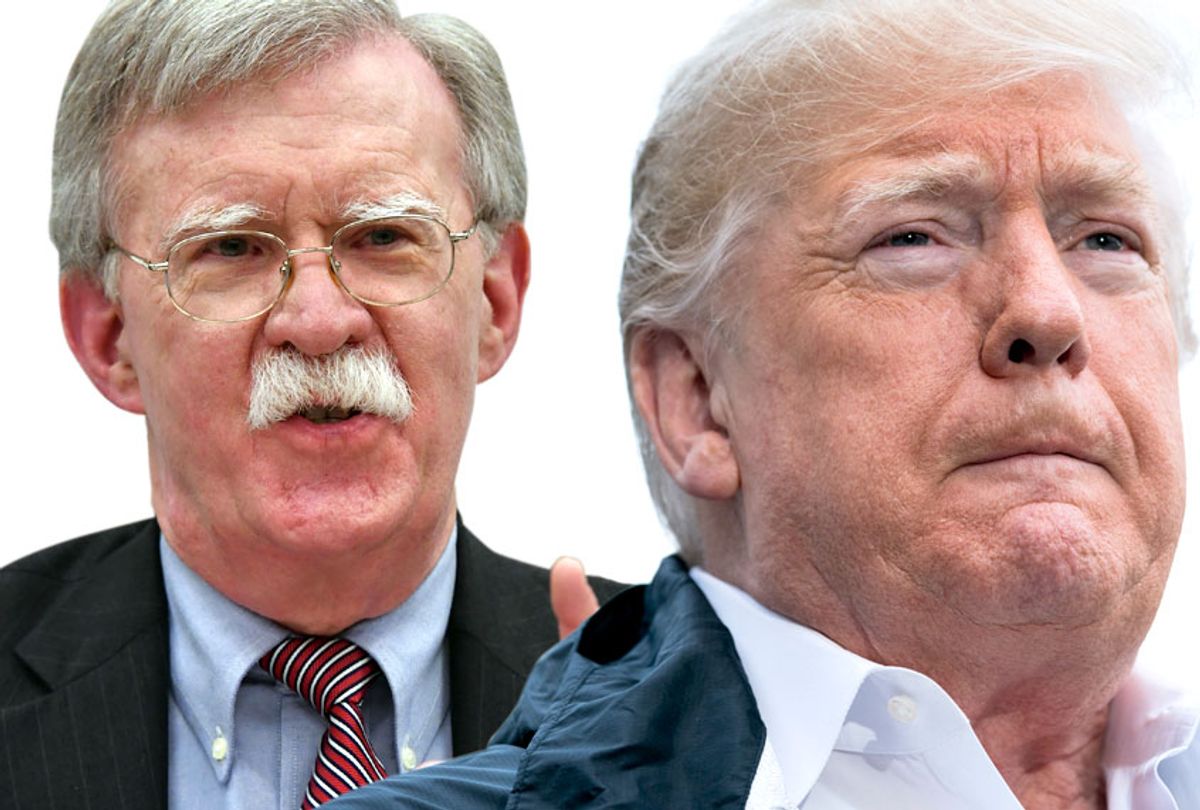 In classic fashion, Trump announced the decision on Twitter, his favorite social media platform. He said that he had asked for Bolton's resignation, which he received this morning, after he had "disagreed strongly with many of his suggestions."

"I informed John Bolton last night that his services are no longer needed at the White House. I disagreed strongly with many of his suggestions, as did others in the Administration, and therefore I asked John for his resignation, which was given to me this morning," the president said on Twitter.

Trump did not name a successor but said he would appoint someone "next week."

Seemingly in an effort to squash reports that he was fired, Bolton responded said in a tweet that he had offered to resign Monday night but that the president had said in response that they would "talk about it tomorrow."

The relationship between Bolton and Trump has appeared to be on shaky grounds in recent months.

Most recently, the two clashed over Trump's desire to host leaders of the Taliban at Camp David in the days before the anniversary of Sept. 11, 2001 terrorist attacks, to finalize a peace agreement. The idea was strongly opposed by Bolton, while officials at the State Department argued it could move the parties closer to an agreement.

Trump said on Monday that talks with the Taliban were now "dead," but he was reportedly irritated by Bolton, who has been skeptical of negotiating with the Taliban and had been feuding with top administration officials, including Secretary of State Mike Pompeo.

It has also been reported that Bolton had urged Trump to take a tougher stance on Iran, arguing in favor of striking the Middle Eastern country to help foment a regime change. Trump, on the other hand,said he would be open to meeting with President Hassan Rouhani of Iran, and would even consider extending short-term loans to Tehran, though the offer has so far been rebuffed.

In discussing escalating tensions the U.S. and Iran, Trump characterized Bolton as a "hawk" who would "take on the whole world at one time," but suggested he appreciated having a national security adviser whose opinion differed from his own.

"I have some hawks," he told "Meet the Press" in June. "Yeah, John Bolton is absolutely a hawk. If it was up to him he'd take on the whole world at one time, okay? But that doesn't matter, because I want both sides."

Bolton is the third national security adviser that Trump has fired. His first, Michael Flynn, was in court for a status hearing on Tuesday ahead of his sentencing for lying to the FBI about his contacts with Russia's ambassador to the U.S.

Trump tapped Bolton, the former U.S. ambassador to the United Nations and under secretary of state for international security under President George W. Bush, as a replacement for Army Lt. Gen. H.R. McMaster in a tweet in March 2018.

Soon after his appointment, Bolton told Fox News that he was taken off guard by the president's tweet.