Trump disses John Bolton: "If it was up to him he'd take on the whole world at one time" 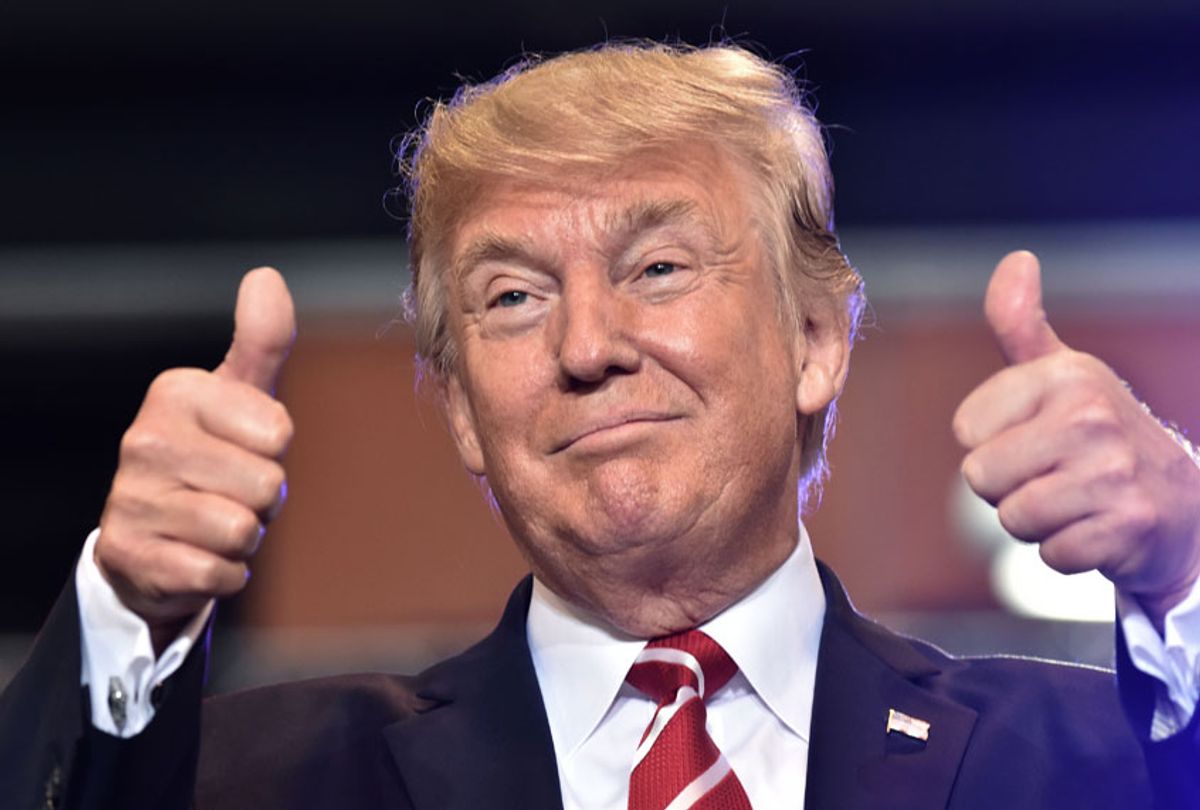 While discussing the escalating tensions between the United States and Iran, President Donald Trump admitted to "Meet the Press" that his national security adviser John Bolton is so hawkish that "if it was up to him he'd take on the whole world at one time."

Trump's comment occurred as NBC host Chuck Todd discussed the shooting down of an American drone by the Iranian government (the segment was pre-taped).

"Do you feel like you were being pushed into military action against Iran by any of your advisors?" Todd asked Trump. After the president replied that he had both doves and hawks in his administration and Todd affirmed that there are "serious hawks" working for him, the president took a swipe at National Security Adviser John Bolton.

Trump also shared a story with Todd about how he decided not to go ahead with a military option against Iran that would have cost lives, and which he therefore felt was disproportionate.

"We had something ready to go, subject to my approval," Trump told Todd. "And they came in. And they came in about a half an hour before, they said, 'So we're about ready to go.' I said, 'I want a better definition...'"

"No, no," Trump replied. "'We're about ready to go.' No, but they would have been pretty soon. And things would have happened to a point where you wouldn't turn back or couldn't turn back. So they came and they said, 'Sir, we're ready to go. We'd like a decision.' I said, 'I want to know something before you go. How many people will be killed, in this case Iranians?' I said, 'How many people are going to be killed?' 'Sir, I'd like get back to you on that,' great people these generals. They said, came back, said, 'Sir, approximately 150.' And I thought about it for a second and I said, 'You know what? They shot down an unmanned drone, plane, whatever you want to call it. And here we are sitting with 150 dead people that would have taken place probably within a half an hour after I said go ahead.' And I didn't like it. I didn't think it was, I didn’t think it was proportionate."

The Trump administration has been very critical of past American policies toward Iran, particularly those implemented by President Barack Obama. As Secretary of State Mike Pompeo told "Fox & Friends" last month, "the previous administration took a different path. They underwrote that government, giving them hundreds of billions of dollars and the ability to put the terror team in place that we're seeing today — the very terror threat that we're facing. President Trump's taken a very different course of action. We are determined to stop not only their nuclear program — and from them ever getting a nuclear weapon — but to prevent them from building up their missile program and conducting terror campaigns."