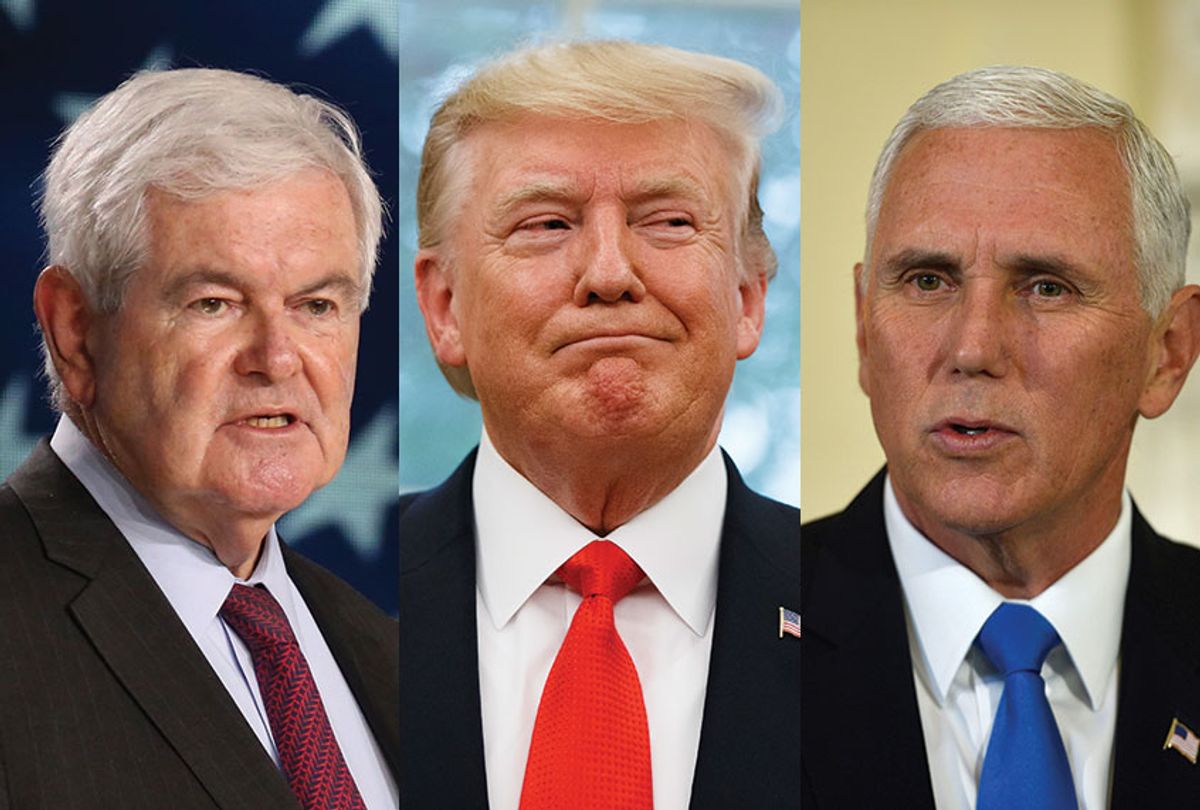 President Donald Trump nearly chose Newt Gingrich as his 2016 running mate, but he was concerned about the former House speaker’s background check.

The president, of course, ended up tapping former Indiana governor Mike Pence to run alongside him, after the religious conservative impressed him during a private meeting just ahead of the Republican National Convention, but the days ahead of that decision were full of intrigue and wrangling, reported Politico Magazine.

Jared Kushner and Ivanka Trump preferred Gingrich because he meshed well with Trump, and they liked his TV performances and the big ideas he could bring to the campaign.

But Trump had told an adviser that Gingrich’s vetting packet contained some terrifying details, and the former reality TV star said the background check “makes mine look tame” in comparison.

The Republican candidate ultimately chose Pence because he was impressed by his nonchalance during a final meeting that served as a job interview, but not until he met a final time with Gingrich.

Fox News host Sean Hannity had flown Gingrich, his preferred candidate, to Indianapolis at the last minute to meet with Trump after sensing the GOP candidate was leaning in another direction.

But he never stood a chance after Pence won over Trump by acting like he didn’t need to be vice president, and promised to campaign vigorously for Trump and whatever running mate he chose.