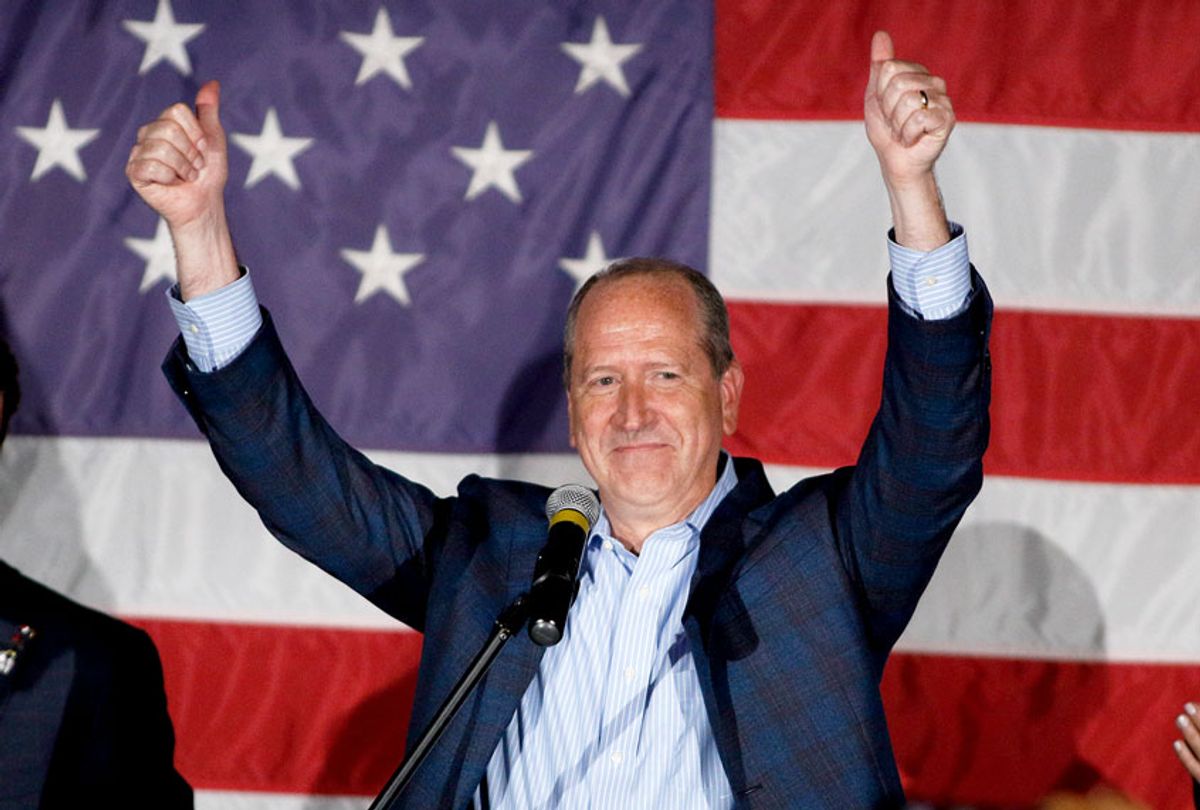 Bishop managed to defeat McCready by roughly two percentage points in a district that Trump carried by 12 during the 2016 presidential election, according to the New York Times. McCready came close to winning in the same seat during the 2018 midterm elections, but the results were invalidated over mounting evidence of ballot fraud. North Carolina's Board of Elections ordered a new election after the former Republican candidate Mark Harris admitted a new race was necessary.

President Donald Trump, for his part, claimed that a last-minute rally he held for Bishop with Vice President Mike Pence was a major factor in Bishop's victory.

"Dan Bishop was down 17 points 3 weeks ago. He then asked me for help, we changed his strategy together, and he ran a great race. Big Rally last night. Now it looks like he is going to win. @CNN & @MSNBC are moving their big studio equipment and talent out. Stay tuned!" Trump tweeted.

Bishop expressed gratitude to Trump during his victory speech, saying that the president was "the greatest fighter ever to occupy the White House" and that Trump "put himself on the line for this race."

As Politico noted, the same rural voters who turned out in 2016 for Trump helped propel Bishop to victory.

"Democrats also saw worrying trends of their own on Tuesday, as their candidate Dan McCready benefitted from a surge in metropolitan support that would have brought them victory — if not for an even stronger swell in rural support for Bishop and the GOP," Steven Shepard wrote.

Dave Wasserman — the U.S. House editor for the Cook Political Report — tweeted that Republicans celebrating Bishop's victory should in fact feel sobered by the closeness of the race.

"Republicans should feel relieved they avoided a loss, but here's why Bishop's 2% win isn't encouraging: there are 35 GOP-held House seats less Republican than #NC09, per @CookPolitical PVI," Wasserman tweeted.

Bishop is controversial for his background as the chief sponsor of a transphobic bathroom bill that grabbed national headlines years ago. As the Advocate reported when he won the Republican primary in May:

Bishop was the chief sponsor of HB 2, which North Carolina legislators passed in 2016 but has since been partially repealed. The measure was known as a “bathroom bill” because it prohibited transgender people from accessing the restrooms and other single-sex facilities comporting with their gender identity when those facilities are in government buildings, including public schools and state colleges and universities. It also, among other things, prevented state and county governments from enacting or enforcing LGBTQ-inclusive nondiscrimination laws. The state suffered boycotts by businesses, entertainers, and sporting events as a result.

In related news, Republican candidate Greg Murphy was comfortably elected over Democratic nominee Allen Thomas in the race to represent North Carolina's 3rd Congressional District, according to the Washington Post. Although Thomas was the former mayor of Greenville, he was not expected to win in that district. Like Bishop, Murphy aligned himself with Trump when proclaiming his victory, telling his supporters that the Republican president "loves eastern North Carolina and looks forward to us working together to help the region."