The anti-labor propaganda tactics are straight out of the Trump playbook, one labor expert says 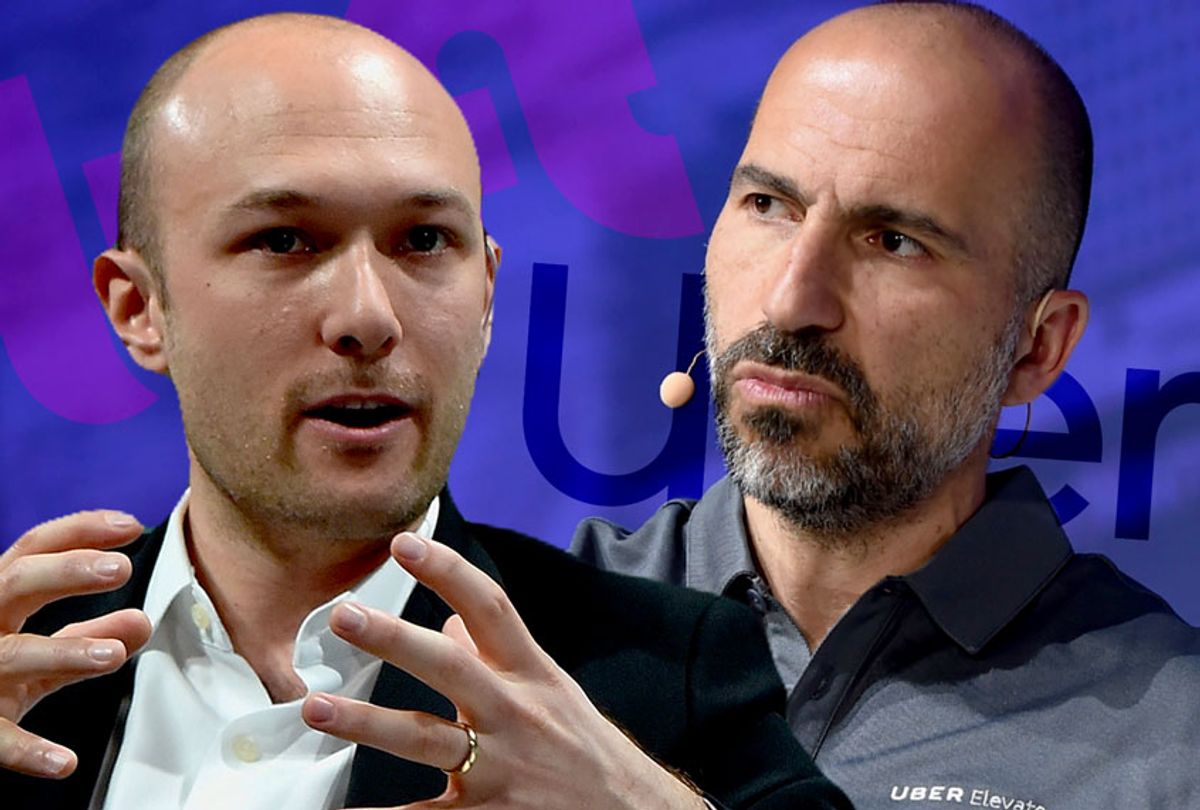 On Tuesday night, the California State Senate passed a historic bill that is expected to improve the livelihoods of hundreds of thousands of exploited contract workers for contractor-dependent rideshare companies like Uber and Lyft. Assembly Bill 5 (AB5), which was designed to improve the livelihood of these workers, passed in a 29-to-11 vote. The bill now heads to California Gov. Gavin Newsom’s desk, though he is expected to sign it. Once signed, the law would take effect on Jan. 1, 2020.

Despite Uber and Lyft’s efforts to negotiate an exemption, the bill as passed will force both companies to make their drivers W-2 employees — thus requiring the companies to pay its driver-employees a standard slate of benefits, as well as guarantee that employees make at least the California minimum wage.

This would upend the business models of those and similar Silicon Valley companies like Doordash, who depend on gig economy workers who often suffer inconsistent wages and few or no benefits.

Since the news broke about the bill’s passage in the most populous state in the US, both companies have responded by either spreading misinformation about the bill to organize resistance, or flat-out refusing to comply.

In an email to drivers, Lyft said that “as a result of AB5,” drivers may be required to drive “specific shifts, stick to specific areas, and drive for only a single platform.” “We continue to advocate for a solution that protects your independence—and your earnings,” the email read, including their proposed amendments.

One driver tweeted a screenshot of the email saying if the changes don’t go through, his “rideshare days will be over.”

Ken Jacobs, the chair of the UC Berkeley Center for Labor Research and Education, told Salon that such a change is not written in the law. It would be Lyft’s choice to implement those changes on their own.

In the email, echoing what Uber has said too, Lyft emphasized it wants to improve benefits for their drivers — including paid sick time and family leave — which drivers under AB5 would be able to access.

When asked about why Lyft continues to oppose the bill when both agendas are aligned to improve benefits, a Lyft spokesperson told Salon it is about retaining “flexibility” for drivers.

“We are fully prepared to take this issue to the voters of California to preserve the freedom and access drivers and riders want and need,” Adrian Durbin, a spokesperson for Lyft, said in an email statement.

Jacobs told Salon there are tradeoffs between flexibility and security, but ultimately those are best worked out in bargaining between workers and companies. Under AB5, gig workers for these companies will be on the path to be recognized as a union. Under national law, gig workers face antitrust issues while organizing and bargaining their wages.

Tony West, Uber’s chief legal officer, said on a call with reporters said drivers may not fall under the new rules.

“Under that three-part test, arguably the highest bar is that a company must prove that contractors are doing work ‘outside the usual course’ of its business,” West said. “Several previous rulings have found that drivers’ work is outside the usual course of Uber’s business, which is serving as a technology platform for several different types of digital marketplaces.”

He also said the company is dedicated to hiring “the best campaign team and best advisors we possibly can to run a successful ballot initiative” to amend or overturn AB5.

Kati Sipp, an expert in gig economy labor organizing, said it seems like these companies are almost taking a page out of Donald Trump’s playbook.

“It feels like they are taking a page from the Trump playbook and straight up misconstruing pieces of the legislation,” Sipp told Salon. “It will be interesting to see once the filing come in, and see how much they spent lobbying on this legislation, but it is extremely clear they believe their wealth gives them the right to do whatever they want.”

Uber driver Rebecca Stack-Martinez, an organizer for Gig Workers Rising, told Salon in an interview she is not surprised by the companies’ responses.

“They have been doing this from the very beginning of AB5,” Stack-Martinez said. “It is not surprising they are providing misleading fear-mongering tactics... we see this every time workers fight back and begin to win.”