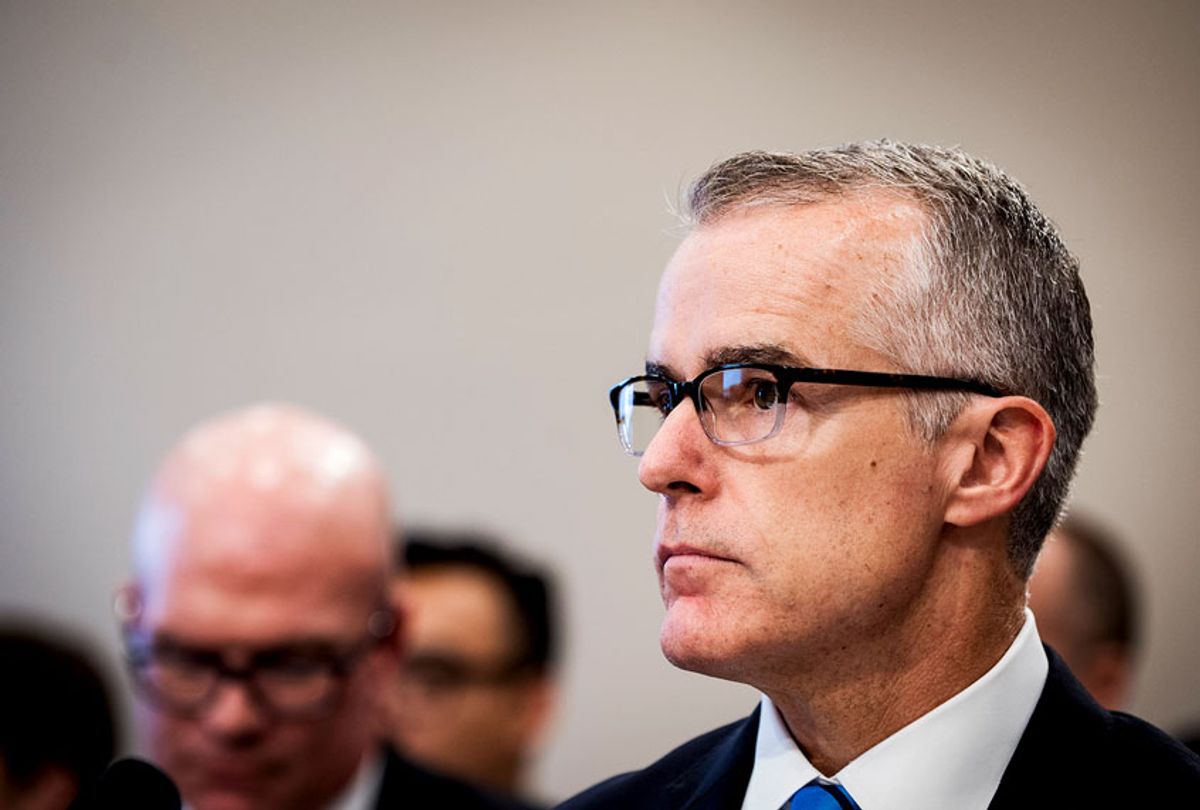 The rejection may pave the way for federal prosecutors to move forward with an indictment against McCabe, who, according to a Justice Department Inspector General's report, made false or misleading statements to federal investigators after he leaked information to the media without permission in 2016.

McCabe, a 21-year FBI veteran, oversaw two of the bureau's most politically charged and high-profile cases in FBI history: the investigation into Hillary Clinton’s use of a private email server and the inquiry into alleged ties between Trump's presidential campaign and Russia to influence the outcome of the 2016 election.

When Trump abruptly fired FBI Director James Comey in May 2017, McCabe took over for him on an acting basis. He then launched a counterintelligence investigation into Trump.

McCabe now acknowledges he authorized two FBI officials to speak to a reporter for a story published in The Wall Street Journal in October 2016, days before the election, as the FBI scrambled to review newly discovered emails from Clinton's email server. He initially denied having done so when FBI officials who McCabe — and, later, the inspector general's office — questioned him in an effort to determine who disclosed the information to the Journal.

The inspector general's report accused McCabe of lying on at least four occasions, three of them under oath, and even misleading Comey, his boss at the time. McCabe has disputed many of the report's findings and said he never meant to mislead anyone.

Based on the inspector general's findings, then-Attorney General Jeff Sessions fired McCabe from the bureau in March 2018, hours before his retirement benefits would have kicked in. Trump, at the time, praised the decision as a "great day for democracy."

Last month, McCabe sued the DOJ over his firing last spring, arguing the move was "politically motivated and retaliatory." He is asking a federal court in Washington to reinstate him as deputy director of the FBI so he can retire in a manner that allows him to collect his full pension, which he has been denied over being fired short of his retirement date. McCabe said Trump had "constitutionally improper motives for removing" him from government service.

Trump has long targeted McCabe, blasting him as a "major sleazebag" and accusing him of taking "massive amounts of money" from the Clinton Foundation. The president has even criticized McCabe's wife over her failed campaign for Virginia's State Legislature in 2015. Jill McCabe accepted nearly $675,000 from the Virginia Democratic Party and groups linked to then-Virginia Gov. Terry McAuliffe, a close ally of Hillary Clinton.

McCabe and his wife have argued that Trump's accusations — that McCabe was ethically compromised due to his wife's alleged political ties to Clinton — were false.

Since exiting the DOJ, McCabe has published a less-than-flattering account of his interactions with the president, titled "The Threat: How the FBI Protects America in the Age of Terror and Trump." He joined CNN as a contributor late last month.