Think you don't like country music? Ken Burns' new PBS opus will play your heart like a fiddle

Burns' latest epic documentary may not go deep as some would like. But it feels welcoming to the country-averse 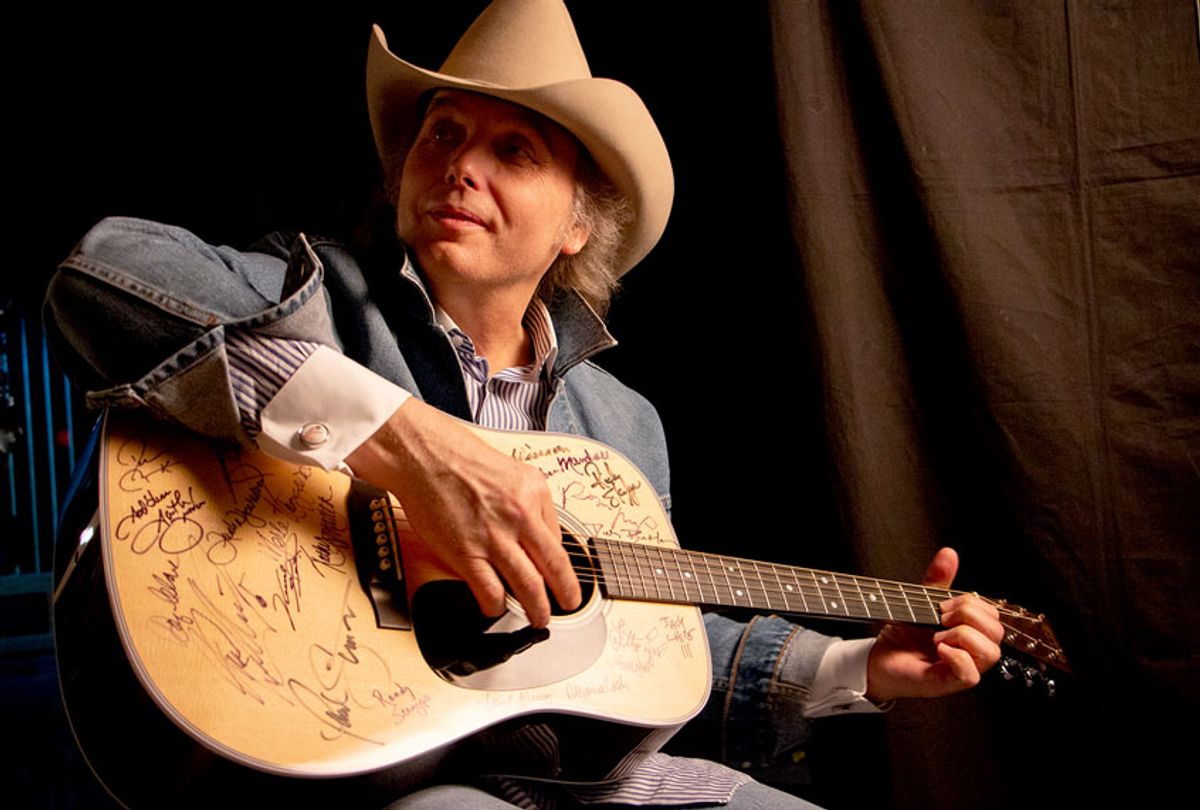 A music documentary’s success is not reliant on its ability to persuade or convert those unfamiliar with a subject into followers, or even to necessarily appease a genre’s detail-obsessed experts. Ken Burns’ “Country Music” shows that real win lies in a work’s ability to win the respect and understanding of skeptics and the uninitiated or, even better, overcome one’s deep seated aversion to an entire genre.

I say this as someone who for most of her life described her musical tastes as liking every kind of music but country and, nine times out of 10, receiving a nod of understanding in return.

That statement isn’t totally born out of urban snobbery and to be clear, pop culture stalwarts like Dolly Parton, Johnny Cash, Willie Nelson and Patsy Cline have long had a place in my heart.  And the record breaking success of Lil Nas X’s “Old Town Road,” which recently ended its 19-week run at the top of the Billboard Hot 100, outlasting any other song in that position on the chart by three weeks, is a vigorous acknowledgment of country’s black cultural roots.

But as a kid whose family took a lot of road trips, places where country music played on the radio were generally places where other people of color were scarce. The music was clearest when we’d walk into restaurants in unfamiliar towns, and the conversational din would suddenly drop away as our presence was noticed. I used to joke that country music was the soundtrack to me running for my life.

This is why Ken Burns’ epic film isn’t just historically illuminating. It’s a comfort. It melts barriers. Aficionados will notice its imperfections and would be right to call Burns on the series’ general light touch on incredibly discomfiting chapters in country music’s history, and America’s. But never before in my life would I have predicted I’d tear up while watching Dwight Yoakam describes the crushing poetry in the lyric of a song I might not have otherwise stopped to consider.

A portion of that must be attributed to Burns’ and screenwriter Dayton Duncan’s cinematic spell-weaving of melodic visuals and script, an established signature and a killer combo designed to play the heartstrings like the fiddles this sweeping special celebrates.

And what a broad sweep it is: “Country Music” airs in two-hour segments beginning Sunday at 8 p.m. on PBS member stations and airs at the same time through Wednesday, September 18. The second half of the series starts on Sunday, September 22 at 8 p.m. and concludes the following Wednesday in the same time slot.

As is standard for Burns, Duncan and fellow collaborator Julie Dunfey, the eight-part, 16-hour work is the product of eight years of research and production, and includes interviews with more than 100 people, including 17 who have since died, such as Merle Haggard.

The greats who are still alive — Parton, Nelson, and Yoakam, along with Marty Stewart, Rosanne Cash, Emmylou Harris, Reba McEntire, Naomi and Wynonna Judd, Vince Gill, Charley Pride and others — share stories and bestow observations about the country’s unique magic that hit the ear and strike the heart with the sparkle of precious gems.

Like when Haggard describes the music he loves as being “about those things that we believe in, but we can’t see. Like dreams and songs and souls. They’re hanging around here, and different songwriters reach up at get ‘em.” Elegant simplicity, prose as poetry.

Not long afterward we’re treated to Parton singing a song from her childhood, a cappella, and for a fragment of space, time slows down.

These captured moments of magic, woven in with more than 3,200 photos, over 600 music cues and a wealth of archival footage, combine into varied quilt that comes alive in a way that invites everyone to lay hands on this distinctly American artform, especially those who historically were left with the impression that we were excluded from it.

That said, compared to Burns’ past works, this is not the fathoms-deep dive into the music’s history which devoted fans may be wanting. On the other hand, this may make “Country Music” more accessible to viewers like me who have little historical or emotional connection to this sector of popular culture. Sometimes the way into the museum is to skim the catalogue.

Burns’ lifelong chronicling of the American experience requires him to confront race and class divisions, and he’s been unafraid to place such explorations at forefront of past pieces such as 1994’s “Baseball,” 2005’s “Unforgivable Blackness: The Rise and Fall of Jack Johnson,” or 2001’s “Jazz,” or 2017’s “The Vietnam War.”

He hasn’t always handled the topic flawlessly, such as when he featured the white veteran experience as the main voice of 2007’s “The War,” appending testimony from veterans of color at the end of each episode in response to criticisms pre-airing.

His approach in “Country Music” falls somewhere in between, and depending on what a person expects from Burns on that front, the film’s relative soft-shoe through the minstrel and black-face era in American music feels disconcerting.

Yet it’s also plain to see that the work’s intent is to call attention to the black roots of a music form Kris Kristofferson characterizes as white man’s soul music as a means of calling attention to the music as an example of the American ideal of blending merging art forms into unifying harmonies. Time and again, artists and experts refer to it as the music of poor folks, not white folks.

And as jazz luminary Wynton Marsalis points out in the series, the talents of black musicians like DeFord Bailey (the first musician to play on the Grand Ole Opry radio show), Ray Charles and Charley Pride (who is prominently featured in episode 5) were so undeniable that audiences accepted them in country music circles even when the country itself did not.

“There’s a truth in the music, and it’s too bad that we as a culture have not been able to address that truth,” Marsalis observes. “That’s the shame of it. The art tells more of the tale of us coming together.”

Over and over again the film traces the roots of a song from European folk music, black spirituals, and church musical arrangements to provide examples of how our blend of traditions make us great. And time and again, Burns and his collaborators cite moments when agenda-driven men have conspired to draw lines between poor whites and poor blacks, using music as a tool of cultural stratification.

Even so, hearing experts describing white men “borrowing” songs from poor black musician s and profiting from adapting black music to suit white audiences is disconcerting, implying that somehow the favor was returned on a massive scale.

Burns doesn’t explicitly call attention to that irony, although narrator Peter Coyote’s descriptions of the ostentatious displays of wealth by early country musicians like Jimmie Rodgers is its own commentary; there are no equivalently wealthy musicians of color cited as Rodgers’ contemporaries.

And yet it's not hard to be won over by enthusiastic characterizations from musicians such as Rhiannon Giddens, Darius Rucker and others of the form’s beginning in, as Giddens says, “this beautiful sort of American boiling pot.”

This is an idealized view of what might otherwise be called, angrily, cultural appropriation. Which it is. On the other hand, as Giddens and others who hold country music close to their hearts tell it, there’s a share of grace in realizing that, for example, a black church song called “When the World’s on Fire,” can travel out into the wider world by way of the Carter family writing secular lyrics around the melody and giving it new life as “Little Darling, Pal of Mine.”

This in turn, would be transformed by folk artist Woody Guthrie into the widely known folk anthem, “This Land is Your Land.”

“That’s America!” Giddens effuses, giving everyone permission to claim a piece of the music.