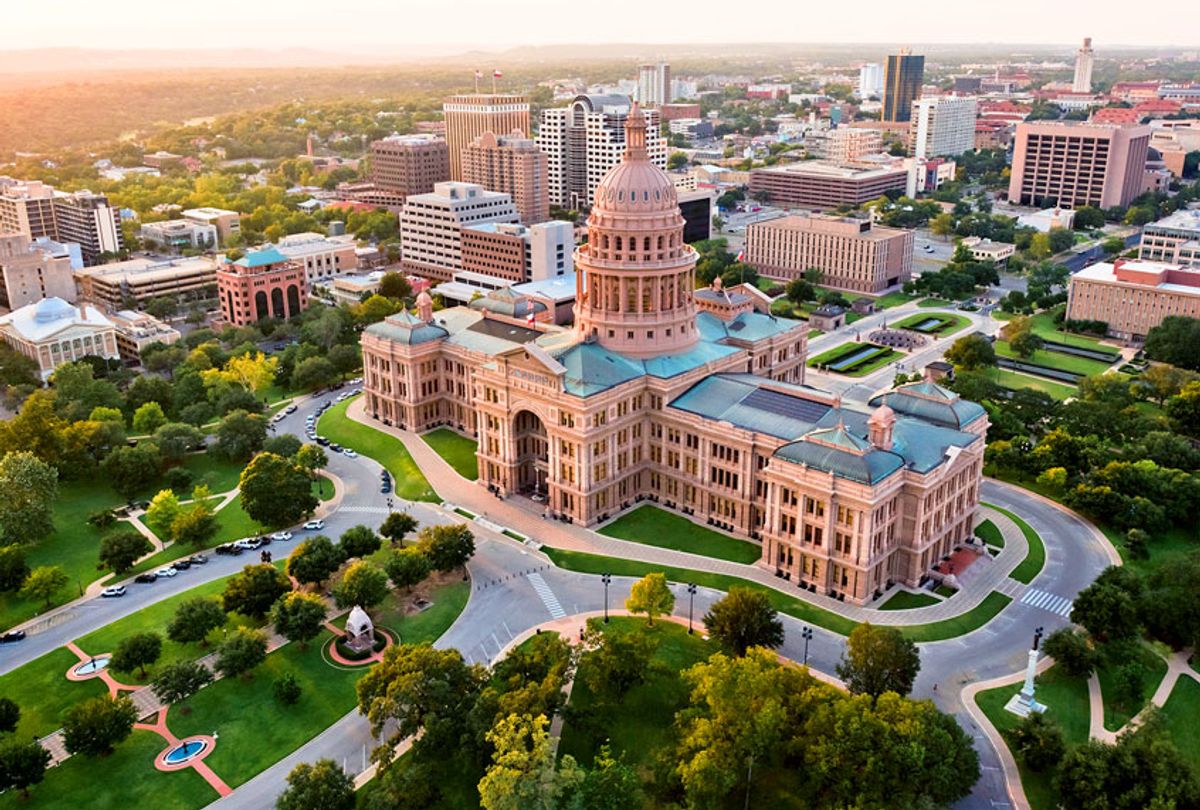 A Republican Texas state lawmaker called for abolishing the city of Austin over a dispute between the city and the state on abortion funding.

Texas state Rep. Briscoe Cain, an anti-LGBTQ Republican who once got kicked out of the state’s Democratic convention for illegally bringing a gun to troll liberals, is so angry that Austin went around a state ban on abortion funding that he wants to bring the city under state control.

Cain wrote on Twitter that it was “past time” that the Texas legislature “abolish the City of Austin and make it a capital district like that of D.C.”

Cain’s casual proposal to deny nearly one million people the right to basic representation came after he was triggered by Austin’s plan to get around a state ban on abortion funding.

Earlier this year, Texas passed a new law barring cities from funding abortion providers. The move was partly in response to Austin awarding Planned Parenthood a land lease to operate a clinic for just $1 a year.

Austin lawmakers created a plan to get around the new state restrictions and on Tuesday amended next year’s budget to provide $150,000 to help women get better access to abortion, the Texas Tribune reports. The funding would go toward covering expenses like travel, lodging and child care for women seeking abortions but not toward the cost of the procedure itself.

She said in a statement that Austin’s amended budget “defiantly violates the spirit of Senate Bill 22, if not an outright violation against the law.”

Campbell vowed to take the issue up with Texas Attorney General Ken Paxton, a staunch abortion foe who has pushed for the legislature to expand his power to bring criminal charges against abortion providers.

Proponents of Austin’s amendment budget denied that the move violated SB 22. Aimee Arrambide, the executive director of NARAL Pro-Choice Texas, told the Texas Tribune that the funding was simply a “creative way” for the city to continue ensuring that the community has access to abortion health care.

"It's more a direct response to the combination of abortion bans that have been passed throughout the year and the abortion bans sweeping the country rather than being a direct result of SB 22," Arrambide told the outlet.

Arrambide and other pro-choice groups worked with the city council after states like Georgia and Alabama announced draconian abortion bans that were quickly challenged in the courts. The coalition came up with the idea of funding incidental expenses as a way of ensuring abortion access without running afoul of the new state law. The amendment was introduced by Mayor Pro Tem Delia Garza.

Garza told the outlet that abortion restrictions disproportionately affect women in marginalized communities, requiring them to pay out-of-pocket costs and take time off from work.

City council member Greg Cesar, who helped draft the amendment, said Austin should serve as an example to other cities where state lawmakers have restricted abortion access.

“Every day, anti-abortion extremists at the Texas Legislature wake up and think about how to restrict access to abortion,” he wrote on Twitter. “Today, the Austin City Council fought back and made a major investment to expand abortion care access, showing the way for other cities to act.”