A complex web of partnerships helps improve food access and build a more sustainable city from the ground up. 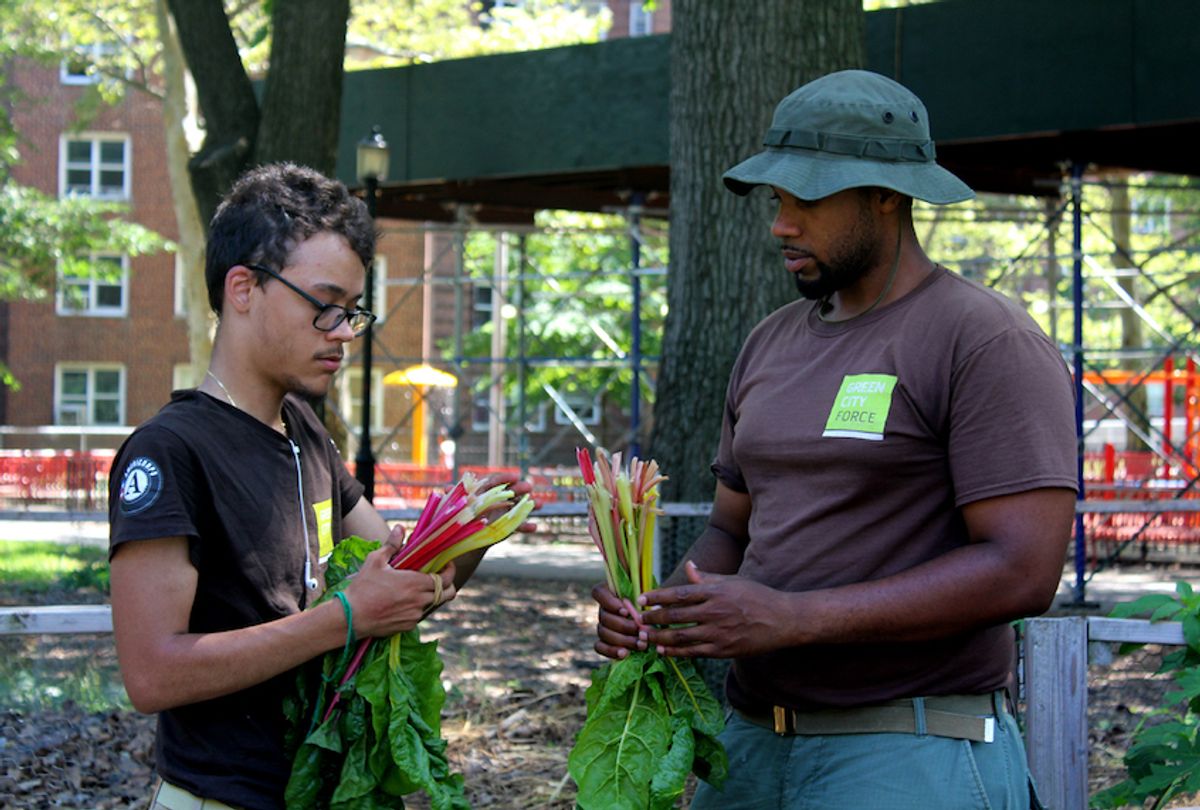 Family Day at Forest Houses, a public housing project in the Bronx, took place on a blistering July Saturday on a carpet of parched grass between brick apartment buildings. Current residents sweltered in the shade as they shared burgers, music, and a bouncy castle with former residents who had come to visit and reminisce.

Across the way, another sort of community was playing out. Young AmeriCorps interns hose-watered cucumbers, cilantro, and okra and harvested collards, kale, and turnips from 7,200 square feet of raised planting beds set right smack between New York City Housing Authority (NYCHA) buildings. They bundled the harvest with rubber bands and handed them out to people wandering over from the festivities, and others drifting down from hot apartments with bags of food scraps to swap for armfuls of bounty. By afternoon’s end, the Forest Houses farm had given away 500 pounds of produce. 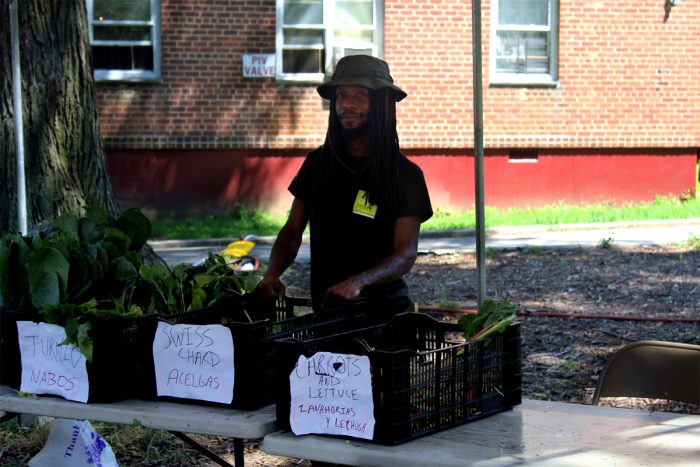 The farm stand at Forest Houses. (Photo by Robert Cowan)

This farm is one of six run by NYCHA. They all share fresh, hyper-local food with residents, work to build community, and provide skills training for adolescents. While a farm and twice-weekly (free) market in the middle of an urban public housing project may seem an obvious premise, creating this program, called Farms at NYCHA, required coordination among a complex constellation of players. It has also required getting clean soil for each of these farms, since lead contamination is ubiquitous in cities.

As Sara Perl Egendorf, a Ph.D. candidate in soil science at Brooklyn College, points out, building farms with new, clean soil provides all manner of ecosystem benefits to farms and gardens—and, as it increases health by limiting exposure to toxins, it also “has a food justice and sovereignty side.”

Lead in soil, spread from leaded gasoline and once-common lead paint, is one of the most toxic substances listed by the Agency for Toxic Substances and Disease Registry. Low-income kids, especially in communities of color, are the most at-risk for exposure. But “we already know what to do about lead,” Egendorf says. “We don’t need to give up on urban soil” to grow food in our cities.

What researchers and many community farmers have long advocated for is simply covering plots with new soil—as opposed to remediation, a pricy, arduous undertaking that requires digging up and shipping off contaminated soil, and potentially exposing people to the lead this measure is meant to protect them from in the process. As Egendorf explains, “Lead is immobile, and soil does a good job of holding it in place.” It never breaks down and disappears, but, she says, “if you build new soil layers on top of it, you limit exposure, and that’s what Earth’s systems do naturally anyway—build new layers on top of old.” 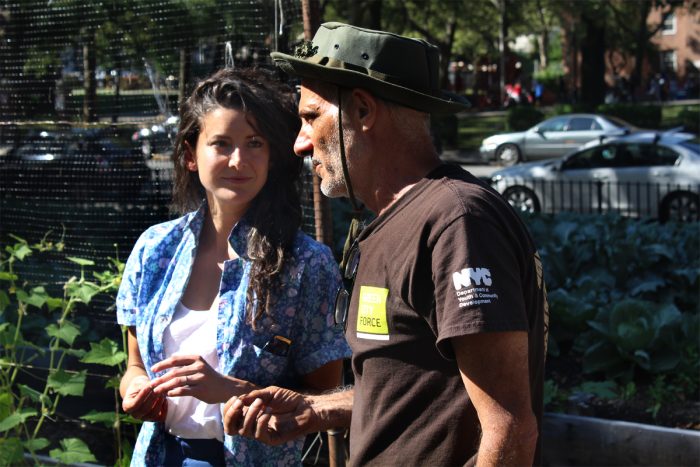 New York’s community farms and gardens are planted in layers of purchased topsoil, or compost that can be procured free of cost from the city’s sanitation department. Each method has its drawbacks. Buying soil is expensive for budget-strapped gardeners, and “compost breaks down and oxidizes over time,” creating a need to eventually add more soil to a planting bed to keep it from eroding back to the lead-containing layer, Egendorf explains.

Back in 2013, NYC’s Mayor’s Office of Environmental Remediation (OER) was getting ready to open its Clean Soil Bank. The idea: to pass on some of the copious sediment excavated from building sites to local development projects, like filling street tree beds, rather than trucking it to distant landfills.

These sediments consist mostly of sand, silt, and clay and were deposited by glaciers that moved through the area over the last 2 million years. They lie under a crust of sometimes marginally contaminated material, and they’re often super pure, with only 10 parts per million (ppm) of lead or less — much less than the 400 ppm that start to raise health flags. Although this material doesn’t contain much in the way of nutrients, when mixed with organically rich compost it makes an excellent base for new soil.

Soon, community advocates were pushing OER to give clean sediments to local farms. OER’s response: Not until we’ve tested them, to make sure they don’t become contaminated from exposure to their new surroundings.

Egendorf volunteered to do just that. OER wanted to “prioritize high-lead-level gardens and the problems those present[ed],” says Mark McIntyre, OER’s director. So in 2015, it identified three existing farms in underserved communities where Egendorf could run her tests.

One of those three farms is run by East New York Farms (ENYF), the agricultural arm of United Community Centers, an advocacy and education organization serving residents in and around the Louis H. Pink public houses in Brooklyn’s East New York neighborhood. Says agricultural programs coordinator Anita Chan, the partnership opened ENYF up to a network of resources that allows it to expand its mission of bringing food justice to the community, by helping residents grow their own crops. 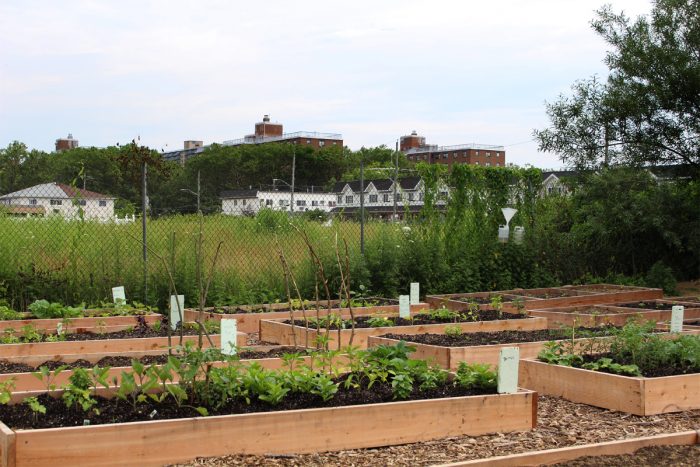 Egendorf’s pilot trials showed that clean soil on contaminated sites like ENYF’s stayed clean, and that sediment mixed with compost made a good growing medium. And OER began PUREsoil NYC, which diverts some contents of the Clean Soil Bank to community based organizations. It also asked Egendorf to expand her research. In 2018, she conducted another trial at a farm at the Ravenswood public houses in Queens.

There, Egendorf filled raised beds with clean sediment mixed with 0, 10, 20, 30, 40, and 50 percent compost, attempting to figure out the perfect ratio. Honing in on the numbers will allow her to systematize the process of building durable soil that offers good produce yields. This information will help to build healthy urban farms literally from the ground up. 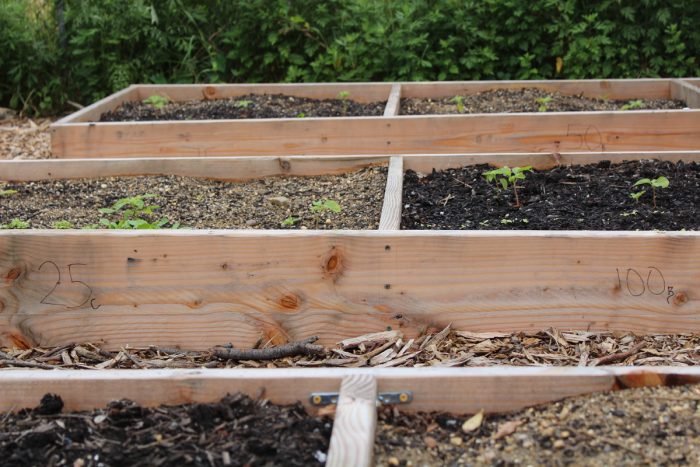 In partnership with Green City Force, an AmeriCorps program that provides skills training to adolescents, her agency launched Farms at NYCHA. It’s currently comprised of six farms, including the one at Forest Houses and is the first program of its kind in U.S. public housing history to have a nonprofit partner. It’s designed to provide co-benefits that reach far beyond free organic produce: “Creating safe spaces, and green infrastructure, and economic development,” says Nevin Cohen, research director at the CUNY Urban Food Policy Institute, who’s studying the resources consumed and produced by Farms at NYCHA.

Mata hopes to expand the program to some of the agency’s 310 other developments after tallying some of its successes. For example, thanks to its food-scraps-for-produce swap, Farms at NYCHA diverted over 5,000 pounds of waste from the municipal waste stream last year.

Making the community a better place

Since PUREsoil sediment from construction sites needs to be moved en masse, and all at once, according to OER’s McIntyre, whoever receives it has to have a place to stockpile both it and large loads of compost to mix it with.

ENYF recently leased a city-owned lot for this purpose, explains Chan; what they can’t use on their own farms they distribute to community gardeners — 10 cubic yards to date.

For Chan, allowing community members — especially young ones — to build a relationship to soil is critical. Working with soil “changes a lot of things for our youth even if they don’t go into the urban agriculture field,” she says. “It’s important for us to claim our space, our freedom to grow, and to improve the environment to make our community a better place.” 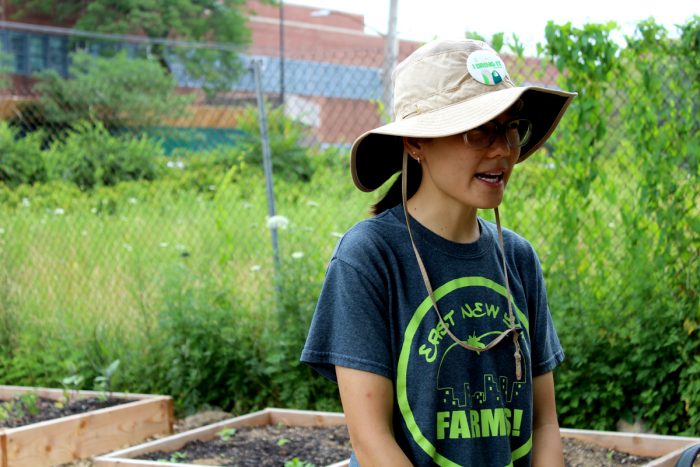 As Chan talks, Vernessa Cummings, who lives down the block from the new ENYF stockpile site on Lincoln Avenue, behind a post office distribution center, arrives. She’s here to tend her box of peppers, beets, and zucchini amid two dozen other community garden beds and some new Egendorf soil trials. It’s Cummings’s first garden, and she says it’s brought her closer to her neighbors.

“Someone is about to put in some watermelon seeds in that box,” she says, pointing. “I’m thinking, once everyone’s got a harvest we can barter and trade.” She empties her watering can over her peppers and starts off on a tour of her neighbors’ bounty, contemplating the possibilities.