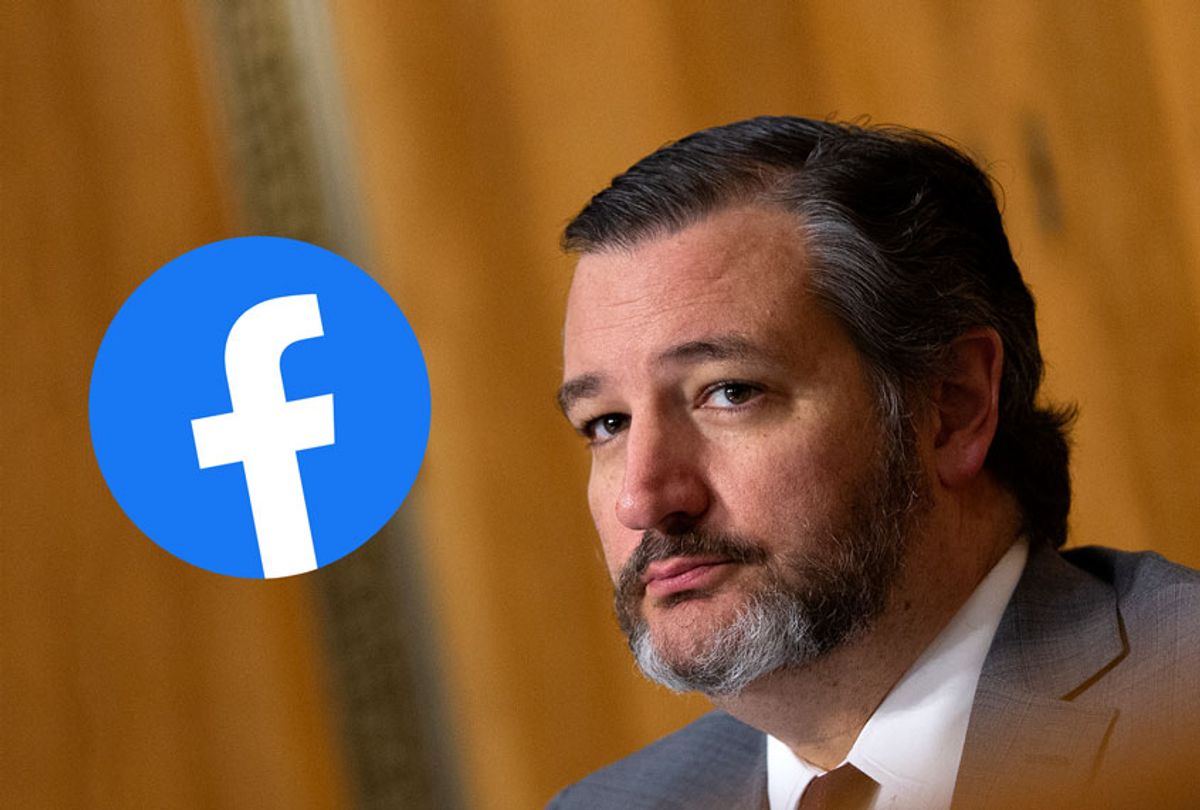 Facebook removed a fact-check authored by three doctors rebutting an anti-abortion video’s false claims because Sen. Ted Cruz of Texas and other Republicans complained in a letter to CEO Mark Zuckerberg.

Facebook told BuzzFeed News on Wednesday that it removed the fact-check pending a review after Cruz, Sen. Josh Hawley of Missouri, Sen. Kevin Cramer of North Dakota and Sen. Mike Braun of Indiana accused the social media giant of being biased against conservatives.

The videos in question featured Lila Rose, the founder of the anti-abortion group Live Action. Both videos falsely claimed that “abortion is never medically necessary.”

Three doctors authored a fact-check for Health Feedback, an organization that seeks to debunk misleading medical coverage. The fact-check deemed the video “inaccurate,” noting that “certain medical conditions such as placenta previa and HELLP syndrome can make abortion a necessary medical procedure in order to prevent the mother’s death.”

“Certain life-threatening conditions during pregnancy can make abortion medically necessary in order to save the mother’s life,” the fact-check said. “Preserving both the life of the mother and child by inducing early delivery, as the video suggests, is only possible if the fetus’ gestational age is advanced enough that it stands a chance of survival outside the womb. As this is not always the case, early delivery is not always a suitable alternative to abortion.”

Facebook flagged the videos on Aug. 30, BuzzFeed News reported, adding a link to the fact-check next to the videos and notifying followers of the Live Action page that the videos had been rated as false.

The social network also told Live Action administrators that it would throttle their reach “because of repeated sharing of false news,” according to a screenshot published by the group.

Rose lashed out on Twitter, calling the doctors behind the fact-check liars and “abortionists.”

Two of the doctors have ties to reproductive rights organizations, BuzzFeed News noted. Dr. Daniel Grossman, an obstetrics and gynecology professor at the University of California, San Francisco, sits on the board of the NARAL Pro-Choice America foundation. Dr. Robyn Shickler is a fellow with Physicians for Reproductive Health, which says its goal is to "improve access to comprehensive reproductive health care, including contraception and abortion, especially to meet the health care needs of economically disadvantaged patients."

Cruz and the other Republican senators cited these affiliations to complain to Facebook CEO Mark Zuckerberg that his social network was behind the “censorship” of conservatives and suggested that doctors who “perform abortions” are not qualified to discuss abortion.

The four Republicans sent a letter to Zuckerberg claiming that the fact-check was “performed by two pro-abortion activists with significant ties to to abortion-rights advocacy organization, both of whom are paid to perform abortions.”

“No reasonable person would describe Grossman or Schickler as neutral or objective when it comes to issues of abortion,” the senators wrote of the doctors, “yet Facebook relied on their rating to suppress and censor a pro-life organization with more than 3 million followers.”

The letter went on to allege that Facebook has been repeatedly “biased” toward conservatives on Facebook, especially when it comes to anti-abortion views.

The senators claimed that the fact-check violated the code of conduct created by the International Fact-Checking Network (IFCN), which BuzzFeed News noted had certified Health Feedback’s parent organization, Science Feedback, which relies on scientists and doctors to fact-check media coverage.

Facebook told BuzzFeed News that it took down the fact-check on Wednesday pending a review by the IFCN.

"We have been in touch with the IFCN which has opened an investigation to determine whether the fact checkers who rated this content did so by following procedures designed to ensure impartiality," a company spokesman told the outlet. "While the IFCN investigates, we are removing the relevant fact checks and have communicated this to the members of the US Senate who brought this specific concern to our attention.”

The IFCN said in a statement that it will review materials related to the fact-check and determine if anything violated its code of conduct. In the meantime, the video pushing false information debunked by actual doctors who are experts in their field will continue to circulate on Facebook without restriction.

Grossman told BuzzFeed News that his work “doesn’t make me biased — it makes me a well-informed expert. If the question were about cardiac care, we would expect the answer to come from a well-respected cardiologist, and this should be no different.”

Schickler told the outlet that she doesn’t have a “political agenda.”

“I’m an advocate because it’s part of a physician’s job to advocate for the health and well-being of our patients,” she said.

Both doctors agreed that removing the fact-check was a dangerous precedent for the social network to set.

“It is very concerning that a letter from a group of senators can silence the voices of medical and scientific experts,” Grossman said. “This sets a precedent where politics matter more than scientific evidence.”

Grossman said in a tweet that it is “reasonable” for the fact-check to be investigated further.

“But in the meantime they should take down [Rose's] videos, too,” he wrote. “They’re so full of misinformation that they're really dangerous.”