"You want a rich lady mouth": Could fixing my teeth fix my life?

Adult orthodontia is exploding. Are we all trying to run from our pasts? 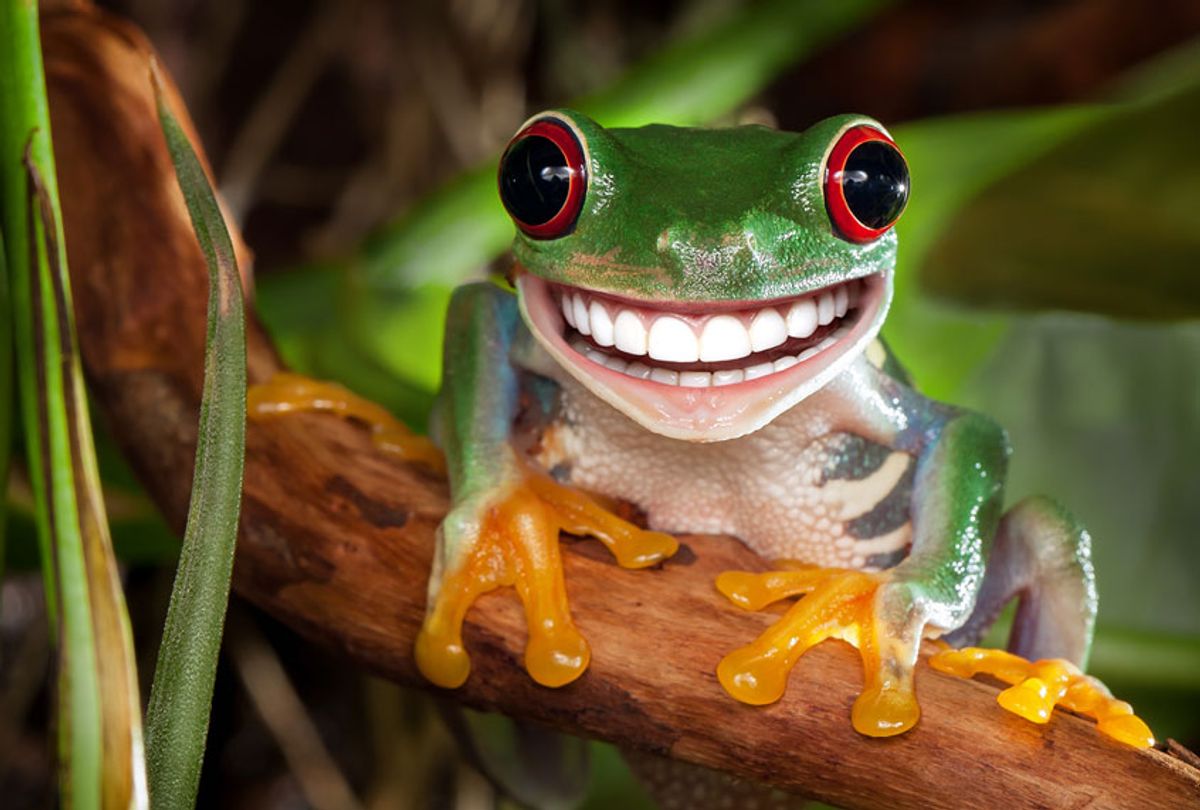 I spent a large part of my childhood in a state of wild jealousy of my cousin Amy. Amy was delicate, blonde, and took horseback riding lessons and ballet class. I was husky, dark haired, and watched TV. Amy wore designer jeans. I wore the kind from JCPenny with the elastic waist. And when Amy was 12, her parents her gave her the one thing I wanted most as a kid — a mouth full of metal and rubber bands. It's taken me decades, but I'm finally catching up. I may never have gotten that Barbie Dream House, but as God as my witness, I will someday soon have my own set of straight, pearly teeth.

In generations past, it was assumed that if you missed the orthodontia train in middle school, you would just have to deal with it, for like, ever. Today, in contrast, one in four teeth-straightening patients is a grownup. And the demand just keep growing. In 2012, 1 million adults started orthodontic treatment. Two years later, the figure was 1.4 million.

Perhaps you too have been tempted, seduced by the deluge of ads for clear aligners in your magazines and on your public transportation, intrigued by the sudden proliferation of kits that promise to change your smile inexpensively, even at home. Straightening is the new whitening. Even Pogues frontman Shane MacGowan, the notoriously-mouthed "Everest of dentistry," had his "dodgy" teeth fixed a few years back.

But it's not always as simple, fast and cheap as the marketing may lead you to believe — the mail-in straightening trays you've heard of tend not to be as effective as traditional orthodontia, so they're better for small adjustments than major overhauls. And if you opt for a plan that never requires in-person assessment from a professional, you can end up looking and feeing even worse if things go wrong. Even in the best cases, as orthodontist Dr. Jamie Reynolds cautioned in the New York Daily News two years ago, "If you are using the at-home impression kit, expect several re-do's, ill-fitting impression trays (and subsequent clear aligners), and perhaps some throwing up." And if you're messing around with DIY techniques you watched on some YouTube video, for the love of Christ take that paper clip out of your fool cake hole right now.

My mouth has always been my Achilles heel. As a child, I was teased about my jutting teeth, choppers that galloped far ahead of the rest of my face on the growth chart. In adulthood, internet trolls regularly singled out my smile as a target of their clever ripostes. And while my lower jaw doesn't approach Giuliani level horror, when I pull down my bottom lip, you can hear the jokes about ominous banjo music being cued. I never thought to do anything about any of it, though. After all, while I may generally opt for an enigmatic, Victoria Beckham close-mouthed grin in photographs, my teeth have never stood in the way of the simple pleasures of eating, kissing, or shooting off my big, Jersey trap.

It was my daughter's own dramatic orthodontic transformation that inspired me. At around age nine, after she'd surrendered the last of her baby niblets to the tooth fairy, it became obvious that her big girl teeth were settling into a shoving match of MTA rush-hour proportions. Two years of bank account-punishing dental work later, she was ready for adolescence not just with a straight smile, but an expansively palated mile-wide one.

"There's a reason the first thing actors do when they get money is fix their teeth," my friend Ellie had remarked when I showed her my kid's before and after photos. Ellie, a performer herself, went full movie star with veneers back in her twenties. Today, she's out of the business, but she still looks outrageously good in her selfies.

I knew that, unlike my daughter and Ellie, nothing would ever take me from Seabiscuit to Julia Roberts, but the mere possibility of improvement excited me. Three years ago, I made an appointment with my daughter's orthodontist, shelled out a lot of money to get fitted for clear aligners . . . and soon after wiped out on a patch of ice, breaking my arm and making pebbles of my four front teeth. I spent the next several months undergoing painful and expensive reconstructive work, and when it was all over I didn't want to voluntarily sit in a dentist's chair for the rest of my life.

But over the summer, I was getting a crown replaced and decided to overbite the bullet. "What if I, you know, wanted to ask about, uh, some straightening?" I asked my dentist, as if I was a narc trying to obtain cocaine. He was not enthusiastic about encouraging me. "Why?" he asked. "Are your teeth bothering you? You want to correct that gap between your front teeth?"

I hadn't even noticed the gap between my front teeth.

It turns out that in addition to all the other ways getting older does a number on your body (related: Where are my glasses?), aging makes your gums recede and your teeth move around. I'd been so obsessed for so long with how my teeth crowd that I hadn't even noticed how they'd begun to gap as well.

But my dentist, an old school family practitioner, is a not a knee-jerk peddler of expensive and lengthy treatments. He prodded me about my seemingly impulsive query, trying to determine a health or comfort cause behind it. "I just," I fumbled to explain, "want to look more professional." That seemed like a good word for a vague longing.

And there it was. The story of my life, going all the way back to Amy and her long-ago tin smile. The story of what I really wanted.

When you grow up in household of limited and often unstable financial means, anything that isn't life or death is a luxury. I always had warm clothes and food on the table, but I also put baggies over my socks on bad weather days, so the snow wouldn't seep through my off-brand boots. I didn't go to the movies, or to restaurants, or take vacations as a child. Even now, at my advanced middle age, I consider the following things the apex of bourgeois flexing:

I used to have a friend who had a jagged scar on her forehead, the mark of a childhood accident when her parents couldn't afford to take her to the emergency room. It's like that. It's the thing that marks you. I'm proud of my working class background, but I don't want to live in the old neighborhood now, even when the old neighborhood is my own body. And while I wouldn't exactly say I want "a rich lady mouth," I absolutely know that I have always dreamed of a middle class one. With the situation with my teeth only promising to get more multidirectional with time, I decided recently that it's now or never.

I am still nowhere near being able to call myself solidly middle class, and subsequently still not casual about spending money. Last week I bought a new winter coat to replace my eight year-old secondhand one, and literally flinched when the debit card transaction went through. But I've spent the money now, so I guess we can get the bathroom fixed in two years or so. Meanwhile, it's not exactly great having a bunch of plastic in your mouth all day, and I'm not at the point where I can take out my aligners without a fair amount of explosive cursing. Yet every day, I feel like I'm moving one degree further away from looking like a character actor on an English soap opera. Like someone who has the power to fix the things — in her mouth and in her memories — that could use fixing. Maybe I'll start taking ballet classes next.