I'm a surgeon — and I saw how the industry works from the inside. Not even my family was immune 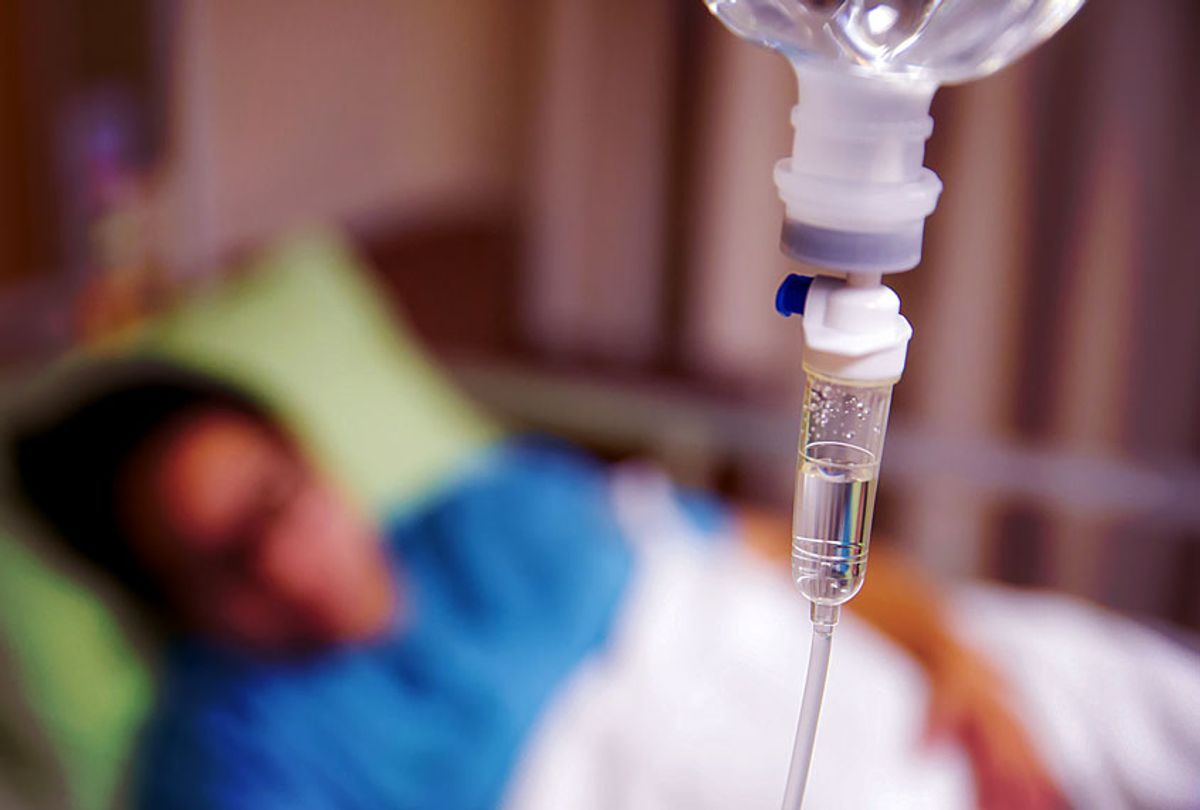 My firstborn, Nick, arrived in 1982, with a full head of golden curls and bright blue eyes, an ounce shy of 10 pounds. I am not a large person, so he was delivered by caesarian section. My recovery was painful, but I turned down the Demerol. In medical school, I had learned that narcotics were powerful drugs with a risk of addiction and should be reserved for severe pain. Besides, I wanted to be alert and fully present during one of the happiest events of my life. Nurses strongly encouraged me to take the prescribed pain medication. They would say, “You shouldn’t wait for pain to become unbearable.” Or, “You won’t get up and around if you’re hurting.” They almost made me feel guilty for refusing meds. This new approach was orthogonal to everything I had been taught.

The early 80’s were the dawn of a new era in pain management. In 1979, the New England Journal of Medicine published a report by a physician who noted that among 1200 patients treated with narcotic medication for pain, only 4 developed an addiction. A theory emerged, that pain negates the euphoric effects of narcotics. Pain control became increasingly recognized as a fundamental patient right. New opioid drugs were liberally prescribed after surgery and dental procedures. Oxycontin, a sustained release form of Oxycodone, was developed to treat patients with terminal cancer. This drug also became widely used for chronic, non-malignant pain. In 1996, the American Pain Association declared pain to be “The Fifth Vital Sign.” Hospital policies dictated that patient assessment of pain be recorded as regularly as pulse, blood pressure, and temperature, and considered equally important.

A 2001 article in Time magazine bore the title “Less Pain, More Gain,” and cited the 1979 report in the New England Journal as “a landmark article.” The Times piece extolled the benefits of improved pain management, saying that it allowed suffering people to return to normal activity. But by that point in time, below the radar, addiction to Oxycontin was already rampant. “Pill mills” were making huge profits by indiscriminate prescription of opioids. People travelled long distances to gain access to Oxycontin. Parking lots at Florida Pain Clinics were routinely populated with Kentucky license plates. Many addicts made the jump to heroin, which was cheaper and more accessible. By 2009, deaths from overdose in the USA eclipsed the mortality of motor vehicle accidents.

In 2012, I received one of those phone calls that every mother dreads. My sweet Nick was critically ill. What had begun as “the flu” had morphed into a massive lung infection. His life hung in the balance through three surgeries to drain pus from his chest and multiple blood transfusions. Ultimately, he survived. After two gut-wrenching weeks, he was transferred out of the ICU to a normal hospital room. He still required frequent doses of morphine to control his pain and asked me, “Do you think I could become addicted?” I switched from my mother hat to my doctor persona, and responded with the prevailing opinion, “As long as you’re in pain, you won’t become addicted.”

We now know that is not true. The 1979 “landmark article” that sparked the pain management revolution was completely irrelevant to the prescribing practices it inspired. All 1200 patients in that New England Journal report—a letter to the editor, not a formal study--were hospitalized patients suffering from cancer. Narcotics had been prescribed sparingly under direct medical supervision. But the pharmaceutical industry seized upon the bottom line of the letter and launched a massive marketing campaign. Purdue Pharma trained drug reps to inform physicians that Oxycontin for chronic pain was not addictive.

Current data indicate that 1 in 10 patients who are prescribed opioids for chronic pain will develop a misuse disorder. This can happen in as little as 4 days. Thus, the gross over-prescription of pain medication is a recipe for disaster. More than 200 million prescriptions for opioids are dispensed each year in this country. This is enough to supply every adult in our country with a bottle of the deadly pills. Sadly, huge numbers of those pills are not necessary. Patients rarely dispose of unused pills, or at least store them securely, so the excess medication can fall into the hands of those who would abuse the drug.

The product label for Oxycontin warns against crushing the pill, as this would release all the medication at once, instead of releasing it slowly. This is practically an invitation for thrill seekers to sample an immediate and potentially fatal high. Tragically, many opioid deaths are due to opioid-naïve people who try pills obtained from friends and relatives. The powerful dose in Oxycontin is necessary to be effective in patients who have become habituated to chronic pain medication but can overwhelm the system of someone who has not been exposed to such drugs.

One sunny day, as I sat beside my son in the hospital, feeling grateful for his recovery, I heard him ring for a nurse and ask for a pain shot. He did not like her answer, “It’s too early. You’re not due for another hour.”

I stared at him and he returned my gaze, the same blue eyes that had greeted me nearly 30 years before, this time with the tacit understanding of what was happening to him.

Each day, more than 130 people in the US die from an overdose of prescription pain medication. Bewildered family and friends are left to wonder how something like this could happen to productive citizens, gifted students, promising athletes. Opioid addiction is an epidemic, a potentially fatal disease that can strike anyone.

The drug companies sold us doctors a bill of goods. To be honest, we bought it, hook, line, and sinker. Careful review the original NEJM article would have shown us that the data did not support the claim of non-addiction. We should have required clinical studies to prove that pain negates euphoria. Instead, we swallowed their propaganda and accepted the biased research findings that they funded.

The marketers and distributors of opioid pain medication are now being held accountable in the courts for untold death and misery. The fines they pay will in no way compensate for the deaths and destroyed lives.

We are now faced with the task of addressing this massive public health crisis. All 50 states now have monitoring in place to track prescriptions of controlled substances. Renewal of medical licenses requires completion of courses in pain management and the harsh statistics of the opioid epidemic.

If you are in pain, have a frank discussion with your physician about alternatives to narcotic medications. If you do need narcotics, store them in a secure location, so that they do not fall into the wrong hands, and discard any pills you do not need. (You can learn about proper disposal here.) If you or a loved one seem dependent on pain medication, whether prescribed or illicit, seek medical help right away.

The day that my son and I became aware of his growing dependence on morphine, we immediately requested a conversation with his physician. His medications were adjusted to de-escalate his medication and transition to non-narcotic drugs. We both firmly believe that had I not been by his side that day, he could have become a statistic in the opioid epidemic. Instead, he is now a healthy, happy, and productive family man, and I could not be prouder of him.

Since ancient times, the tremendous power of opium and its derivatives to relieve suffering have been valued. Until recently, drugs were used judiciously, heeding the risks of addiction and death. Now narcotics have become an agent of mass destruction. This happened because a drug company put profit above principle, pushing drugs to physicians, telling lies about addictive potential. Litigation will result in massive monetary settlements, which the companies can well afford, considering the billions of dollars in profits that they gained. But the money will not undo the deaths and misery that they caused.

The system that allowed this is the hard sell of drugs to physicians. Drug reps, also called “detail men,” pay regular visits to medical offices, stocking samples and “educating” doctors about the benefits of the pills they push. They ingratiate themselves to office staff with food — “lunch and learn” is a common vehicle. Busy physicians trust the information provided and rarely take the time to go back to original medical articles to understand the extent to which the drug producers cherry pick and distort the data.

Narcotics are by no means the only drugs so brazenly marketed. Ear drops, asthma inhalers, knee replacements . . . all are promoted by industry representatives. This practice of direct marketing appeared in the early ‘50s with an ad campaign for a new antibiotic, Terramycin. It was the brainchild of a psychiatrist, Arthur Mitchell Sackler. If the name sounds familiar, it is because the Sackler family owns Purdue Pharma, the makers of Oxycontin.

The opioid crisis is a vast human tragedy. It must also be a wake-up call to the unchecked power of the pharmaceutical industry in the United States, the country with the highest drug prices in the world, where people die because they cannot afford medications such as insulin and antihypertensives. We must find a way to hold these companies accountable and reign in the profiteering. The time is now.

Dr. Gayle Woodson is a world-renowned throat surgeon. As one of the first few women to be trained in the Johns Hopkins Surgical program, she began her career at a time when female surgeons were regarded as oddities. She has lectured on six continents and done medical outreach in Central America, the Middle East, and Africa. Recently semi-retired, she now divides her time between homes in Florida, Newfoundland, and Tanzania with her husband. They have four children, four grandchildren, and a Springer spaniel. "After Kilimanjaro" is her debut novel.