"Like the man who appointed him, Kavanaugh should be impeached," 2020 presidential candidate Elizabeth Warren says 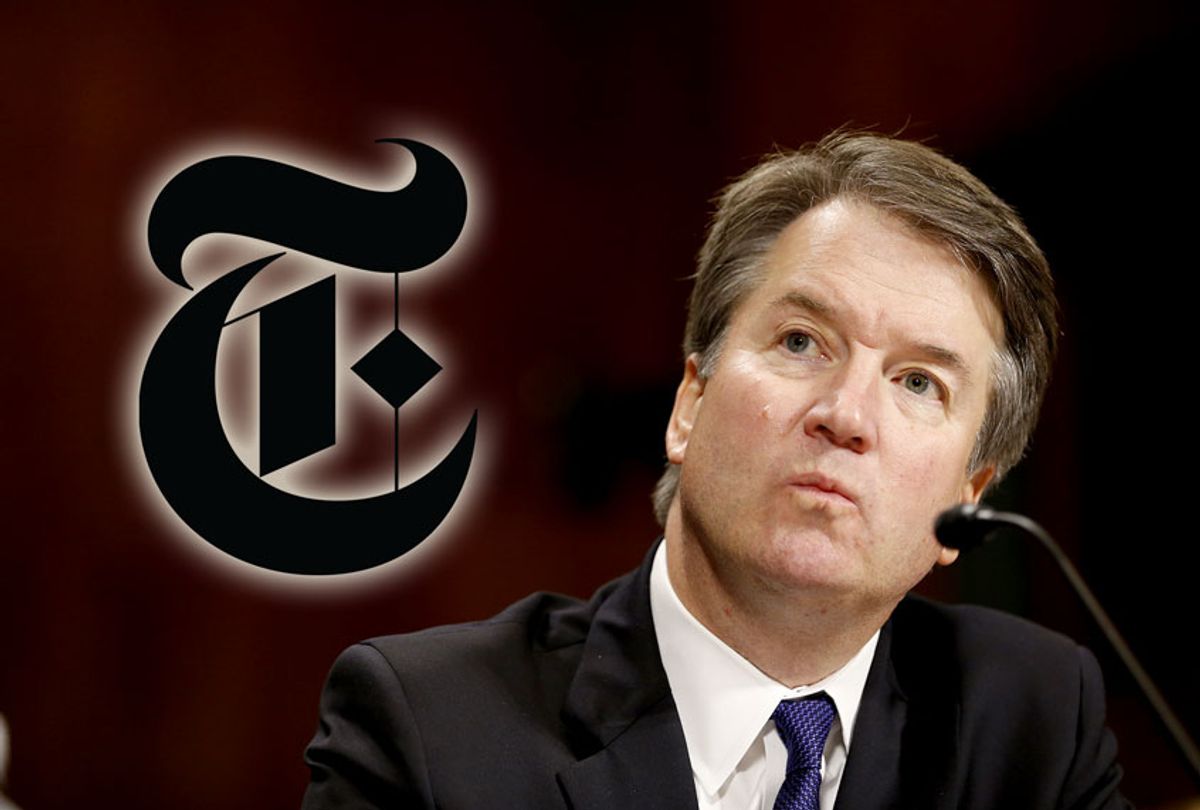 Leading Democratic voices called for the impeachment of Brett Kavanaugh after the New York Times revealed new sexual misconduct allegations against the Supreme Court justice, while their Republican counterparts attacked the essay that brought revived attention to the Trump appointee's past.

"Confirmation is not exoneration, and these newest revelations are disturbing. Like the man who appointed him, Kavanaugh should be impeached," tweeted Sen. Elizabeth Warren of Massachusetts on Sunday, who is one of the frontrunners vying for the Democratic presidential nomination in 2020.

Warren's views were shared by another Democratic frontrunner, Sen. Bernie Sanders of Vermont, who tweeted Sunday that "the revelations today confirm what we already knew: During his hearing, Kavanaugh faced credible accusations and likely lied to Congress. I support any appropriate constitutional mechanism to hold him accountable."

"I sat through those hearings. Brett Kavanaugh lied to the U.S. Senate and most importantly to the American people," Sen. Kamala Harris of California, another Democratic presidential candidate, tweeted on Sunday. "He was put on the Court through a sham process and his place on the Court is an insult to the pursuit of truth and justice. He must be impeached."

As Democrats called for Kavanaugh's impeachment, Republicans defended the judge by pointing to a correction issued Sunday to an essay adapted from the upcoming book, “The Education of Brett Kavanaugh: An Investigation,” which was published Saturday in the New York Times. An editors' note acknowledged that the original published work "did not include one element of the book's account regarding an assertion by a Yale classmate that friends of Brett Kavanaugh pushed his penis into the hand of a female student at a drunken dorm party. The book reports that the female student declined to be interviewed, and friends say that she does not recall the incident."

In addition to the new accusation against Kavanaugh, the essay also revealed that more than two dozen witnesses who could potentially corroborate the accusation by Deborah Ramirez were not contacted by the FBI despite efforts from her legal team and offers from some of the individuals themselves to share their accounts. Ramirez claims that Kavanaugh sexually assaulted her while they were both freshmen at Yale University, with New York Times reporters Kate Kelly and Robin Pogrebin writing that Kavanaugh "pulled down his pants and thrust his penis at her, prompting her to swat it away and inadvertently touch it. Some of the onlookers, who had been passing around a fake penis earlier in the evening, laughed."

Kelly and Pogrebin also pointed out that "at least seven people, including Ms. Ramirez’s mother, heard about the Yale incident long before Mr. Kavanaugh was a federal judge. Two of those people were classmates who learned of it just days after the party occurred, suggesting that it was discussed among students at the time."

President Donald Trump posted a series of tweets blasting the New York Times over the correction it issued.

"'The New York Times walks back report on Kavanaugh assault claim.' @foxandfriends The one who is actually being assaulted is Justice Kavanaugh - Assaulted by lies and Fake News! This is all about the LameStream Media working with their partner, the Dems," Trump tweeted on Monday.

The president also quoted conservative commentator Don Bongino as he tweeted, "'What’s happening to Justice Kavanaugh is a disgrace. This guy is not a good man, he is a great man. He has to go to his church with his family while these terrible reports are being written about him, a disgrace!' Dan Bongino @foxandfriends."

He later added, "Just Out: 'Kavanaugh accuser doesn’t recall incident.' @foxandfriends DO YOU BELIEVE WHAT THESE HORRIBLE PEOPLE WILL DO OR SAY. They are looking to destroy, and influence his opinions - but played the game badly. They should be sued!"

Senate Majority Leader Mitch McConnell also came to Kavanaugh's defense, tweeting that "the far left’s willingness to seize on completely uncorroborated and unsubstantiated allegations during last year’s confirmation process was a dark and embarrassing chapter for the Senate."

He continued, "Fortunately a majority of Senators and the American people rallied behind timeless principles such as due process and the presumption of innocence. I look forward to many years of service to come from Justice Kavanaugh."