Brett Kavanaugh: Here is what it would take to impeach a Supreme Court justice

"We’ve got to get beyond this ‘impeachment is the answer to every problem,’" Democratic Sen. Dick Durbin says 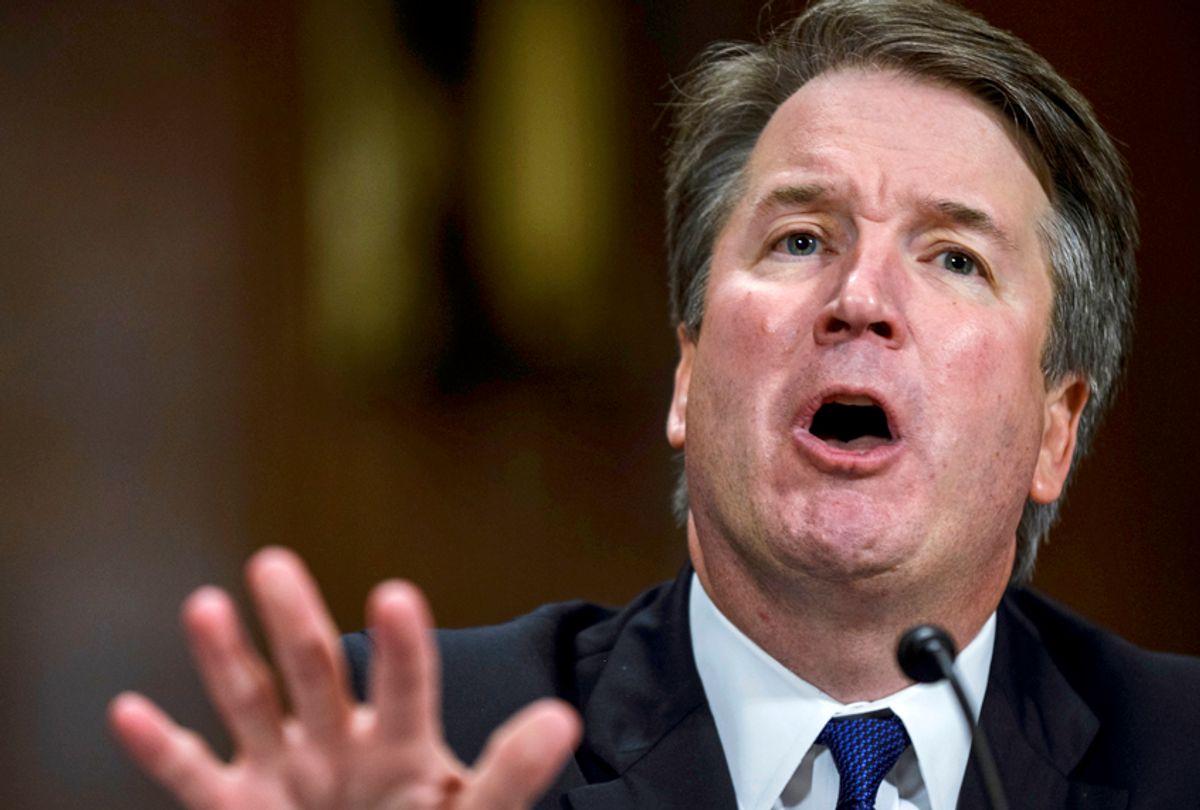 President Donald Trump isn’t the only Republican who some Democrats in Congress are talking about impeaching: Rep. Ayanna Pressley of Massachusetts is among the Democrats who is calling for the impeachment of Justice Brett Kavanaugh. But Sen. Dick Durban isn’t one of them. The Illinois Democrat has forcefully stated that trying to impeach Kavanaugh would be a waste of time for his party, and he’s right. The bar for impeaching a U.S. Supreme Court justice is incredibly high  — especially when far-right Republicans, led by Senate Majority Leader Mitch McConnell, a.k.a. Moscow Mitch, still have a majority in the U.S. Senate.

Calls for impeaching Kavanaugh from Pressley and others follow a New York Times report that has reopened old wounds. After Trump nominated Kavanaugh for the Supreme Court in 2018 following the resignation of Justice Anthony Kennedy, he was accused of sexual misconduct by three different women: Dr. Christine Blasey Ford, Deborah Ramirez and Julie Swetnick. And the Times, on September 15, reported that after Ramirez came forward last year, the FBI didn’t even investigate her allegations.

Although Ford — who has been inundated with death threats from far-right extremists — testified before Congress during Kavanaugh’s Senate confirmation hearings, Ramirez did not. Nor did Swetnick. Certainly, Pressley and other Democrats have every reason to be appalled by the way in which Kavanaugh’s confirmation was rammed through the Senate. Moscow Mitch, obviously fearing that Republicans might lose the Senate in the 2018 midterms, was determined to get Kavanaugh confirmed as quickly as possible despite the disturbing allegations being made against him.

But as Durban correctly asserted, the chances that Kavanaugh will be impeached in 2019 are slim and none.

“Get real,” Durban stressed. “We’ve got to get beyond this ‘impeachment is the answer to every problem.’ It’s not realistic. If that’s how we are identified in Congress, as the impeachment Congress, we run the risk that people will feel we’re ignoring the issues that mean a lot to them as families.”

What are those issues? Durban didn’t get specific. But there are certainly plenty of issues that are winners for the Democratic Party going into 2020, from universal health care to raising the national minimum wage to fighting climate change to abortion rights. And the more time Democrats spend talking about impeaching Kavanaugh, the less time they’re spending talking about the issues that helped them enjoy a net gain of 40 seats in the House of Representatives in 2018.

Under the U.S. Constitution, federal judges — including Supreme Court justices — can be impeached by Congress just as a president can be impeached. In order to impeach Kavanaugh, a majority in the House of Representatives would first have to approve an indictment to impeach. Democrats now control the House, but given how divided they are on whether or not to impeach Trump, it stands to reason that there would be plenty of House Democrats who, unlike Pressley, have no appetite for impeaching Kavanaugh either.

But if the House did vote to impeach Kavanaugh, that wouldn’t automatically remove him from the Supreme Court: he would also have to be convicted in a Senate trial. And that’s where the lifting would get even heavier. Kavanaugh would need to be convicted by a two-thirds supermajority in the Senate, which is now controlled by far-right Republicans. Kavanaugh was confirmed before the 2018 midterms, but in November 2018, Republicans slightly increased their Senate majority — which means that the Senate would be even friendlier to Kavanaugh now than it was last year.

Not only would few, if any, of the Senate Republicans who voted to confirm Kavanaugh in 2018 not convict him in a Senate trial, but also, centrist Democrats ranging from Sen. Joe Manchin (who voted for Kavanaugh’s confirmation) to Sen. Kyrsten Sinema of Arizona would be most unlikely to vote for his removal. Sinema, who has exalted the late Republican Sen. John McCain as her role model more than once, obviously likes the fact that Democrats are making a lot of inroads in Arizona — and it’s hard to imagine her rocking the boat by voting to remove Kavanaugh from the Supreme Court.

But perhaps the strongest argument against impeaching Kavanaugh at this point is the Supreme Court itself. If Democrats regain the White House and achieve a Senate majority — thus making Moscow Mitch Senate minority leader — they will be in a much better position to add some liberals and progressives to the Supreme Court. The far right now dominates the Supreme Court, but a Democratic president combined with a Democratic Senate would be in a better position to prevent the Court from moving more to the right. To achieve that, however, Democrats will have to perform well in November 2020.

Perhaps impeaching Kavanaugh would be realistic in 2021 if Democrats regained the Senate in 2020, but even then, centrist Democratic senators could be an obstacle. And a Democrat-controlled Senate still wouldn’t guarantee the two-thirds supermajority needed.

Saying that impeaching Kavanaugh is unrealistic in 2019 isn’t to say that he doesn’t deserve to be impeached. Kavanaugh never should have been confirmed in the first place. But Democrats have a lot of important issues to focus on going into 2020 — and as long as the Senate is controlled by the far right, Americans are, sadly, going to be stuck with Justice Kavanaugh on the U.S. Supreme Court.