Meghan McCain roasts Fox's Laura Ingraham for fat-shaming her: "I’m on The View — and you’re not" 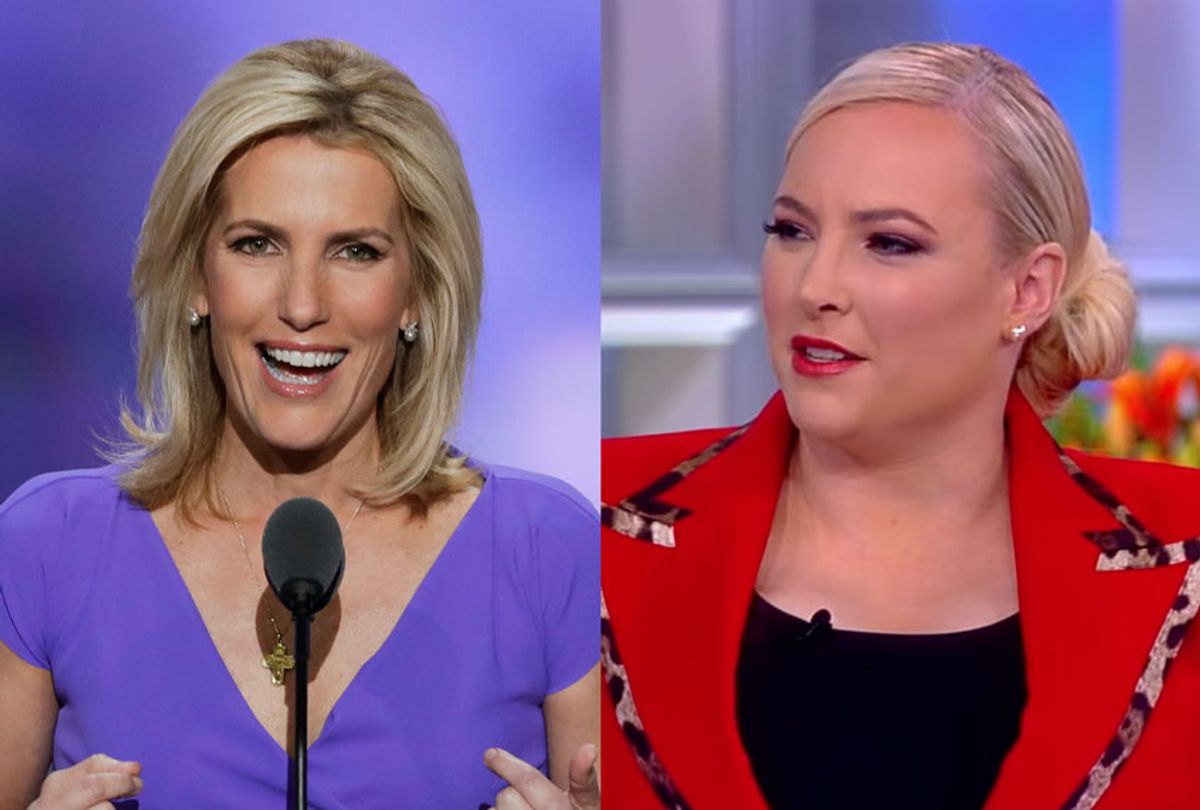 Meghan McCain mocked former Fox News colleague Laura Ingraham after the conservative broadcaster shamed her as too fat for television.

“I want to say if I weren’t fat-shamed, I wouldn’t have a career,” McCain said. “Laura Ingraham said I was too plus-sized to have a career. Shout out, Laura: I’m on ‘The View’ — and you’re not.”

The audience cheered her slam on Ingraham, and she said that same dynamic had worked at the start of her tenure on the talk show.

“It literally sparked so much outrage, (because) people don’t like it when you are talking about women’s weight,” she said.”I’m fat shamed every day. Every day somebody on Twitter is like, you’re too fat to be on ‘The View,’ blah blah blah. It is so cruel but I struggle with my weight, and I go, like, way up. I’m, like, 20 pounds up, 20 pounds down. I struggle with it.”

But she said her problems were minor compared with the struggles others have with weight, and McCain said they deserved compassion, not cruelty.

“That’s not even compared to, like, people in my life who are obese who really struggle, and I think we need to have compassion towards people who are struggling in life in general, and as you said, so much about obesity in this country is about poverty and access to health care,” McCain said.

But she found it hard to hold Maher’s remarks against him, because she had a personal connection to him.

“I’m conflicted because I wouldn’t have met my husband if he weren’t a guest on Bill Maher, so I always have a tiny little place in my heart for Bill Maher,” she said.