Sean Spicer's double humiliation on "Dancing With the Stars" 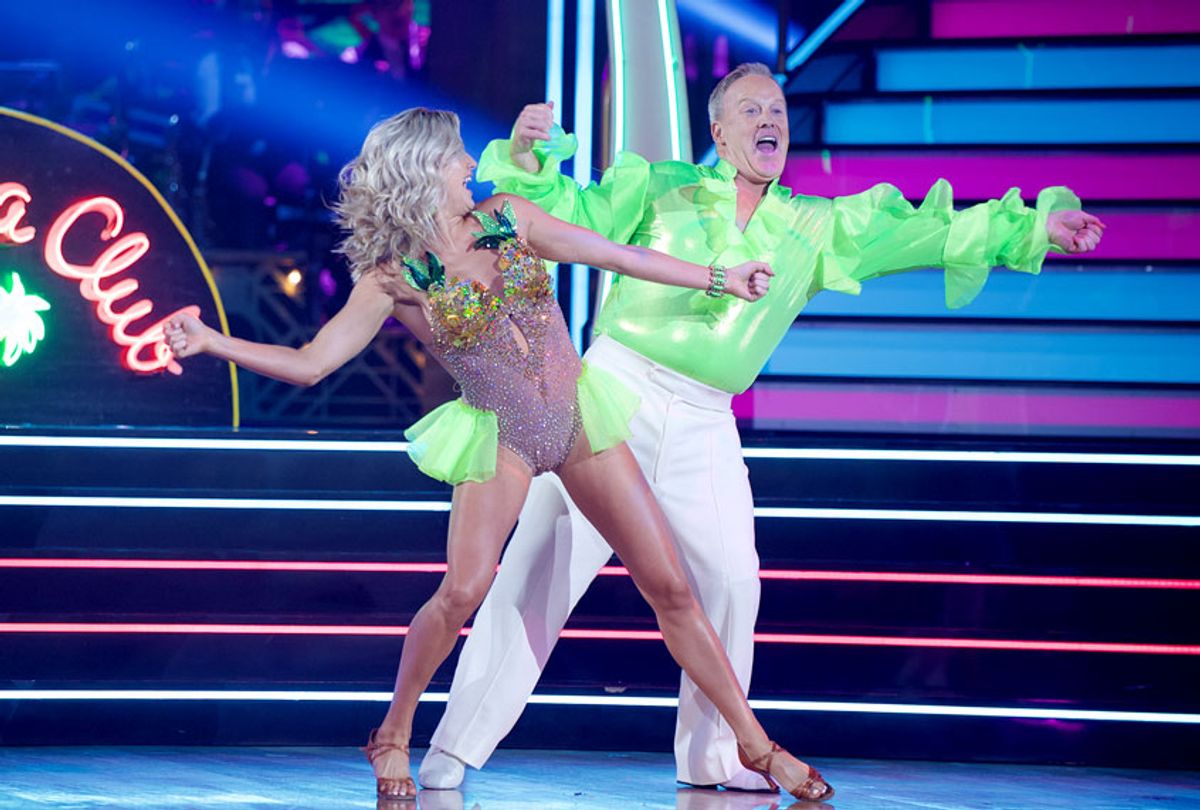 Last night was the premiere of the 28th season of the ABC reality show “Dancing With the Stars,” and as the spotlight turned to disgraced former White House press secretary Sean Spicer, it became obvious that he couldn’t simply shoulder-roll away from his tainted political legacy.

Spicer entered the dance floor wearing a highlighter-green ruffled blouse and tight white pants, and introduced himself: “There's no question my time in the White House was tumultuous.”

This is, of course, a gross understatement. Spicer’s time in the Trump White House is defined by his pernicious lies to the American public. This began with the inauguration — when he claimed the crowd was the largest in American history — and continued through the unfounded stories he pushed about President Barack Obama wiretapping Trump Tower and his ludicrous assertion that Hitler “didn’t even sink to using chemical weapons.”

After leaving the White House, Spicer embarked on something of an apology tour, tepidly claiming regret over some of his actions in the role. Though, as he told MSNBC's Craig Melvin in a January 2018 interview, he did not regret taking the job.

“I regret things that I did that brought embarrassment to myself, my family, friends of mine who have been very big supporters where I said, 'Hey, that was a self-inflicted wound. I screwed up,'” Spicer said. “The thing that no one can fully appreciate until you're in the job is that you're representing the American people ... and when you screw up ... it's not just on you.”

He continued: “It's now going in and having to tell the President of the United States, 'Hey, I embarrassed myself, your administration and in some cases, I think did something the American people are not pleased with.'”

Much in the way the American people weren’t super pleased when “Dancing With the Stars” announced Spicer as a member of this season’s cast.

I get it — it may seem like a no-brainer to let Spicey embarrass himself on yet another national stage. This isn’t the first time people in Trump’s orbit have been involved in the show; the list now includes Marla Maples, Fox News anchor and Trump favorite Tucker Carlson and former Texas Gov. Rick Perry, who is now the United States Secretary of Energy. In both cases, their political ties and views were brushed over all in the name of low-stakes, glitter-fueled fun.

Spicer’s presence on the show last night felt like a huge attempted joke — this time, though, one that he was in on. With his tacky costume and Tipsy Dad at a Wedding Reception exuberance, the showmakers leaned heavy on “spicy” puns (he attempted a salsa to The Spice Girls’ “Spice Up Your Life,”) and light on politics. The only footage from the White House was generic. It seemed that Spicer wanted to actively meme his way away from his current public reputation.

In a tweet before the premiere, he responded to a Twitter user who had reminded followers that Spicer would be on the show.

“Trust me, I certainly haven’t forgotten and once you see the outfit I have to wear tonight you won’t forget for quite some time — even after lots of therapy,” Spicer wrote. “Treat this like looking at an eclipse with a dot poked in a piece of paper”

But viewers of the show were pretty unimpressed with Spicer’s performance; it wasn’t even bad enough to be truly skewered or good enough to be remembered. And many Twitter users took his appearance on the show as an opportunity to re-share news articles about and videos of his most egregious lies during his six-month tenure in the White House.

If the past performances by politically-linked contestants (as well as Spicer’s disappointing score of 12 out of 30 points) are any indication, Spicer isn’t long for the world of “Dancing with the Stars.” Maples, Perry and Carlson were all eliminated within the first few weeks — probably not enough time for Spicer to execute what seemed to be his original plan of trading in political shame for a softer, ruffle-covered brand of personal humiliation.