It’s not about impeachment, but very much about investigating relentlessly. 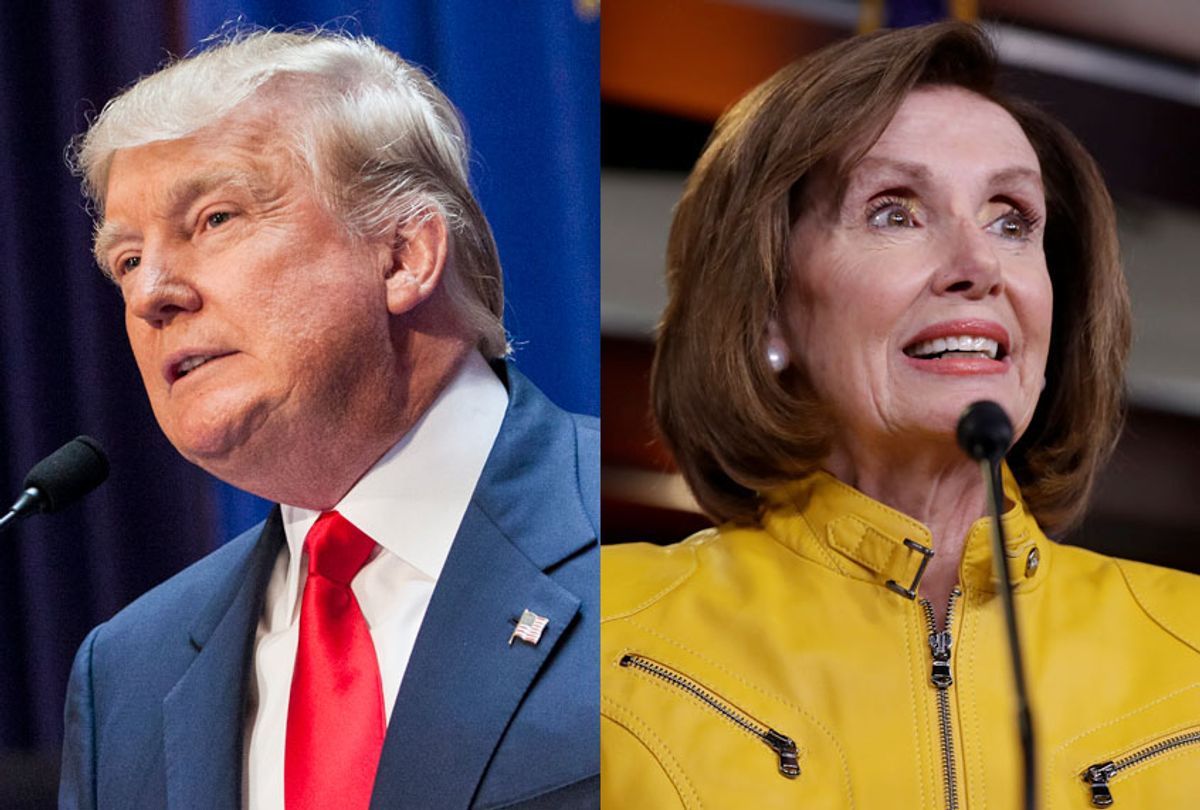 The curtain is rising on a multi-act drama titled “Trump is a Crook.” The play is directed by Nancy Pelosi, Speaker of the U.S. House of Representatives, with the support of other top Democrats.

Under the guise of a full-throttled impeachment investigation, Pelosi is determined to constantly seek to hunt — and indeed humiliate — Donald J. Trump all the way to the November 2020 election.

The Speaker has a simple, but politically very relevant goal: She wants every American to understand the breadth and depth of Trump’s alleged crimes.

At the same time, Pelosi will not support impeachment. She will not fall into Trump’s trap where the House impeaches, the Senate then rejects the House’s articles of impeachment and Trump is allowed to declare loudly and frequently in the run-up to the 2020 presidential election that he has been proven innocent.

Yes, Donald Trump — like in the 2016 campaign — will once again claim that he is subjected to a witch hunt.

The trouble is not only that the effect of his implicit gender baiting is wearing off. His real problem is the investigative powers of the House of Representatives which — unlike four years ago, when Congressional Republicans performed spectacles around Benghazi and other matters — is now under firm Democratic control.

The first act in the drama is now underway. The Judiciary Committee of the House of Representatives, chaired by Congressman Jerry Nadler, a close confidante of Pelosi, voted on September 12 to approve rules for a continuing “investigation to determine whether to recommend articles of impeachment with regard to President Donald J. Trump.”

The rules will enable Nadler and his committee to look for dirt in every nook and cranny of the Trump Organization and the activities of Trump since he took office in January 2017.

The search will be unhurried, because the goal is not to try and hurl the president out of office before the election, but to continuously embarrass him.

Trump’s army of lawyers aim to thwart Pelosi, including Attorney General William Barr, who has transformed the Justice Department from serving the national interest into Trump’s personal department of defense. Nevertheless, the House Democrats are confident.

And, in their efforts, they are being joined by both the New York State Attorney General and the New York County (Manhattan) District Attorney.

Both are very powerful entities and are pursuing extensive investigations of the finances of the Trump Organization, the former Trump Foundation and the Trump family.

Manhattan prosecutor Cyrus Vance Jr. has just secured a written agreement for full cooperation from Michael Cohen, who signed the necessary documents from his jail cell — the former Trump lawyer is serving a three-year sentence for lying to Congress and to the FBI.

The next act in the Pelosi drama will focus on a range of different areas of investigation. These include the fact that Cohen is the only person to have gone to prison for covering up the payments to two women to buy their silence about their affairs with Trump on the eve of the 2016 election.

Some of the checks for those payments carry Trump’s signature. The hush-money will be portrayed as a violation of U.S. campaign rules for keeping financial payments secret that could have influenced the election.

The Democrats will push hard to build the case that Trump obstructed justice as detailed in the report by Special Counsel Robert Mueller. Then, they will seek to remind the public that so far — at least according to a count by The Washington Post — Trump has publicly lied to the American people 12,000 times since he took office.

A big part of the drama will be devoted to allegations that Trump has been lining his pockets by taking advantage of his position as President. He refused to give up his direct financial interest in the Trump Organization and it increasingly appears that he has been pushing business to the Organization’s properties.

In the last few days, both Vice President Pence and Secretary of State Pompeo have been the lead speakers at a conference of conservatives at the Trump Hotel on Pennsylvania Avenue in Washington, D.C.

Astonishingly, Attorney General Barr has booked the hotel’s ballroom at a cost of $30,000 for his Christmas Party. Foreign government officials have ostentatiously been spending money at the hotel, perhaps believing that this gives them influence with Trump.

Meanwhile, Pence, on a recent visit to Ireland to meet the prime minister there in Dublin, decided to stay at a Trump golf resort 180 miles distant from Dublin.

Then, The New York Times has published a front-page story disclosing that scores of U.S. Air Force personnel have routinely been staying at the Trump resort in Turnberry, Scotland.

And, at the G7 summit in France recently, Trump used a press conference with President Macron to launch into a commercial for his Doral golf resort in Florida, asserting it would be the best place to hold the 2020 G7 Summit.

Other Trump properties have also taken in millions of dollars from the U.S. government in the last 18 months.

One mystery that the House investigations are currently engaged with concerns the relationship between the Trump Organization and Deutsche Bank, its former lead banker.

It is believed that Deutsche Bank has some of the Trump organization’s tax records and information on a host of international financial dealings pursued by Trump.

The strategy being pursued by Pelosi aims to keep on attacking Trump right up to the next election, while Democratic Party candidates can concentrate their own campaigns on basic issues of healthcare, gun controls, education and immigration — the issues that voters most care about.

It was these issues, not Trump’s failings, that dominated the television debate among the Democratic candidates for president on September 12.

The ability of Pelosi and Nadler and their colleagues to irritate Trump and divert his attention from the core issues of the election campaign, without actually impeaching him, may just work.

As to how much it stings, watch Trump’s Tweets and stay tuned.