Earlier this year, Trump sent O'Brien to help free A$AP Rocky, who was being held in Sweden on assault charges 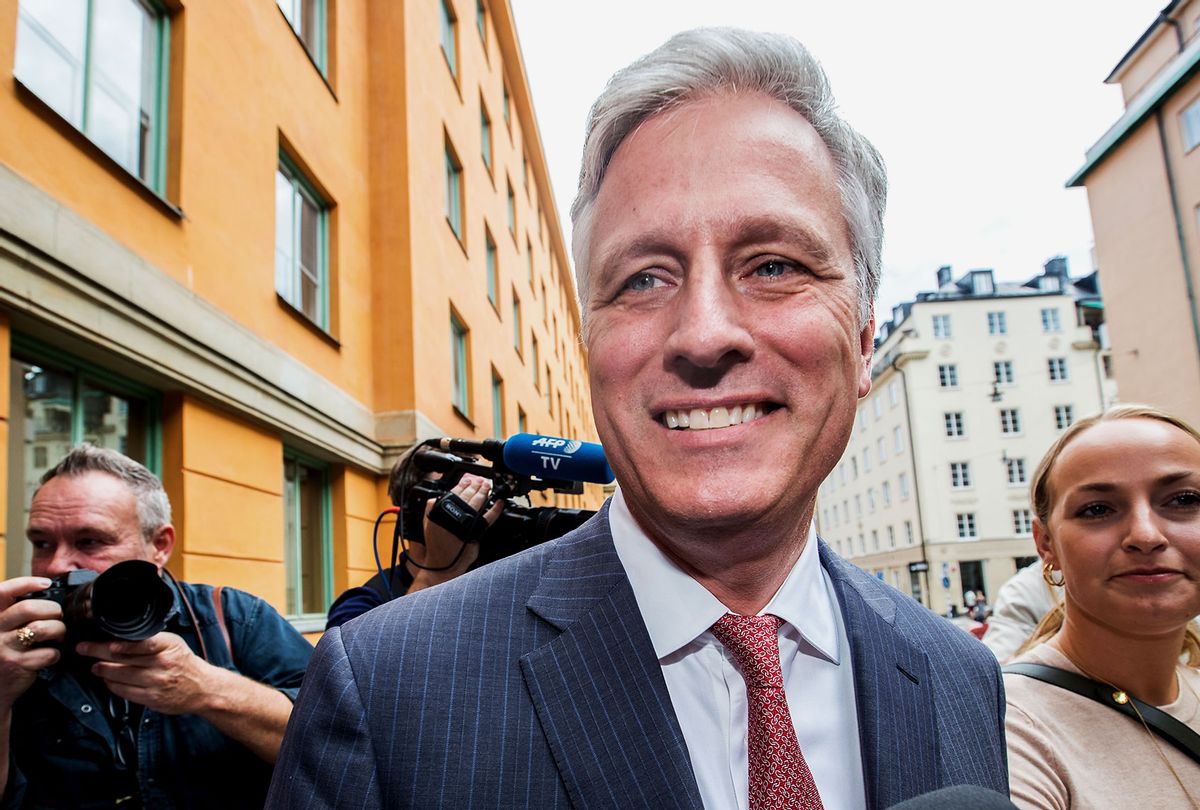 "I am pleased to announce that I will name Robert C. O'Brien, currently serving as the very successful Special Presidential Envoy for Hostage Affairs at the State Department, as our new National Security Advisor," Trump wrote on Twitter. "I have worked long & hard with Robert. He will do a great job!"

The announcement came a week after the president fired John Bolton over disagreements on a host of foreign policy issues, including Afghanistan, Iran and North Korea.

Earlier this year, Trump personally dispatched O'Brien to help free U.S. rapper A$AP Rocky, who was being held on assault charges in Sweden. The hostage negotiator interviewed for the post last week, the Washington Post reported.

O’Brien has attributed Trump's support to an unprecedented number of U.S. citizens being released from captivity overseas.

"This wouldn't happen with all of these hostages and detainees without the support of the president," O'Brien said in a March 6 news conference following the return of Danny Burch, a hostage formerly held in Yemen.

"The president has had unparalleled success in bringing Americans home without paying concessions, without prisoner exchanges, but through the force of will and the good will that he's generated around the world," the former hostage negotiator continued.

Trump's decision to name O'Brien on Wednesday came a day after the president publicly named five finalists for the position of national security adviser.

Speaking to reporters aboard Air Force One while en route to California, Trump said the others on his shortlist were: Army Maj. Gen. Ricky Waddell, the assistant to the chairman of the Joint Chiefs of Staff, who previously served as deputy national security adviser under Bolton's predecessor, H.R. McMaster; Lisa Gordon-Hagerty, the undersecretary for nuclear security at the Department of Energy; Fred Fleitz, a former Bolton chief of staff and former CIA analyst; and retired Army Lt. Gen. Keith Kellogg, who serves as the national security adviser to Vice President Mike Pence.

Trump abruptly ousted Bolton last week, capping a tumultuous tenure marked by deep rifts between an unconventional president seeking bloodless foreign policy wins and a strident interventionist who was skeptical of Trump's agenda and had clashed with top administration officials, including Secretary of State Mike Pompeo.

Most recently, the pair clashed over Trump's desire to host leaders of the Taliban at Camp David to finalize a peace agreement in the days before the anniversary of the 9/11 terrorist attacks. The idea was strongly opposed by Bolton, while officials at the State Department argued it could move the parties closer to an agreement.