"God bless" 2020 Democrats pushing for Medicare for All, "but know what that entails," Pelosi says 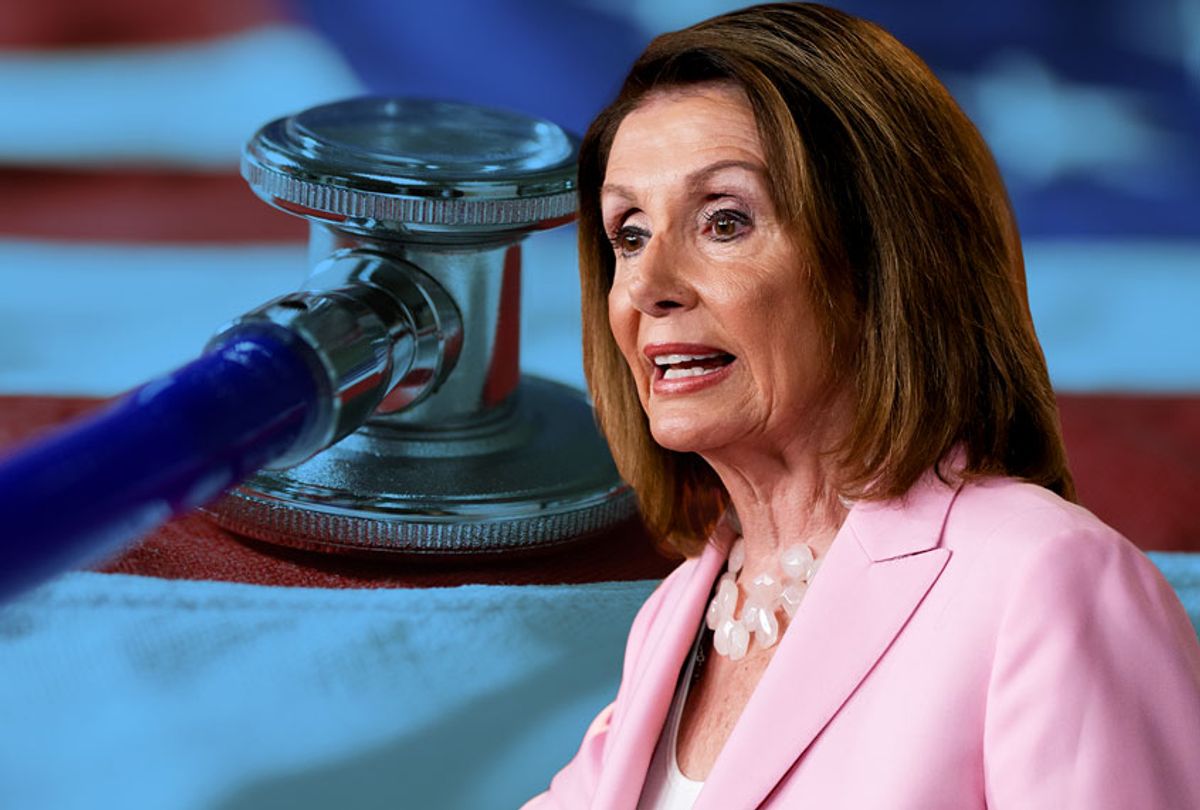 Speaker of the House Nancy Pelosi, D-Calif., argued Tuesday that Democrats should focus on making improvements to the Affordable Care Act instead of pushing for a "Medicare for All" health care system.

"God bless 2020 Democratic presidential candidates putting forth Medicare for All proposals, but know what that entails," Pelosi told CNBC.

"I believe the path to 'health care for all' is a path following the lead of the Affordable Care Act," she added. "Let's use our energy to have health care for all Americans — and that involves over 150 million families that have it through the private sector."

Several 2020 Democrats are advocating for some version of Medicare for All, the health care system popularized by Sen. Bernie Sanders, I-Vt., during his first presidential run in 2016. Sanders, a top-tier 2020 Democrat, has called for eliminating private health insurance in favor of a government-sponsored plan which would cover virtually all health expenses.

Pelosi's thoughts on how to improve the nation's health care system appear to align more closely with those of former Vice President Joe Biden, who in his 2020 presidential bid is calling for developing on provisions of the ACA.

The House speaker has been working for months on efforts to strengthen the ACA, including a drug pricing bill poised to be unveiled soon.

A draft of Pelosi's proposal to reduce drug prices, which surfaced last week and which the speaker's office said is still subject to change, is more progressive than many had expected.

It would allow the government to directly negotiate prices on the 250 drugs that pose the greatest total cost to Medicare and the U.S. health system and that do not have at least two competitors. Those would include some insulins, cancer treatments and speciality drugs. Negotiated prices would then be available to all consumers rather than just Medicare beneficiaries, according to the draft.

The legislation would also use an international pricing index that would base drug prices to the average paid in six other countries: Australia, Canada, France, Germany, Japan and the U.K. That is similar to a proposal from the Trump administration, which is currently under review.

Pelosi's bill would also impose harsh penalties on drug manufacturers that do not reach an agreement with the government or refuse to participate in negotiations. They would face a noncompliance fee equal to 75 percent of the gross sales of the drug being negotiated from the previous year.

The measure is unlikely to gain support from Republicans, who broadly oppose allowing the federal government to negotiate, arguing that it consists of meddling in the free market.

Yet, President Donald Trump appears eager to sign legislation curbing drug prices as he ramps up his 2020 reelection bid to make good on a campaign pledge.

The White House has engaged with Pelosi's office on major legislation combating the cost of prescription drugs for months, but it remains unclear if Trump is eager enough for a win to meet her at least part of the way. It also remains unknown whether Pelosi would be willing to share a victory on the issue ahead of 2020.

Roughly 80 percent of Americans across the political spectrum have said the cost of prescription drugs is "unreasonable," according to a survey released earlier this year by the nonpartisan Kaiser Family Foundation.