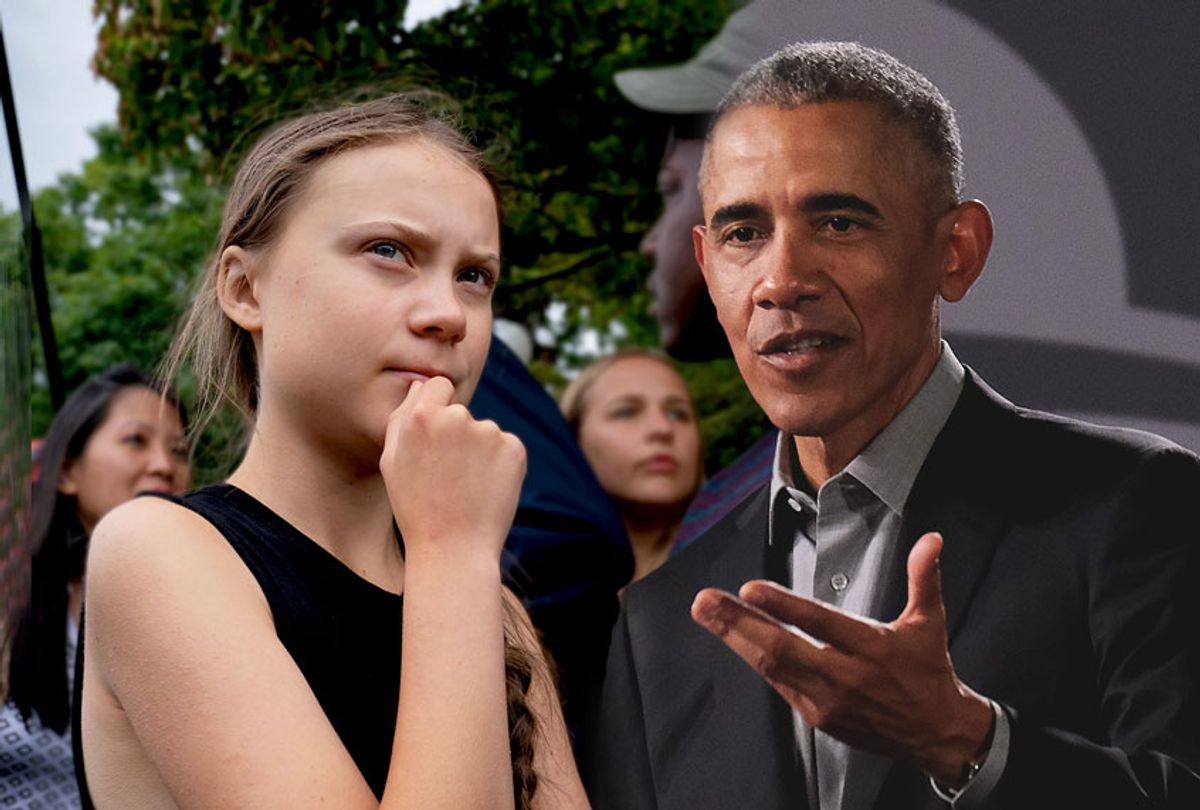 Teenage advocate Greta Thunberg submitted no prepared testimony before she sat down with lawmakers on Capitol Hill to discuss the global climate crisis Wednesday. Instead, she submitted the IPCC special report on global warming and a call of action just eight lines in length.

Ahead of Wednesday's testimony, Thunberg met with former President Barack Obama and Sen. Ed Markey, D-Mass., the co-sponsor of the Green New Deal in the Senate. At their meeting, Obama reportedly fist-bumping the teenager and said, "You and me — we're a team."

"Just 16, @GretaThunberg is already one of our planet’s greatest advocates," the former president later tweeted. "Recognizing that her generation will bear the brunt of climate change, she’s unafraid to push for real action. She embodies our vision at the @ObamaFoundation: A future shaped by young leaders like her."

Markey highlighted how politicians have "failed" to listen to "the young people of the world," such was Thunberg.

"By failing to take meaningful action on climate, our leaders failed the young people of the world," Markey wrote on Twitter. "A generation of leaders owes our youngest generations an apology & a commitment to finally take the bold action we’ve failed to achieve. Proud to join young climate activists today."

Thunberg has emerged as a prominent social activist ever since she launched a solitary school strike outside the Swedish Parliament building in August 2018. She has repeatedly pointed out that the science regarding climate change is irrefutable and that her generation, which will have to inherit a dying planet as a result of the irresponsibility of generations prior, has a right and a responsibility to protest the status quo. While millions of other young people have been inspired by her actions and also participated in climate strikes, Thunberg has also become a polarizing figure, with many on the right attacking her physical appearance and autism in order to demean both her and her cause.

"When haters go after your looks and differences, it means they have nowhere left to go," Thunberg tweeted in response to some of her critics earlier this month. "And then you know you’re winning! I have Aspergers and that means I’m sometimes a bit different from the norm. And — given the right circumstances- being different is a superpower. #aspiepower. I'm not public about my diagnosis to 'hide' behind it, but because I know many ignorant people still see it as an 'illness', or something negative. And believe me, my diagnosis has limited me before."

Obama's presidential legacy is also distinguish by his focus on addressing climate change, although he was ultimately more successful at doing so on the international level, such as with the Paris climate accord, than on the domestic front.